Revocation opens an unlikely path back to jail

The Supreme Court has taken advantage of a change in the court to revoke its decision not to study the pardons granted by the Government to the leaders of the procés. 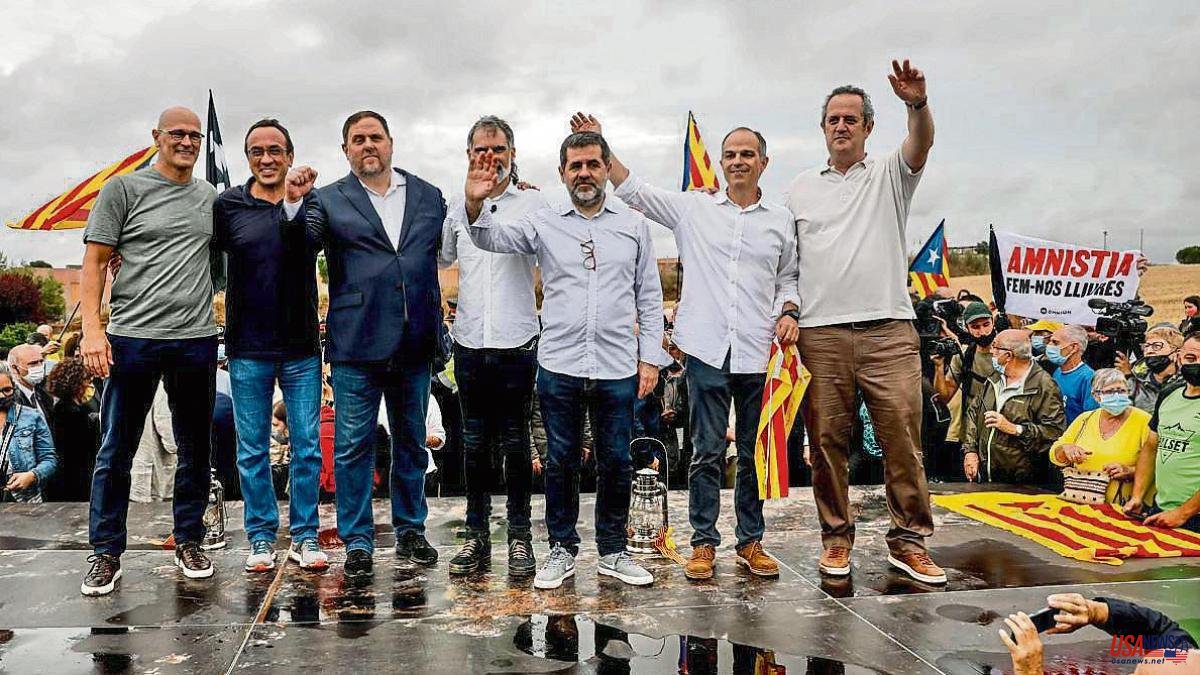 The Supreme Court has taken advantage of a change in the court to revoke its decision not to study the pardons granted by the Government to the leaders of the procés.

This means that the agreement of the Council of Ministers by which the grace measure was granted to nine convicted by the court will be analyzed by the magistrates and, in the coming months, they will decide if the grace measure was legal or if, on the contrary, it failed to comply with any norm, which would provoke the annulment of the pardons and the return to serving the sentence of those pardoned. Legal sources consider it unlikely that this will be the final result of the process, but not impossible.

The Administrative Litigation Chamber of the High Court has changed its criteria and will enter into the merits of the appeals against the pardons granted when estimating the reversal appeal by three votes in favor versus two against.

According to legal sources, the chamber orders the continuation of the proceedings and postpones the ruling on the lack of legitimacy of the appellants raised by the State Attorney against the appeals that had been filed to the sentencing process.

In January, the Contentious-Administrative Chamber agreed not to enter into the merits of the appeals, now it modifies its criteria due to a change in the internal balances of the court itself.

Two of the magistrates who ruled in January have retired and two others have entered, which has resulted in this change of opinion.

Segundo Menéndez, who voted in favor of inadmissibility of the appeals, has been replaced by Inés Huerta, in favor of studying them.

Despite the fact that the court's decision was expressed in a court order, several of the appellants filed an appeal for reconsideration, which is the one that has now been estimated by the Contentious-Administrative Chamber itself.

The granting of the partial pardons allowed the release of the former vice-president of the Generalitat Oriol Junqueras, several ex-ministers, the president of Òmnium Cultural, Jordi Cuixart and the general secretary of Junts per Catalunya.

Despite being a discretionary measure, the Contentious Chamber received up to fifty appeals against the Government's decision, considering it illegal.

However, the High Court decided in January –in a resolution that has now been revoked– not even to admit the appeals for processing, that is, not to go into the merits, when upholding the previous allegation of the State Attorney's Office that defended that none of the the appellants is entitled to take legal action against the grace measure granted by the Government.

The Contentious-Administrative Chamber took into account its restrictive doctrine on active legitimation. However, now the study on the legitimacy is postponed at the time of the sentence.