One person has died today in Kyiv after a missile attack that has seriously damaged two residential buildings, as reported by the mayor of the Ukrainian capital, Vitali Klichkó. 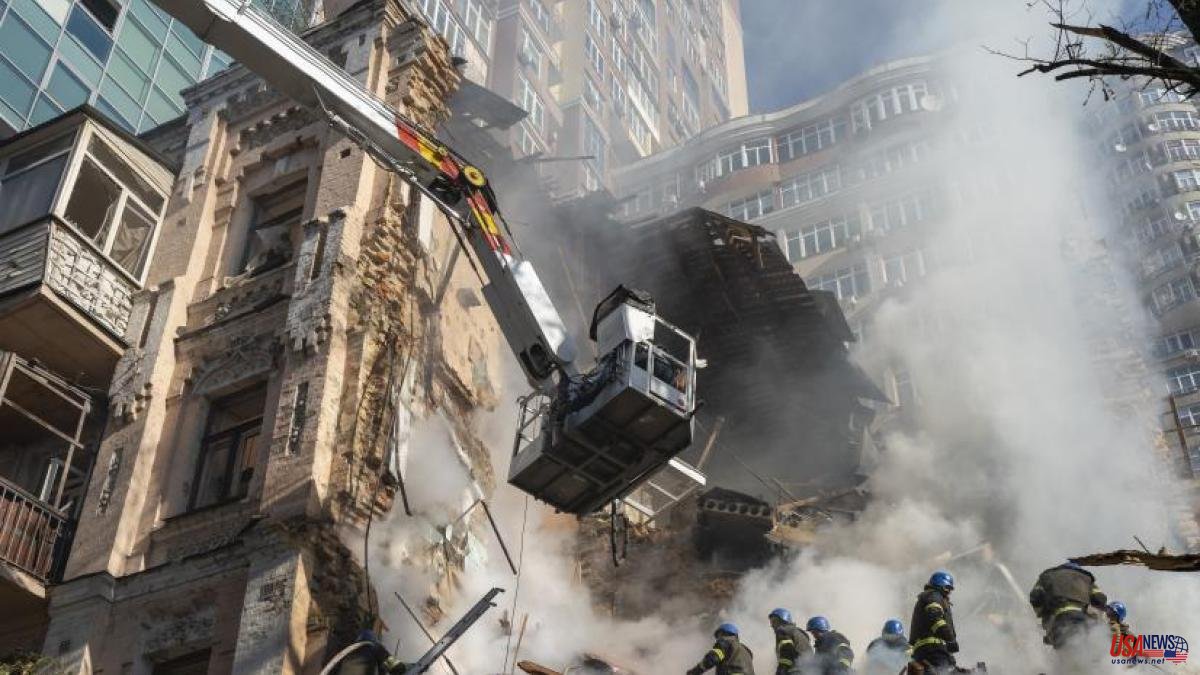 One person has died today in Kyiv after a missile attack that has seriously damaged two residential buildings, as reported by the mayor of the Ukrainian capital, Vitali Klichkó.

The mayor said on Telegram that the rescue services that went to the scene found the body of a person under the rubble of the building, located in the Pechersk district.

"Attack on the capital. According to preliminary information, two residential buildings were hit in the Pechersk district. Several missiles were shot down by the air defense over kyiv," the councilor announced in a message on Telegram, quoted by 'Ukrainska Pravda'. The outlet adds that residents on the left and right banks confirmed hearing explosions in the city.

From 2:45 p.m. local time, the anti-aircraft alert for all of Ukraine is in force for possible missile attacks. Previously, the heads of the regional administrations of Kryvyy Rih, Oleksandr Vilkul, and Mykolaiv, Vitaly Kim, had reported a massive launch of missiles from Russian territory.

The attack comes at the height of the G20 meeting, in which the leaders of the most developed economies are debating a common condemnation of the Russian invasion of Ukraine for its devastating effects on people and the economy. The document states that "the current era should not be one of war" and considers the use or threat of use of nuclear weapons to be "inadmissible".