Olona, ​​at dawn and with a west wind

His insults are gallons on our chest”, proclaimed Macarena Olona on Monday in the first electoral debate, to whom, faithful to a tradition that begins with the Poema de Mío Cid, so loved by ultramontanos, in this Campaign Diary we have assigned the (epic) epithet of Lady Patria. 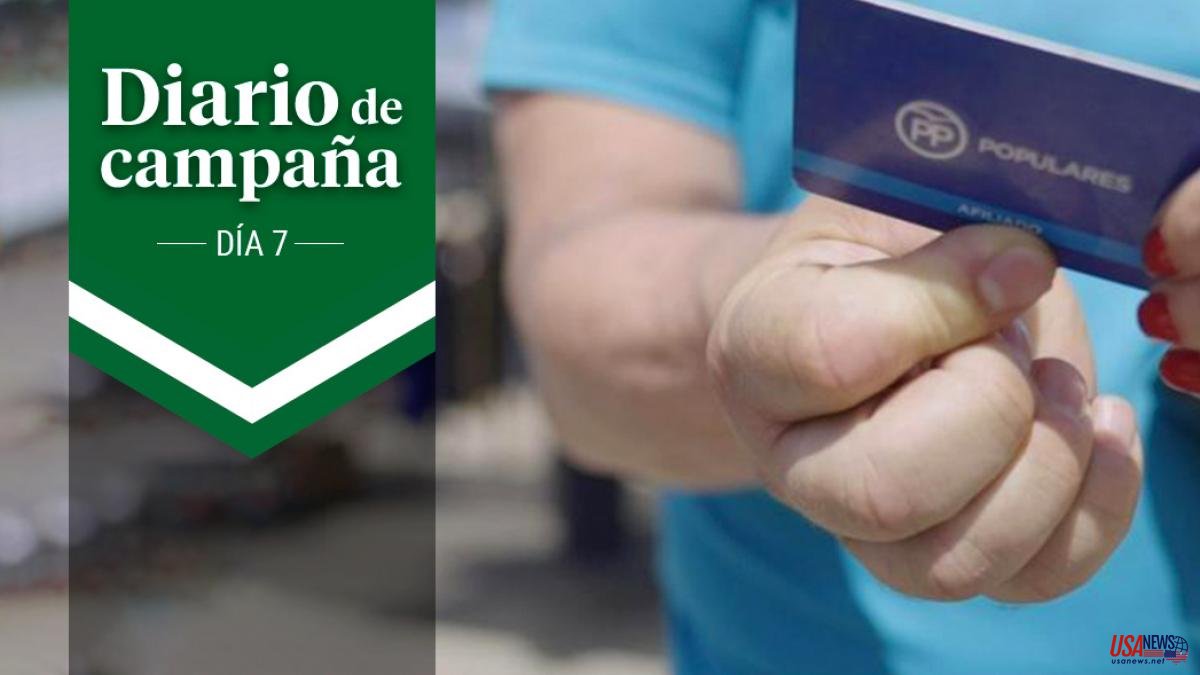 His insults are gallons on our chest”, proclaimed Macarena Olona on Monday in the first electoral debate, to whom, faithful to a tradition that begins with the Poema de Mío Cid, so loved by ultramontanos, in this Campaign Diary we have assigned the (epic) epithet of Lady Patria. More bad years will come and they will make us more blind, predicted Ferlosio. They are already here. "I come hungry for prosperity and protection for the Andalusians," the Vox caudilla said yesterday, at dawn and with a Levante wind. In the background, a fixed shot of Seville Cathedral, a hollow mountain, an inverted valley, as described by Théophile Gautier. From the front, Herrera in the holy Cope: "Moreno is going to be an extraordinary vice president, I am going to give him his space."

Two Sisters (Seville). Outside day. Olona runs into a miles gloriosus from the PP who tears up his 'cowardly right-wing' card with one hand. "In the debate you convinced me, you have my support." dramatic pause. Intense hug. Still image. Curtain. All very spontaneous. The star, with fan and soft pink, left the scene. Officially her schedule was going to be cleared for 72 hours. Until Friday she would not show his warrior medals again. In Canal Sur they felt vertigo and nostalgia before the emptiness that opened in the electoral rung. A campaign with Escarlata O'Hara -we Spanishize the name, as appropriate- is not the same as without it. A few hours later she changed her mind and got back on the road.

The profile of the rest of the candidates, in comparison, is more (aero)flat. Mr. Concordia (Moreno) crossed the Pedroches of Córdoba yesterday –“Distant and alone / Jaca black, big moon”, wrote Lorca–, snatched by a carnal and bloody love. "The president has a special bond with animals." The PP candidate was reunited – finally – with Fadie, the discreet cow who in 2018 asked for the vote of the great carambola that would end up leading him to San Telmo: "Let's see if you bring me the same luck," he whispered in her ear like Romeo in love. The calf, with Indian dignity, kept a prehistoric silence. “Whoever is silent, grants”, insisted the shepherds of San Telmo.

Espadas, Ferraz's candidate, traveled to Baza in search of the wind that for centuries had driven the flour mills and the fate of Giraldeli, an Italian banker who in the 18th century was alderman of the Granada square. The neighbors, descendants of austere Palencians, did not know who he was. Some thought of the Cascamorras, a folkloric character who is thrown dyes every September for fear that the Virgin will steal them. He was saved because we are in June. Pax vobiscum.