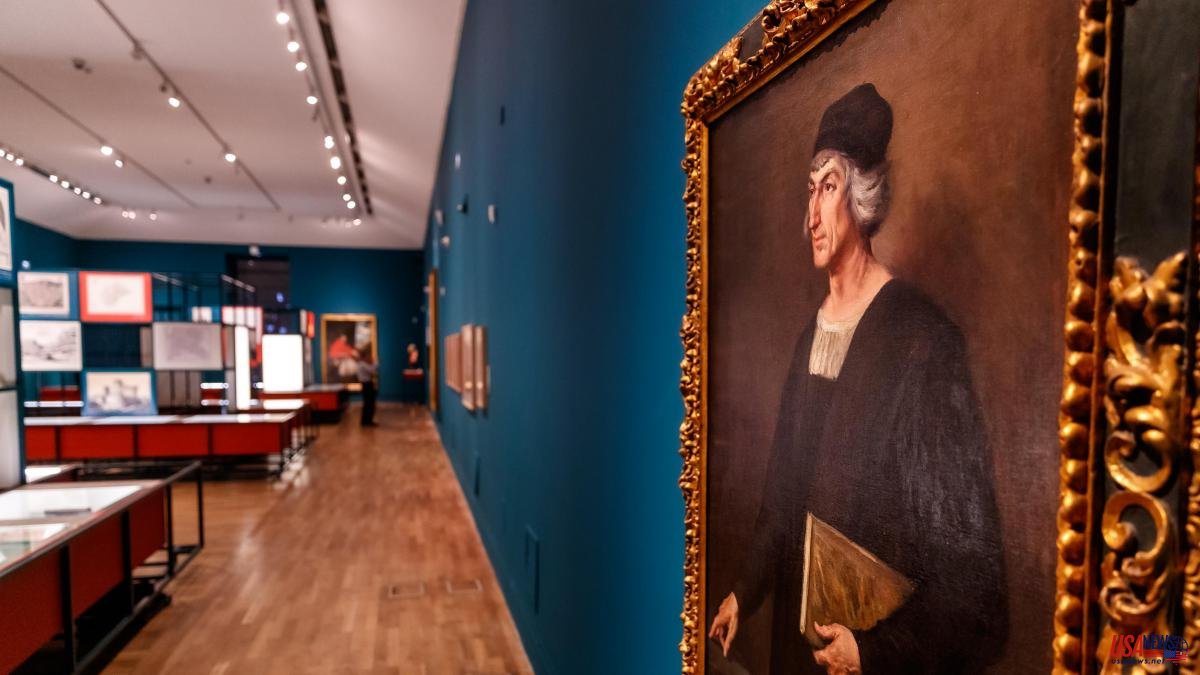 Elio Antonio de Nebrija's challenge to his contemporaries ended 500 years ago. Born in Lebrija in 1444, he passed away half a millennium ago now, in July 1522, in Alcalá de Henares. But his ability to study and innovate would last for centuries: the Latin manual that he had written with his students in Salamanca in mind was printed in France, Italy, Germany and the Netherlands, and in Spain, where Philip III made it the only authoritative text in 1598. for discipline, it was used until the 19th century.

Nebrija, from humble and determined origins, persuaded Isabel la Católica to carry out a Castilian grammar that the queen did not see as useful and even faced the Inquisition and, of course, the bad Latin of her time, armed with her classes and the diffusion capacity of the printing press. That he reported succulent benefits in copyright, as now shown in the great exhibition Nebrija (c.1444-1522), the pride of being a grammarian, which will be in the National Library of Madrid until February 26.

"I uprooted from all of Spain the Doctrinals, the Pedros Elías and other even harsher names, the Gualteros, Ebrardos, Pastranas and I don't know what grammatical fakes and misshapen non-deserving names," he wrote about his work against some of the Latin manuals most used in schools of its time. Some books that, like other humanists before him, he set out to eradicate. He made it. A student at the University of Bologna, upon his return he wanted for Castilla the educational model of quattrocento Italy, which meant renewing the teaching of Latin, inspired by the one used by classical authors. And achieving in his case a work that was used from the first day the child entered school.

His Latin grammar -the Introductiones Latinae (1485)-, the Grammar on the Castilian language (1492) -whose project he managed to sell to an Isabel the Catholic who did not understand why a treatise that taught the rules of a language that was learned in a reminding him, among other things, that with the conquest of Granada there were many Muslims who had to comply with the laws promulgated in the language of Castile - and the bilingual Latin-Spanish (1492) and Spanish-Latin (1494) dictionaries would reach a dimension that would cross borders, notably in Spanish America, where missionaries established Quechua or Nauhatl grammars on his model.

A firm defender of humanist ideas, the curator of the exhibition, the professor of Latin Philology Teresa Jiménez Calvente, points out that they wanted to "present a Nebrija as he saw himself." "At different moments in his life, he tells us that he has to follow a path, an itinerary, with crossroads where he must choose between complex decisions." And she remembers the cover that his sons printed to the Grammar of 1536, in which his profile image appears based on a portrait of Nebrija made by Felipe Bigarny "with two phylacteries on the sides alluding to the road."

"He could choose between the simple life of following an ecclesiastical career, he had a brilliant career in Bologna, he was well received by the Archbishop of Seville, but he chooses a steep, difficult path, staying as a simple Latin professor in a Spanish university of the time. He meets the students who are starting their baccalaureate in arts and he has to teach them Latin. He returns from Italy and is convinced that he has to teach them the classics", recalls the curator of an exhibition that brings together 200 pieces, most of them the National Library itself and which include everything from manuscripts calligraphed by Nebrija in his student days to the large spread on Jerusalem from the incunabula Voyage to the Holy Land by Von Breydenbach.

"He maintained a dialogue with the classics and brought up the idea that in the ancients there were fundamental subjects to collaborate in the reform projects of Spain at the time, and he made this known to Queen Isabella. His Grammar represents a revolutionary reform. and he will always be working on his grammars on the Latin language. The grammar will grow, it will be too extensive, for teachers, and he will create another one for the boys. And he creates a novel product, bilingual dictionaries, always updating them", says Jiménez Calvente.

He points out that he also believes that from grammar he can contribute his knowledge to modify the great subjects of the university at the moment. And he tries. In his opinion, a doctor who does not know the texts that are transmitted in Latin or Greek can misapply the disciplines. The same on the right. "And in theology, he does not believe in the idea that the language of God does not need grammar, he believes that it must be applied and if things are wrong, they must be corrected. That is why he had an inquisitorial process, for exercising his freedom to study texts in the realm of theologians", stresses the curator.

Which concludes that he was "a brave, audacious man, who made decisions weighing the pros and cons, and except for a brief moment under the patronage of Juan de Zúñiga, he is a university professor in the full sense and convinced that if he delivers his manuals The printing press will be able to have disciples in absentia and that his teaching will expand. In the end, his books flew".