The Mercat de Música Viva de Vic recovers full normality tomorrow after two years of pandemic, which despite this did not manage to close its doors. 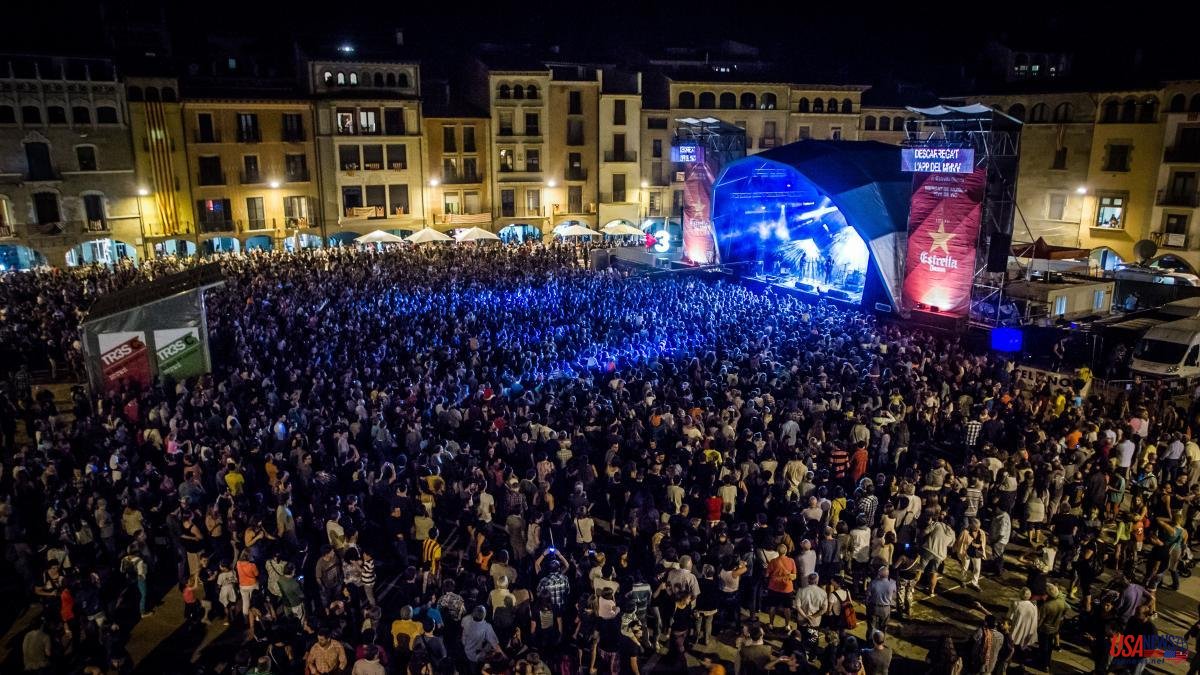 The Mercat de Música Viva de Vic recovers full normality tomorrow after two years of pandemic, which despite this did not manage to close its doors.

For this 34th edition, the meeting of professionals, amateurs and, above all, music, will return to figures that a priori indicate that return, with 60 concerts spread over some 20 stages throughout the city and the attendance of 700 professionals. And, in addition, a good part of the performances will be free, in wide open spaces of the capital of Osona.

The second backbone of the Mercat is its professional part which, under the name of MMVV Pro Catalan Arts, will take place from tomorrow Wednesday to Friday, concentrating on the L'Atlàntida area. In this period of time, and with the visibility, knowledge and (hopefully) hiring of local artists and groups in other Catalan, national and international settings, brief presentations of companies and projects (pitchings) or quick meetings (speed meetings) will be held.

As for the strictly artistic section, the already known scheme returns. That is to say, concerts for professionals, paid concerts and finally more massive performances in squares and large capacity in Vic. The poster to attract and promote is essentially local and national, and in a good number of them with recent work to offer.

Top-ranked numbers -Blaumut, Stay Homas, L'Hereu Escampa, Núria Graham, Pupil·les, Roba Estesa, 31 FAM- guarantee a more than remarkable attendance, although that is not the priority for Marc Lloret, director of the Market. According to the group's keyboard player Mishima, "I have always seen the Market as a space to present new products, it is not a commercial proposal".

"This is the first Mercat that is really like the one from 2019," explains Lloret. The recovery is at the level of space and capacity, although those comparisons do not like the person in charge of the appointment. “You don't have to see the Mercat as a place where concerts are held and compare it with other events in terms of public attendance or participating artists and groups. The figures are very circumstantial, they are not decisive, at least for me, that is to say, that need to say '105 or 120 have come'... A lot of people come when the Mercat is normal and in fact not many more can come because it is not a huge space."

And he concedes that “the figure has stabilized at around 100,000 or 105,000 people, and the important thing is that there is a will for people to come and enjoy the concerts. And everything indicates that it will be so. On the other hand, I am aware that what was most desired here was to have street music again because it is what makes the weekend beautiful at the Mercat”.

The main variations in relation to the last normal edition, that of 2019, begin in the most logistical aspect since "instead of two tents there is a larger one, because this has also become a meeting point for professionals since the usual spaces for that sometimes were a little tight. But last year in the tents there were already quite a few concerts and with respectable capacity”. Even so, Lloret acknowledges that overwhelming capacity is not sought because he believes that there is still a certain degree of pandemic prevention.

But the really important thing about the Mercat this year is to return to the philosophy that has characterized it since its inception, 33 editions ago! That is to say, “recover that normality that consists of being a space to meet and present proposals, that people exchange, not only that the artists are playing but that the companies can present their new catalogs; that the programmers, especially municipal ones although more and more private and festivals have already been signing up, can come to publicize their projects”.

Since Lloret has been in charge of the Mercat, the origin of the external promoters and buyers has been changing, “depending on how you work with the spotlights: for example, right now we have a strong presence in the Basque Country. But this aspect, at the same time, depends a lot on where the artists you program come from; at an international level we have a focus on France, the Nordics continue to be very loyal, for example, and on the other hand with the Latin Americans everything is very changeable”.

From this task of chipping away at stone, the musician-director assures, profit is being made, which materializes "when you make an international focus or guest there is always much more movement, such as with Portugal, especially in the field of folk and the music of the world”.

And how has the pandemic affected the Catalan music scene? Lloret acknowledges that in this year's edition the need to work especially is noticeable, but that is something that was already perceived in the two previous editions, in the midst of a pandemic. “Last year's edition was virtual, but the Mercat weekend we ended up programming 15 or 20 concerts. And we know that there are artists who did well doing the Mercat because things later came out, like Queralt Lahoz. And the truth is that I think that now there is the same need to work as in the last two years, but what there is still a lot of uncertainty.”