Mexico has nearly 7000 transit visas and temporary documents for migrants

HUIXTLA Mexico aEUR" Mexico's immigration agency issued almost 7,000 transit visas and temporary documents to migrants over the past few days to members in a caravan that had disintegrated in southern Mexico by Saturday. 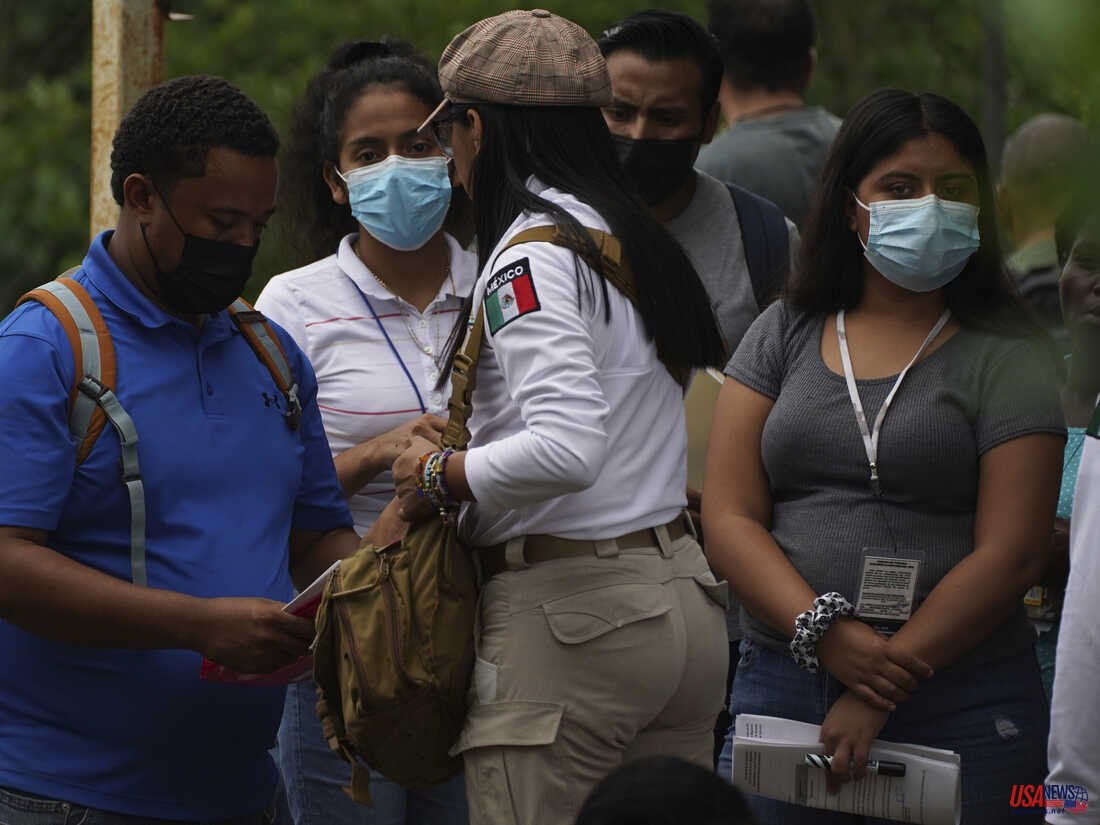 HUIXTLA Mexico aEUR" Mexico's immigration agency issued almost 7,000 transit visas and temporary documents to migrants over the past few days to members in a caravan that had disintegrated in southern Mexico by Saturday.

Many people were traveling north in buses, while others were scattered across Tapachula near the Guatemalan border. They were waiting for money or resting to make their way to the United States.

Although the Mexican migration agency didn't specify the type of documents it issued, most migrants presented papers that allowed them to leave Mexico within a month. The majority of the migrants want the documents to cross the border to the United States.

Tapachula was the last stop for the migrant caravan. It had broken up by Thursday when it was meeting with regional leaders at the Summit of the Americas in Los Angeles to discuss migration.

Friday's announcement by President Joe Biden, along with other leaders from the Western Hemisphere, was billed as a roadmap to countries that will host large numbers migrants and refugees.

Hundreds of migrants were lining up to buy tickets north at the Huixtla bus station in southern Mexico.

Alejandro GonzA!lez Rincon and six of his Venezuelan friends were unable to obtain tickets to Tuxtla Gutierrez (the capital of Chiapas), because all other destinations, including Mexico City, were already sold out. He said that their plan was to gradually make it up to the U.S. Border.

Venezuelan Eddy Jimenez intended to return to Tapachula once his cousins had their documents. He would wait until his family sent him money so he could resume his northward journey. He wanted to get to Mexico City, then Monterrey (a larger city near the border).

Mexican authorities have offered to relocate migrants to cities that can help them legalize their status faster, and they have dispersed other caravans since October. This was done to reduce migrant pressure in southern Mexico.

Human rights groups have criticised the lack of transparency by the migration agency in carrying out these procedures. Advocates claim that authorities may not always respect documents.