Menotti: "Messi can play until he's 40: he has a neighborhood, street and corner"

As coach of the first World Cup that Argentina won, on Friday César Luis Menotti (X/22/1938) committed himself to this newspaper whatever happened in the final. 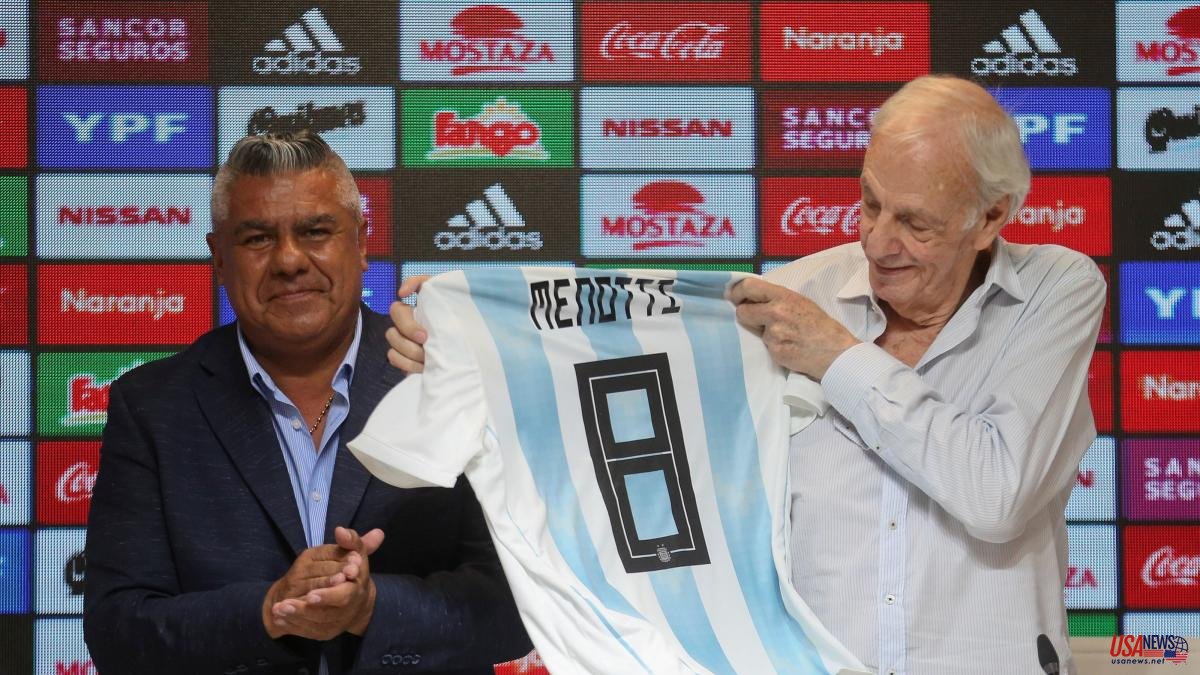 As coach of the first World Cup that Argentina won, on Friday César Luis Menotti (X/22/1938) committed himself to this newspaper whatever happened in the final. On Monday he receives the call when he is on the street. "There is a lot of traffic. I'll be home in 10 minutes, ”he apologizes.

What has he felt in the city?

Here in Argentina we won a game and it seems that we have won a war. There has to be a football joy but it's over. Now we have to think about Argentina again. In these cases I always quote Vázquez Montalbán. “Success takes you to the edge of the precipice. If you take two steps forward it makes you disappear. If you take two steps back, it really makes you progress, ”he said. I think it's time to take two little steps back.

Nervous? No. I don't look at football as a fan or as a manager. I want Argentina to win but I also want them to deserve it. And in the final, the team deserved to win the World Cup before penalties. The team has had an excellent World Cup. They have managed the good times and the bad times wisely. They have deserved it.

Did you speak to any of the champions in 1978 on Sunday?

I talked a lot with my children who are both soccer sick and also with some friends from Rosario. Not so long ago there were people who argued that he could not be the captain and now it turns out that we want to award Messi because he was born in Rosario. When the truth is that he was raised in Barcelona.

Does victory cover everything?

You have to enjoy the success of the World Cup but, as always, I have been concerned that they want to use it to direct the fans in a country that has many problems. Efforts must be directed towards fixing Argentina. The spirit of fighting must be maintained.

Messi was dressed in a typical Qatari garment moments before the World Cup was lifted.

Of course there is a use but Messi is a footballer and he is not responsible for cultural reactions. He doesn't have to do the job of a politician. He has to play soccer and he does very well in Argentina, Barcelona and Paris. What flatters him is his football, that is his way of expressing himself.

Why is it so different?

When he enters the field he is in love with the game. He has great respect for the people, the ball and the opponent. Of course, if he is offended, he defends himself, as he did against the Netherlands. But after so many years, Messi is still a neighborhood and town footballer, who only wants the ball.

Does he have much football left?

I think he can play until he is 40 years old. It depends on him and the desire he has. Physically he is ready to play five more years. And better than now. That is if he is not overwhelmed by success. He doesn't need to be an athlete, just show that he leads the game. He has no vanities, success has not changed him, nor is he mocking. He has a street, neighborhood and corner. He is a faithful representative of Argentine historical football.

When a penalty shootout is over, the usual thing is to run for the kicker or the goalkeeper. Instead, Messi knelt down and several players (Paredes, Acuña, Otamendi, De Paul...) went to hug him.

It is a reflection that he was always exemplary. He assumed the captaincy with humility. Nothing ever went to his head. Even less now. It is also a merit of what the Scaloni coaching staff has created. He has a group of 16 or 17 players who have been together for a long time.

In 2015, he explained in La Vanguardia that Messi had to be taken care of because, if not, one day he would not return. Were you surprised by his insistence until it succeeded?

His Argentine identity has been accentuated by knowing places and cities. If she stayed in Rosario, his feelings would have been more limited. As a player he would have been a crack but now he is a solid footballer, culturally complete. Training at Barça made him mature.

When he walks, he analyzes.

I don't want to get into polemics with Van Gaal. In soccer he runs, walks, jogs and speeds up but what can never be done is stop thinking. Messi knows that he is not going to run the 100 meters or the 10 kilometers. Messi is a total player. You have to review what that means: someone who manages the game. And for that in football you have to know a lot. It's very difficult to do it because the pitch is 7,000 square meters and there are ten other players on your team. Someone has to help you. Messi entered Barcelona and coincided with Guardiola, Xavi or Iniesta, not in a club where they don't want to play and just hit the ball.

In 1978, the oldest of the champions were Galván and Larrosa who were 30. In 1986, the oldest was Passarella with 33. He has been the leader and the best player with 35 years.

It is exceeding quality. He is professional and soccer player. One day he will get tired of making sacrifices and not being able to enjoy life. On his day, Maradona couldn't take it. They took him elsewhere. Messi is so generous that when he returns to Paris he will play the same.

He was talking about Scaloni: he avoids controversy and is not extreme.

It does not create divisions or problems. But it is not only Scaloni. It is the entire group that works with him: Aimar, Ayala and Samuel. With a group like this, who have had the experience of playing in Europe, it's easier to join the players. I was at the meeting and the president of the AFA guaranteed his support for his decisions. That's what counts. Because deep down you can have experience in clubs but no one has experience in national teams.

He has a monumental career. He has played for Benfica, Real Madrid, Manchester United, PSG and now Juventus. He is an exceptional footballer without any recognition. Today I see that all the newspapers give him a 9 or 10 because he forced a penalty and scored the second goal. But he has played many games like that. I'm happy for him.

You are very optimistic, but aren't people very triumphalist?

The people were very prepared because the team went to the World Cup quietly and humbly and is committed to a way of playing and not hitting the ball. The representativeness was achieved against. No smoke was sold. And so yes you can lose. This Argentina had an absolute guarantee to be able to lose. Perhaps that is precisely why they won.