Mediterranean countries fear a new wave of migration due to hunger 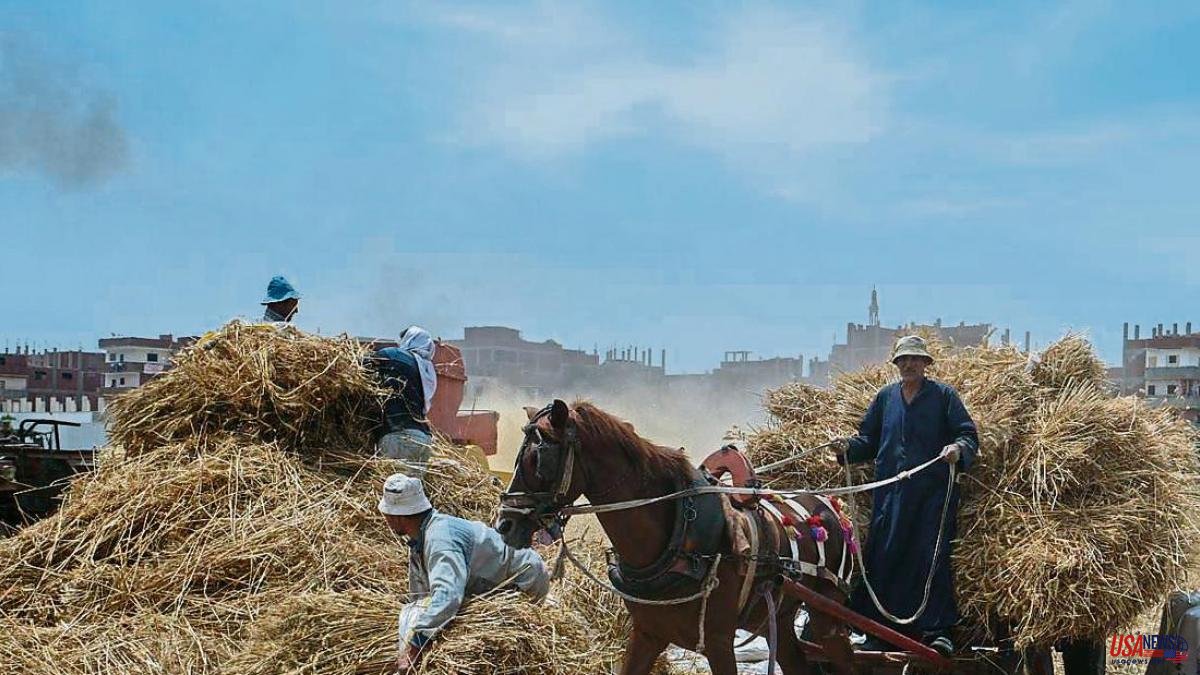 "Continuing to block Ukrainian grain exports means holding hostage and sentencing millions of children, women and men to death." This is how forceful Luigi Di Maio, the Italian Foreign Minister, expressed himself yesterday, who organized in Rome a ministerial meeting of the Mediterranean countries together with the Food and Agriculture Organization of the United Nations (FAO), where they joined together to demand Russia "clear and concrete signals" to unblock the Black Sea ports and avoid a food catastrophe that could trigger serious instability in the region.

Italy, one of the main entry routes for migratory flows in the Mediterranean, is trying to take leadership to mitigate the effects of the war in Ukraine on food security. Rome is well aware that a famine in Africa stemming from the blockade of Ukrainian wheat will cause more instability and therefore an increase in arrivals towards its shores. So far this year, 21,082 people have already disembarked, 6,000 more than last year on the same dates. One of Italy's fears is that the crisis will destabilize states "already fragile, lead to new wars, generate migratory flows that are ever more massive and difficult to govern," Di Maio warned yesterday, demanding that Moscow release the Ukrainian cereal with "facts, and not just words.

Next to Di Maio was the director general of the FAO, the Chinese Qu Dongyu, who recognized a "very complicated" global scenario and asked the Mediterranean countries to work together to minimize the risks in global food security.

Ukraine is the world's sixth largest exporter of wheat, having exported 20.1 million tons last year. But it exports especially to the countries on the southern shore of the Mediterranean. Last year Egypt bought 26% of the wheat it consumes from Kyiv. Libya, 44%. Tunisia, 53%. The weight of the invasion will also be felt in West Africa. According to the FAO, Senegal, Liberia, Benin and Mauritania import more than 50% of their wheat from Russia or Ukraine.

Russian President Vladimir Putin is guilty of "the worst food crisis in decades," denounced the German Cooperation Minister, Svenjia Schulze, invited to the conference because Berlin has the rotating presidency of the G-7. Lebanon, one of the hardest hit countries, buying 66% of Ukrainian wheat and 12% from Russia, also sees how its difficult food situation is being exacerbated by the conflict. “The world cannot continue to be at the mercy of military crises in Europe or in other regions of the world,” claimed its Foreign Minister, Abdallah Bou Habib, warning that his country is going through “the worst and most devastating economic crisis in its history. ”, which has put it “on the verge of financial, economic, social and even security collapse”.

The situation is especially worrying because the grain silos in the territory controlled by the Ukrainian government are already half full before this year's harvest begins, the head of the Grain Association of Ukraine, Mikola Gorbachev, warned yesterday. This means that if Moscow continues to blockade Ukrainian ports, the grain could stay ashore. According to data Gorbachev gave at a conference of the International Grains Council (IGC) in London, there are an estimated 30 million tons stored in Kyiv-controlled territory, more than half of a capacity of around 55 million tons. . In addition, there would be between 13 and 15 million tons stored in territories occupied by Russia.

Without access to Black Sea ports, at most Ukraine could export about 20 million tons of grain next year via alternative road, river and rail routes, limiting transit to no more than 2 million tons per month. It would be less than half of last year's 44.7 million tons.

Half of Ukraine's corn crops would remain on the ground, unharvested, if Russia maintains its blockade of ports. Ukraine is the world's fourth largest corn exporter. "We will not find a solution for exports without access to Black Sea ports," Gorbachev said.