Mbappé vs Achraf and other keys France - Morocco

The second semifinal of the World Cup in Qatar will face one of the great favourites, France, against the great surprise of the championship, Morocco. 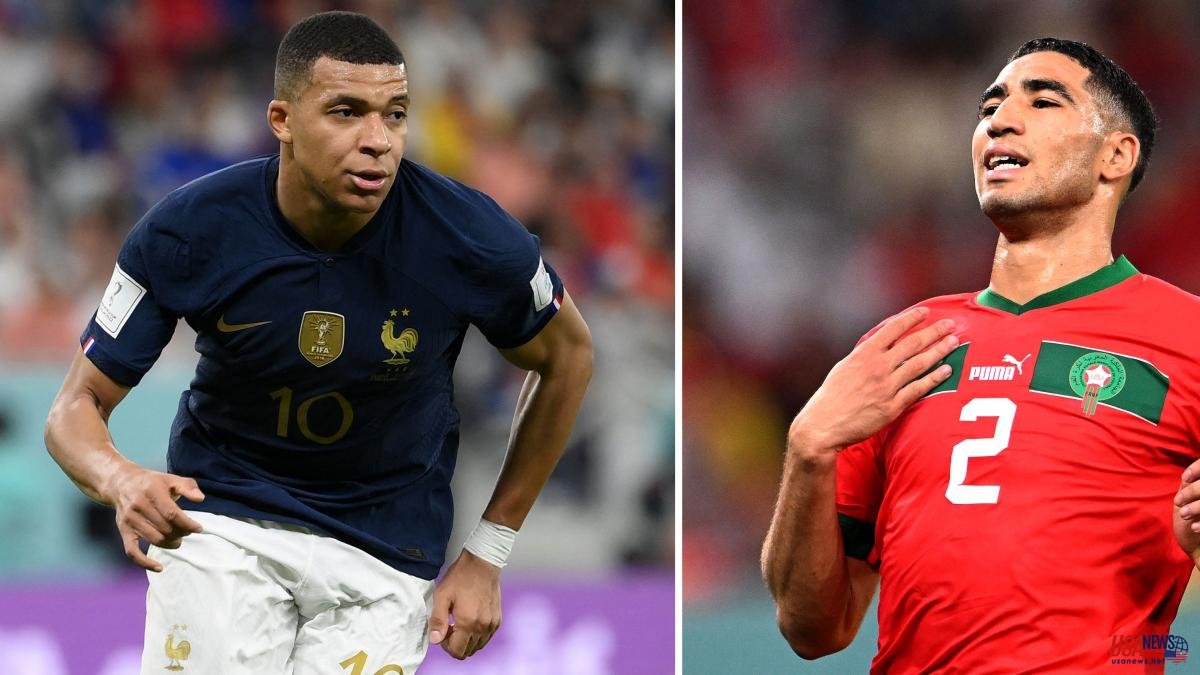 The second semifinal of the World Cup in Qatar will face one of the great favourites, France, against the great surprise of the championship, Morocco. A game that promises great moments and that has a lot of tactical fabric. Here my 5 tactical keys for this decisive match:

France plays in a marked 4-2-3-1 while Morocco plays in 4-3-3 and defends in 4-1-4-1. The French are a team with enormous and very chameleonic offensive potential. For its part, Morocco's plan involves giving up the initiative to organize and group. Regragui's men have reached the semifinals registering 23% and 26% against Spain and Portugal, respectively. So the weight of the game will be carried safely by France. So we will see many minutes of positional attack from France. Something that will be part of the plan imagined by both teams.

The match will leave us with this spectacular face to face between two of the fittest players of this World Cup and first swords of their position. The French striker will start from the left wing and will try to make a difference on the outside as well as reach the goal. In fact, he is the top scorer so far in the World Cup and, with 31 successful dribbles, the second player with the most overflow in the tournament. He defensively he has a certain license not to push himself. The one who will have double work will be the winger Achraf Hakimi, who will have to try to stop Mbappé, as well as join the attack at the exits of the African team. A super stimulating face to face. In addition, they are teammates, a factor that adds even more interest to the subject.

The ex-azulgrana is having a very good World Cup but it will not be easy tonight because the specialty of Regragui's plan is to close the internal connections. They pressure the ball holder very well, while making potential receivers impossible. So the French midfielder will have to move very well and his teammates will have to be very sharp to find him.

One of the great dangers of the Moroccan team are the counterattacks that they make taking advantage of the undefended field plot. They are very clear that after each recovery of the ball the pass has to be forward to go out. Especially on his right side with Achraf's power and speed. But it is that France also has in the transition speed one of its most dangerous weapons. When they can, they are almost unstoppable. Today they will not have many options for it (Morocco accumulates 74 fouls) but surely some game will allow it.

The frame formed by these two footballers is revolutionizing this World Cup. Ziyech starts from the right but sits inside to receive and drive when Morocco has the ball and Ounahi, one of the great surprises of the championship, is contributing everything: control, deployment, inside overflow with his excellent dribbling ability and arrival. The mix of these two footballers with Hakimi transforms the right-handed sector into the strong side of the Moroccans. It is no coincidence that they overturn the game 50% for this sector.