Emmanuel Macron won a new five-year term in the Elysee in the elections last April. 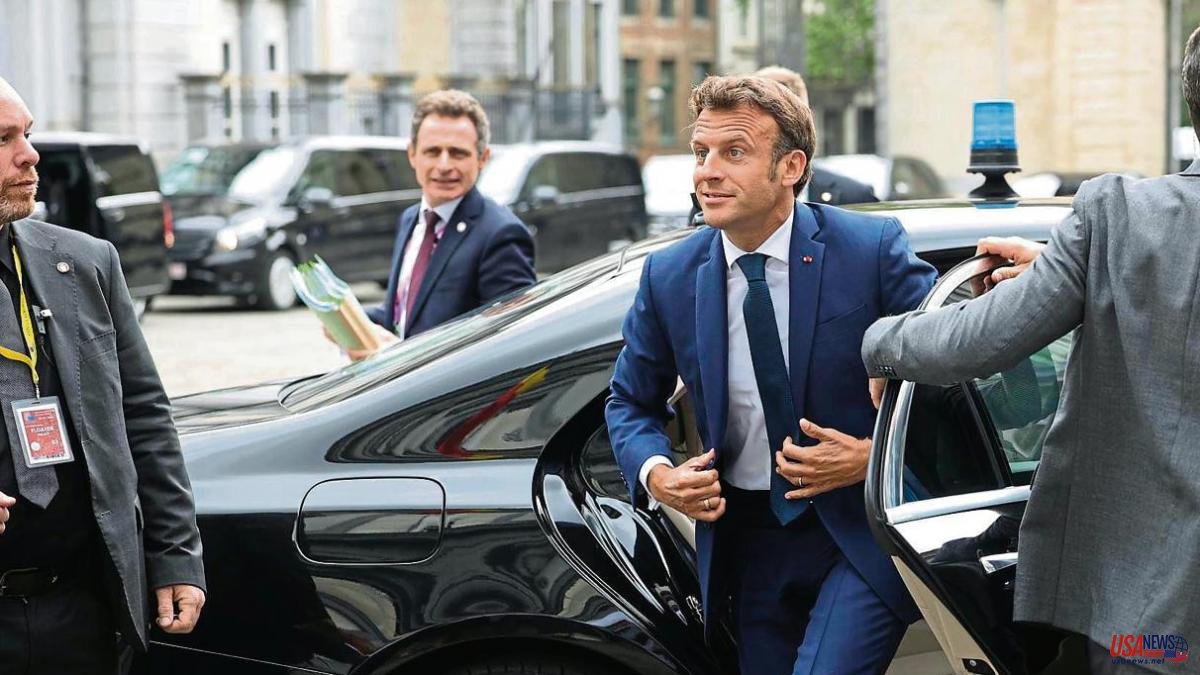 Emmanuel Macron won a new five-year term in the Elysee in the elections last April. But the viability of his government program depends on whether the parties that support him achieve an absolute majority in the new National Assembly that emerges from the legislative elections on June 12 and 19. That goal is in doubt, according to polls released so far.

The atmosphere in France today is very different from what it was in the spring of 2017. Macron, who was only 39 years old, embodied novelty and hope. He had forcefully prevailed over the far-right Marine Le Pen. The citizens wanted to reinforce it and gave his party, La República en Marcha (LREM), and its allies 350 deputies, 61 above the absolute majority. The general opinion of analysts and demographic experts is that such a comfortable victory will not be repeated. Despite the fact that the majority electoral system, with two rounds, greatly favors the first party, it is estimated that the coalition around Macron, called Ensemble (together), could achieve between 275 and 320 deputies (the absolute majority is 289). . In any case, these are very approximate calculations. Each circumscription is a world.

In the presidential elections, Macron received a lot of support from left-wing voters who wanted to stop Le Pen. In the legislative the situation can be reversed. The leftist coalition headed by Jean-Luc Mélenchon feels strong. In many constituencies, the two candidates in the second round can be the one from the left and the macronista. The success of the latter will depend on the support of the right-wing electorate.

It is not only important for Macron to have an absolute majority of his own in the Assembly. He needs the ministers who run for office to win his seat. Otherwise they would be disempowered and politically weak. The Prime Minister herself, Elisabeth Borne, a technocrat who has never submitted herself to the scrutiny of the ballot box, is running for a Norman constituency. A minister in a difficult situation is Damien Abad, a turncoat from the right, whom two women accuse of rape.

If there are no surprises, Ensemble should win the elections, followed by the leftist coalition and Los Republicanos (LR, right). The far-right National Regroupment (RN) has it very difficult due to the electoral system, which punishes it in the second round. Despite Le Pen's 41% in the presidential elections, it would already be a success to obtain twenty seats. In the outgoing National Assembly he had only eight, less than the communists.

Macron's party, formerly LREM and now renamed Renaissance, has several center-right and center-left allies, including former Prime Minister Édouard Philippe's Horizons party. The cohesion for five years of this alliance of circumstances is by no means guaranteed. During the last legislature there were dozens of desertions and fractures.

The president, conditioned by his institutional position, must participate in the legislative campaign to avoid surprises. Today he will visit a hospital in Cherbourg, in the northern department of La Mancha. The health sector is experiencing a critical situation, with a shortage of professionals after the stressful period of the pandemic. These issues will weigh on the outcome of the elections.