End of cycle in the Spanish team. 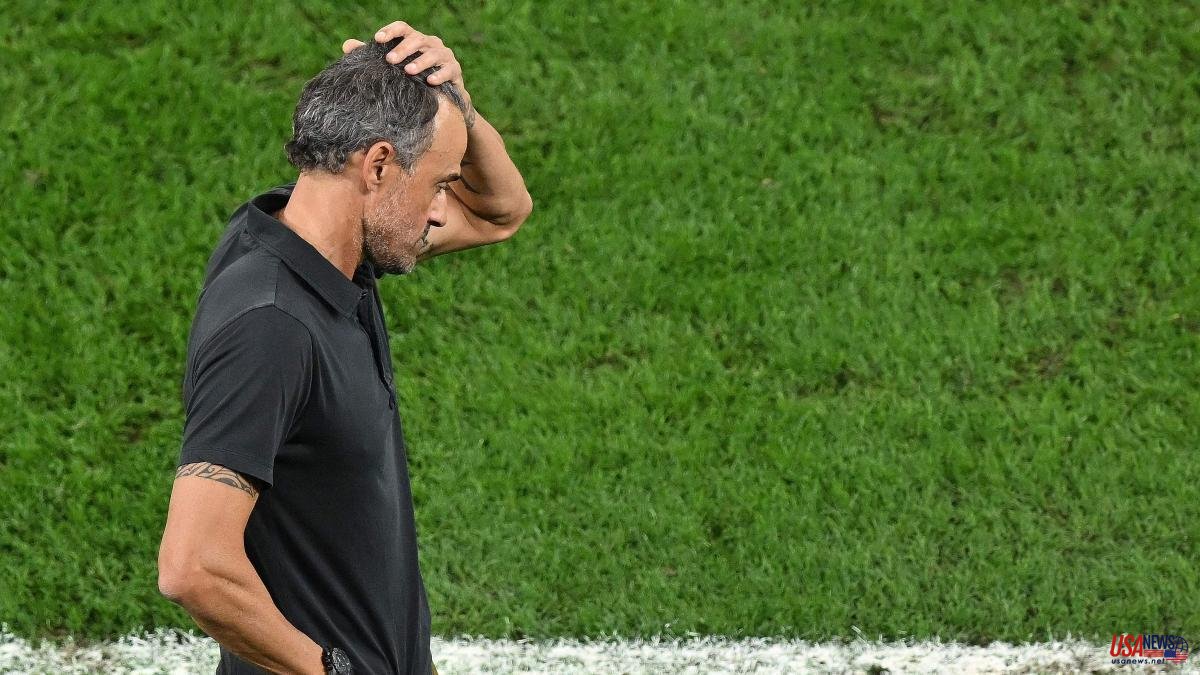 End of cycle in the Spanish team. The surprising and harsh elimination against Morocco in the round of 16 of the World Cup has led to a replacement on the absolute bench. Luis Enrique leaves his position and Luis de la Fuente, up to now the U-21 coach, will take over, according to La Vanguardia and confirmed by the RFEF.

The appointment of the new coach must be approved next Monday by the Federation's board of directors. It is expected that De la Fuente, who will sign a contract until Euro 2024, will be presented on December 12 at 12:30 p.m. in Las Rozas.

De la Fuente (Haro, 1961) has been working in the youth ranks of the Royal Spanish Football Federation (RFEF) since 2013 and has been quite successful. Since 2018 he was responsible for the under-21 team. The choice of him is the Federation's commitment to continuity in the project, since De la Fuente has worked with most of the internationals called up for the World Cup in the different categories.

With the arrival of De la Fuente, the stage of Luis Enrique concludes, who has completed a World Cup cycle. The Asturian came to the absolute bench after the 2018 World Cup in Russia and leaves it after the Qatar appointment, with a few months of hiatus in 2019 due to the death of his daughter Xana.

After saying goodbye through the back door of Qatar, Luis Enrique asked Luis Rubiales, president of the RFEF, a few days to digest what happened and be able to make a decision about his future calmly. But all the signs already pointed to the fact that he was not very keen to continue. It should be remembered that his contract expired once the World Cup ended.

But the period of reflection has barely lasted 24 hours, the time that has passed between the Spanish expedition landing in Barajas and the announcement that the RFEF and Luis Enrique separate their paths for the moment.