Being in a circus with six rings, all at the same time, a few steps away, without one bothering the other even if you can hear it. 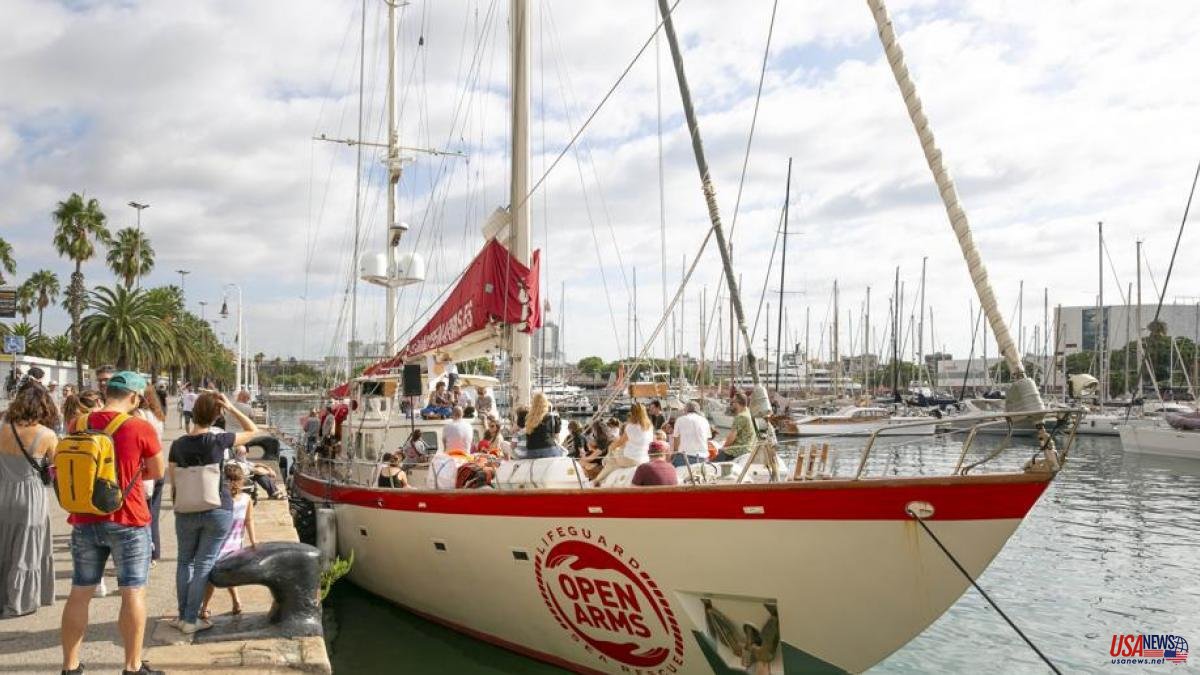 Being in a circus with six rings, all at the same time, a few steps away, without one bothering the other even if you can hear it. This was more or less the feeling that could be had yesterday morning walking through the Moll de la Fusta, the first Saturday of La Setmana del Llibre in Català. Well, it is also true that many things happened in the stands of publishers and bookstores where books were sold and booksellers, publishers, writers and readers met again.

With three stages in the central part, with performances more for adults, while on one side there were two spaces for family proposals. Oh, and outside, because that's a dock, and in the water there's a sailboat, the Open Arms Astral. There, on board the ship, the storytellers of the books made jointly by La Galera and the NGO were made, in which Lolita Bosch and Míriam Hatibi collect the stories of rescued people, transferred to the animal world with drawings by Chantal Vizcaíno. While the illustrator drew the story live, they were narrated in three sessions by Sílvia Abril, Andreu Buenafuente and Itziar Castro. They were not advertised. Today it will be Habiti and Santi Millán, and next weekend, Bosch, Gerard Quintana and Jordi Évole. The capacity on the boat is limited to 40 people, and registration is now closed.

And if the children filled the spaces, with proposals such as Míriam Tirado, Dàmaris Gelabert's Bon dia or Cacauet Teatre, the adults could listen, for example, to Jordi Coca and Guillem-Jordi Graells talking about Josep Montanyès (there were several talks about theater ), or to Marina Porras and Joan Magrané talking about Gabriel Ferrater (she says that he “changed the way I read”, that he “was the best, and he was also from Reus”). There was also talk of the 12th Illa dels Llibres prize, won by Sebastià Alzamora with Ràbia, the novelties of fantasy and science fiction or the legacy of Arcadi Oliveres.

Among many other acts, Hey Sherman, Natza Farré, Míriam Cano and Mariló spoke about feminism following Joanna Russ's book Com destroying the writing of the gifts (Raig Verd) before a mixed audience who were reminded that a book like this has to read especially men, because most women already suffer what he says and they know it. Cano –who would later repeat the stage talking about Matrix (L’Altra), by Lauren Groff–, however, assured: “Knowing the enemy has made me feel safer”.