Lesmes rules out that the Judicial Council rebels against the Executive

The president of the General Council of the Judiciary (CGPJ) and of the Supreme Court, Carlos Lesmes, was very categorical yesterday in the face of the crisis that is being experienced in justice as a result of the blockade created by the PP and PSOE in the renewal of the governing body of the judges, who has been in office for almost four years now. 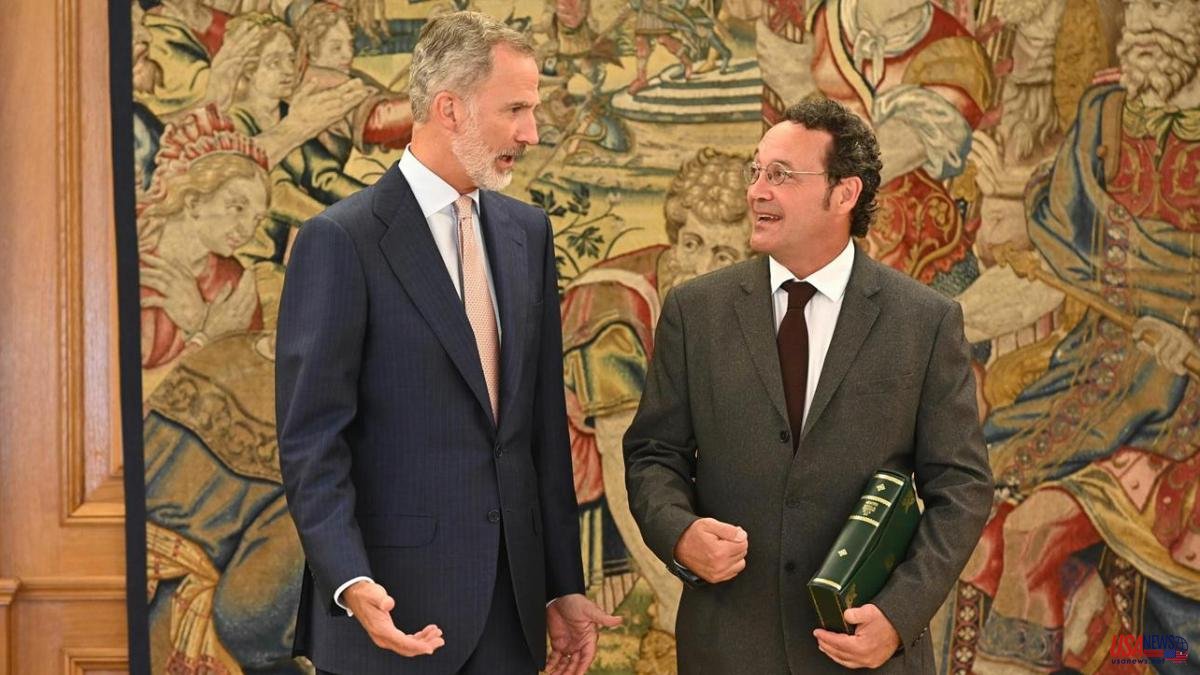 The president of the General Council of the Judiciary (CGPJ) and of the Supreme Court, Carlos Lesmes, was very categorical yesterday in the face of the crisis that is being experienced in justice as a result of the blockade created by the PP and PSOE in the renewal of the governing body of the judges, who has been in office for almost four years now. Lesmes defended his institutional role and issued a warning: the CGPJ has to comply with the law and the Constitution and this means reaching an agreement to appoint two magistrates of the Constitutional Court, against the more conservative wing. "I am opposed to this institution declaring itself in default with the Constitution and with the law," he settled.

Last July, the majority of the government modified the law that prevented the CGPJ from making appointments while it is in office. With the latest reform, it was given the power to appoint the two magistrates of the Constitutional Court, as required by law. However, the Socialists turned the screw and set a deadline to do so, which is September 12.

From the judiciary that was seen as an affront. Due to a “spurious” interest, the Government tried to expedite the appointment of these TC magistrates in order to appoint the two outstanding ones that depend on it, and thus ensure that the High Court changes its sensitivity and achieves a progressive majority in plenary.

The PP has raised its voice for these government movements and behind the scenes tries to stop the move by Pedro Sánchez's team. However, Lesmes has been clarifying in arguing that as judges they are obliged to comply with the law, even if they do not like it.

In this game of pressure, the idea is being launched that Lesmes was going to press for the CGPJ to meet the deadlines in order, in exchange, to be rewarded with a place on the TC at the proposal of the Government or the Senate. Yesterday Lesmes categorically denied this idea and pointed out as its origin those who want appointments to the Council to be blocked - appointments that would benefit the Government - because then he could appoint his two. "They intend to mediate me and make me believe that I am moved by personal interests, and they do it so that I falter," he warned.

“It would seem indecent to me that I took advantage of my position to obtain an advantage and I have made it known to all those who have asked me. That's why whoever says it deliberately lies. In the current circumstances I have no intention of going to the TC ”, she settled.

According to Lesmes, he defends that the CGPJ agree to appoint two magistrates of the Constitutional Court because it is their duty, compliance with the law and the Constitution, "which is typical of a rule of law", and he believes that it will be done even if the deadline is not met. Lesmes did not deny the discomfort caused by the two reforms of the law approved in the last year, the first to prevent the CGPJ from continuing to make appointments while in office and then another subsequent modification to require that only the appointments of the TC be made. . “I find it completely unacceptable that the powers to appoint magistrates of the TC and not of the Supreme, which has the same relevance, be renewed. Multiple warnings have been made about the need for this situation to end. But the fact that one is complaining cannot prevent the law from being complied with.”

Regarding the blockade of the CGPJ due to the lack of agreement by the two main political parties, Lesmes pointed out that he has "no hope" that the situation will be reversed. “The situation is absolutely unfortunate. The circumstances of the Supreme Court are bleak. Not long from now there will be rooms that will not be able to regularly constitute their sections. The situation of the Spanish justice system is bleak and has to do with renewal”, he underlined after the inauguration of the attorney general.