Jordan Diaz has outdone himself. 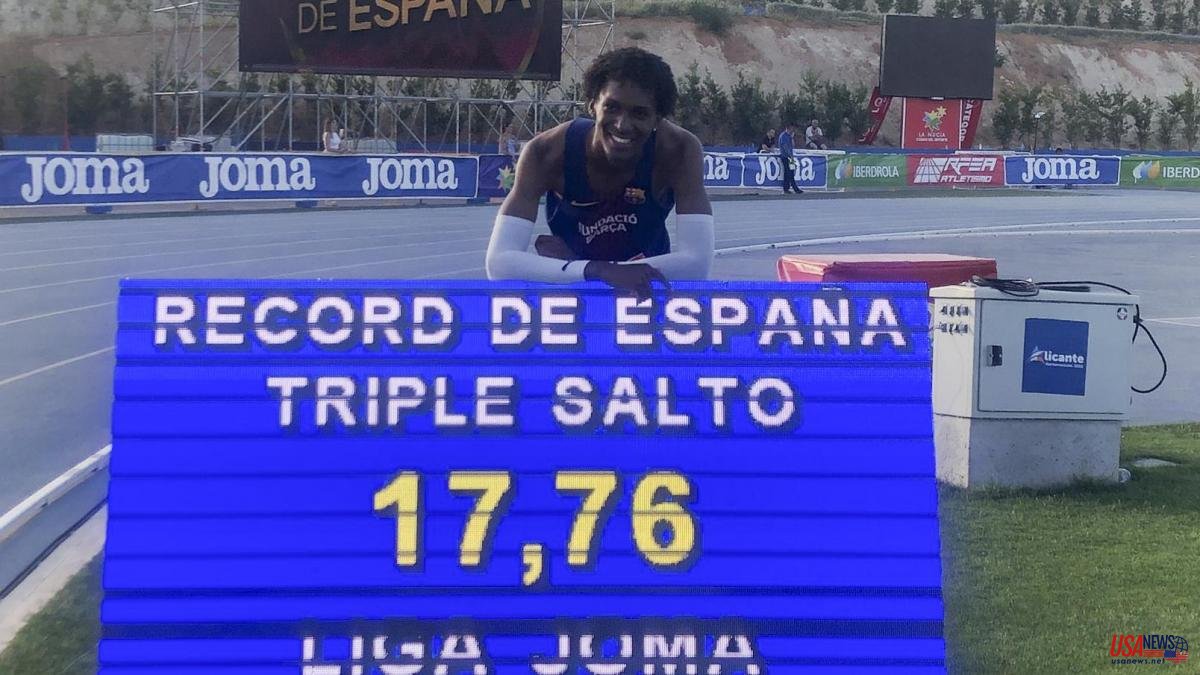 Jordan Diaz has outdone himself. Again. On June 4, in Andújar (Jaén), the Spanish athlete of Cuban origin set a mark of 17.30 meters in the triple jump, a Spanish record that beat his own result, harvested in February on an indoor track in Salamanca. This Sunday, in La Nucía (Alicante) Díaz has not only improved his record again: with 17 meters and 76 centimeters, 46 more than a week ago, he has pulverized it. As well as setting Spain's record, he has overtaken Cuban Andy Diaz to take first place in the world rankings for the year.

Jordan Díaz, at 21, is part of the FC Barcelona athletics team. With him he participates in the Joma League, the national club championship. It was in the final of this competition that he managed to set a Spanish record for the third time. It was his third jump, with a tailwind of one meter per second, totally legal. With her wide stride and his powerful acceleration, Jordan Diaz took flight and didn't land until she was sure his previous record was broken.

This year's triple jump world record was held by Andy Díaz with 17.64 meters. He had achieved it in May, at the twelfth edition of the Meeting Castiglione in Grosseto, Italy, surpassing his previous personal best by one centimeter. The Libertas Livorno athlete decided to leave the Cuban Federation in 2021 to go live in Italy.

The case of Andy Díaz has many similarities with that of Jordan and with that of many other Cuban athletes, who flee due to the poor situation of the country's sports system. The latter left in June 2021 the concentration of the Cuban team that was preparing in Europe for the Tokyo Olympics and stayed to live in Guadalajara. There, with his coach Iván Pedroso, who also trains Ana Peleteiro, he prepares for club competitions, but always with an eye on the internationals, now with Spain.

Despite having obtained nationality at the beginning of the year, Jordan Díaz will not be able to compete with the Spanish team until 2023. Therefore, he will miss the World Cup in Oregon, which takes place in July, and the European Championship in Munich, which will be held in August. Given this situation, his closest goal is the Diamond League, whose closest date is Paris, on June 18. This was stated by the athlete in statements to El País: "The final in Zurich, on September 7, will be my World Cup, and by then I hope to be close to 18 metres".

At the age of 16 he already exceeded 17 meters and, after proclaiming himself world champion under-18 and under-20 with Cuba, many begin to consider him the one chosen to beat Jonathan Edwards' 18.29 meters, the world record since 1995, in the World Cup event held in Gothenburg (Sweden). Jordan Diaz has a bright future in the triple jump. At the moment, he has smashed the Spanish record and has the best mark so far in 2022. Jumping 17 meters is no longer a challenge for him. He wants all 18.