Islam collides with the rainbow

"I consider being gay to be among the greatest gifts God has given me. 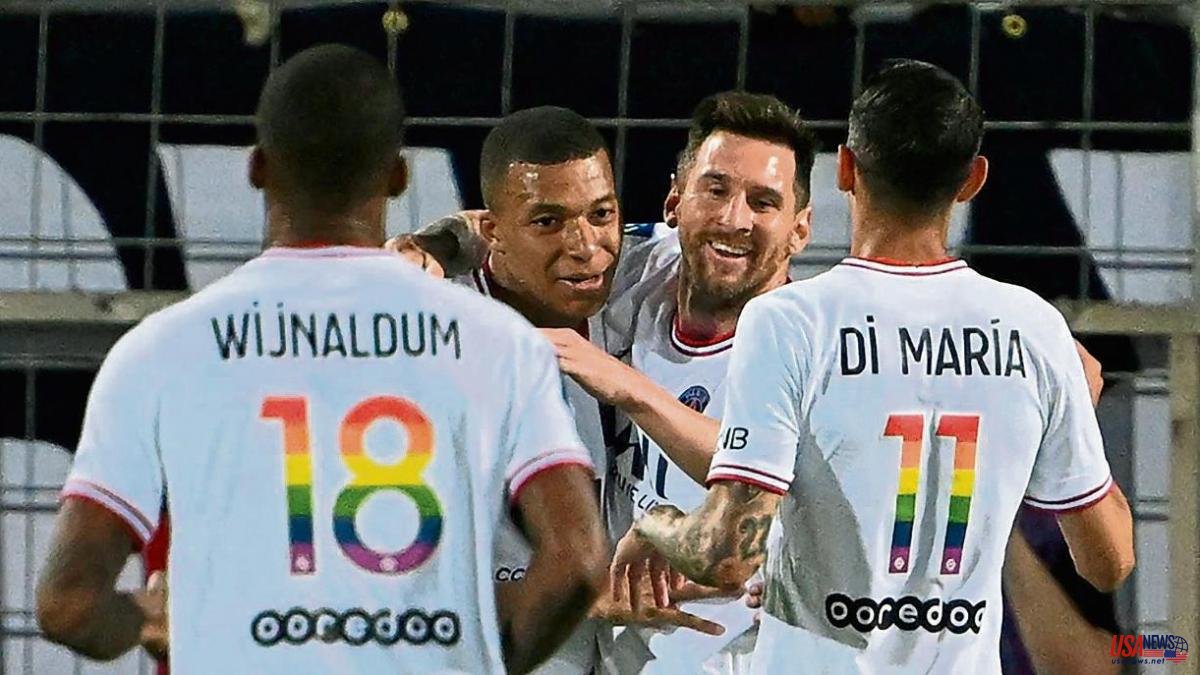 "I consider being gay to be among the greatest gifts God has given me." Tim Cook, CEO of Apple.

I still live in a bubble but I have the impression that here in Western Europe finding out today that a person is homosexual does not cause confusion, or even surprise, among the vast majority of people. If I were at a dinner party and someone next to me said, “I want you to know that I'm gay,” I would have to resist the urge to reply, “Oh yeah. Tell me something interesting about yourself.”

But when an English second division footballer came out as gay last week it was interpreted as a bombshell. What eggs! was the general response. A Times of London columnist called 17-year-old Blackpool striker Jake Daniels “the bravest person in the world”.

What this tells us is not very reassuring. It indicates that there is a very large gap in values ​​between society in general and the world of football in particular. Daniels' courage is applauded because it is assumed that when he goes out on the field from now on, especially if it is away from home, he will risk being called "faggot!". It would be a pleasant surprise if not. Screamingly questioning the sexual orientation of the referee or a player from the opposing team is as old as the law of offside.

The stadium is a place where people give themselves license to say all sorts of swear words they would never say at home, at work, or even at the bar. Part of the charm of being surrounded by a horde of the same tribe during a match is the freedom one has to revert to a beastly, or childlike, state and behave with unbridled irresponsibility.

That is why the campaigns that have been in football to combat racism and, more recently, homophobia. Like for example the other day in France when the Paris Saint-Germain players were ordered to take the field wearing the colors of the rainbow, a gesture in favor of Gay Pride. A PSG player, Senegalese Idrissa Gueye, refused to play out of principle and has received a sea of ​​criticism as a result. They have stoned him in the press and the French football federation has insisted that he apologize.

Little more to say, right? The almost general consensus is that there is no discussion. Idrissa Gueye is Jake Daniels in reverse. One is a hero; the other, a late night. A bad person. But… would it be a heresy, or at least an attack against the prevailing orthodoxy, to contemplate the possibility that Gueye was within his rights to say that he would not wear the colors of the rainbow?

He is a practicing Muslim, as are 97.2 percent of his fellow Senegalese, 97 percent of whom said in a recent poll that homosexuality was an unacceptable way of life. Would insisting that Gueye participate in a celebration of homosexuality (because that's what those colors signify) not only force him to repudiate an article of his deepest faith but fall into colossal hypocrisy? And, while we are at it, what about the country that pays his salary, the state that owns PSG, Qatar, where homosexuality is illegal? The hypocrisy of Gueye's bosses in insisting he join the gay party isn't colossal, it's as follows. He has no name.

There is more honor in Gueye's attitude than in that of the sheikhs, who have added a French football club to their collection of yachts, Rolls-Royces and other luxury toys, not excluding the 2022 World Cup. But the issue may still be more complicated than it seems. It could be said in defense of the Qataris that by joining the elite of European football they have been forced to play by European social rules, and if that means deviating from the doctrine of the Prophet, then that is the price to pay. Gueye doesn't want to pay it. He does have his limits. Should we then respect his freedom, in this case, non-expression? Or would the right thing for him have been to stay in his devout country and refuse to accept the millions he receives in sinful France? I don't know. I have more questions than answers. But I suspect, at the risk of being burned alive, that there is a debate here that is not entirely easy to resolve. That it is not all black and white, nor red, orange, yellow, green, violet and blue.