In Normandy they wouldn't allow it

Always first thing in the morning, a woman would make her way to the top of Turó de la Rovira carrying two large pots. 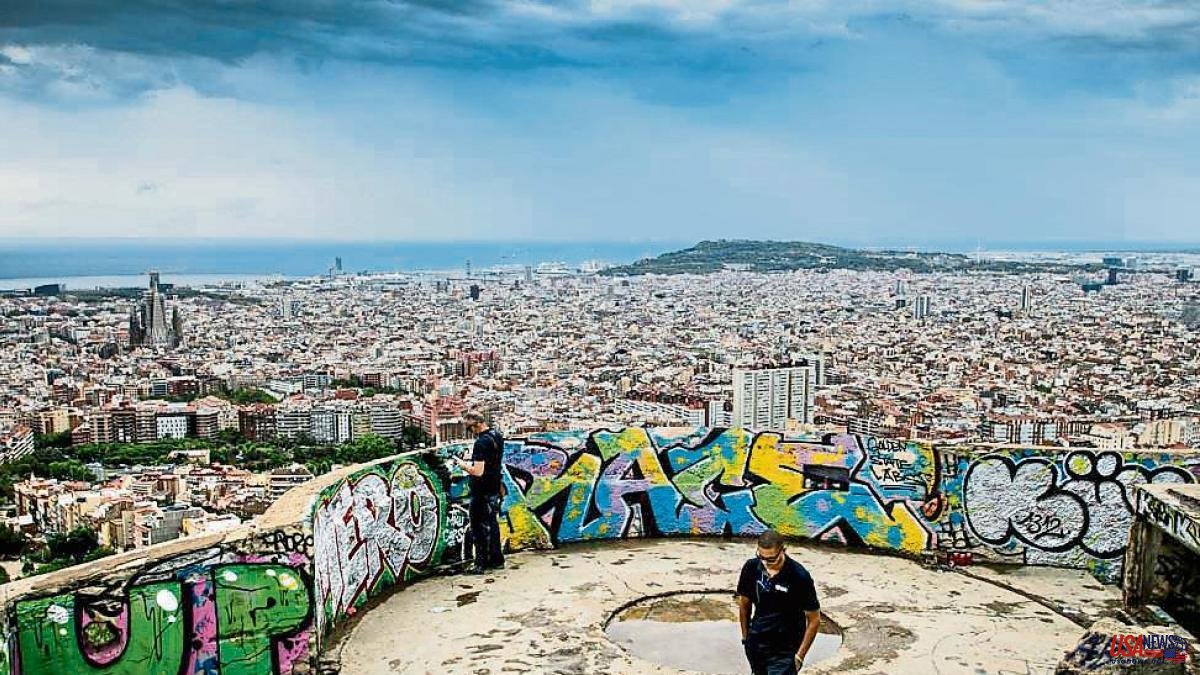 Always first thing in the morning, a woman would make her way to the top of Turó de la Rovira carrying two large pots. In her house, an isolated tower on the north face of the mountain, not far from the Font d'en Fargues (remains of the foundations still remain in the undergrowth today), she kept three children under ten years old waiting. . Her husband, affiliated with the CNT, wandered somewhere along the front.

When she got to the top, the gunners in charge of the anti-aircraft batteries filled the woman's pots with soup and water and wished her a safe return. Living near her detachment had both an advantage and a disadvantage for her: on the one hand, her soldiers provided her with sustenance. On the other hand, the projectiles that the fascists launched against the battery fell near her house. It happened between 1937 and 1939.

This is one more of the many stories related to the misnamed Carmel bunkers that Barcelona families have passed down from generation to generation. Encouraged by their teachers, boys and girls today ask their grandparents to explain what they, in turn, heard from their parents and grandparents. The sinister silhouette of the 105-millimeter Vickers guns has appeared drawn in many school papers.

The remains of that artillery position are one of the most relevant traces of the unequal battle that was waged over the sky of Barcelona, ​​along with a network of shelters scattered throughout the city. The main person responsible for those bombings was the Italian aviation of Benito Mussolini, bloodthirsty dictator and source of inspiration for the favorite candidate for next Sunday's Italian elections, Giorgia Meloni.

But the infamous German Condor Legion also joined the attacks, a fact that confirmed that what began as a civil war between Spaniards ended up becoming, in reality, Adolf Hitler's first victory on the European chessboard. In this case, from the hand of his ally Francisco Franco.

Regarding the issue at hand, it is not a minor assessment. If it is accepted that the fascist bombings of Barcelona, ​​Madrid, Gernika or Granollers were in fact the first skirmishes of the Second World War, it will be agreed that the remains of those battles deserve the same consideration as those of Normandy or Volgograd (the former Stalingrad). All of them make up scenarios that allow us, even today, to remember the sacrifice of those who tried to contain barbarism.

Anyone who has visited the sites of the Battle of Normandy and the remains of the Carmel cannons will have the feeling, however, that something is going wrong in Barcelona.

Unlike the unaltered and pristine settings of the Normandy coast, not always musealized, the remains of Turó de la Rovira appear covered by a melopea of ​​tags (graffiti signatures) and, very often, dotted with rubbish left by the hundreds of young people who spend many nights at the top.

You have to go up there very early in the day to check on whose backs so much lack of control falls: the municipal cleaning employees must work hard to clean up a place that they cannot access with their wheeled vehicles.

The next musealization of the area (delayed due to a problem in the supply of the fences), will be criticized by many people who understand that, by limiting access, the City Council will somehow be privatizing one of the best viewpoints in Barcelona.

It can be understood that in a Barcelona where nightlife is limited by a corset of schedules that is inappropriate for a large European city, there are those who regret the closure of a free space like this. But keeping it open as before, at the expense of all kinds of incivility, would be disrespectful to the hundreds or thousands of people (the real number is a mystery) killed under the fire of fascist aviation.