Ignacio Serrat, from the Nike world to cosmetics

In four days, Ignacio Serrat (Barcelona, ​​1969) will join Rituals Cosmetics Spain and Portugal, one of the most important subsidiaries of the Dutch cosmetic group, where he will assume responsibility for a business worth around 100 million euros as general manager. 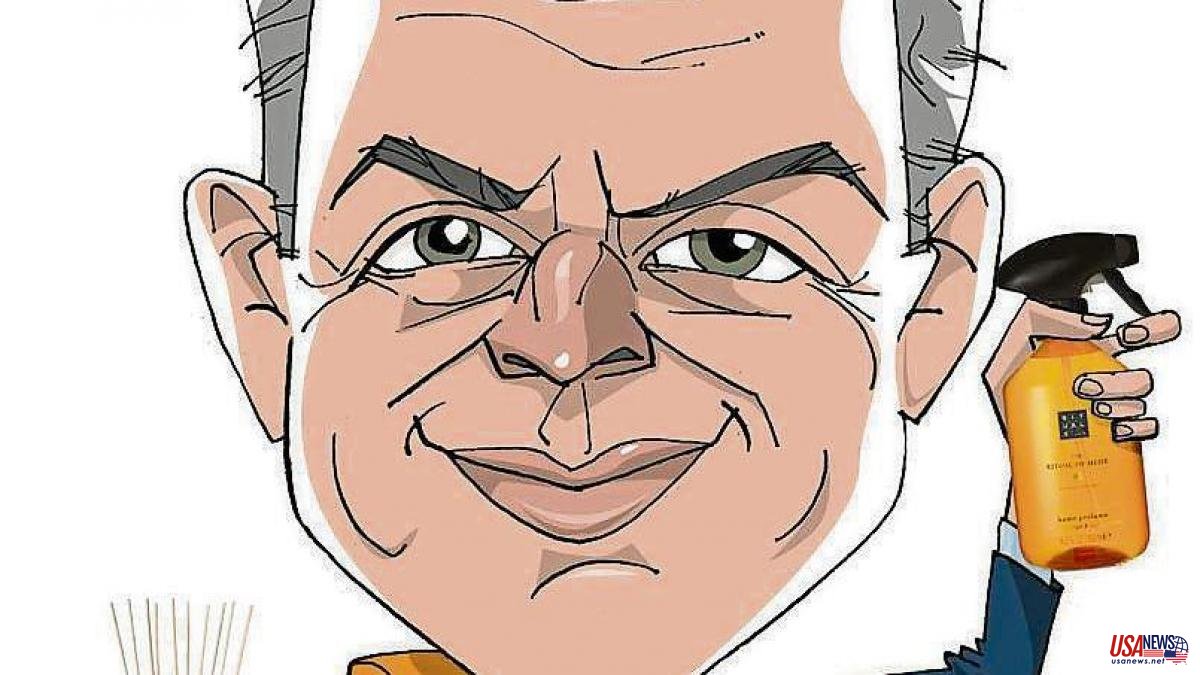 In four days, Ignacio Serrat (Barcelona, ​​1969) will join Rituals Cosmetics Spain and Portugal, one of the most important subsidiaries of the Dutch cosmetic group, where he will assume responsibility for a business worth around 100 million euros as general manager. With an extensive managerial career at Nike, Serrat arrives at Rituals with the challenge of doubling sales in five years. He did not know the sector, but in the months that he has been studying the company, he says he has discovered its quality assets and its potential. "I fully identify with the purpose of the company, which seeks to generate well-being on a global level through cosmetics and fragrances for the home and to become an iconic brand," says Serrat.

Graduated in Business Administration and Management (ADE) and graduated with a PDD and a digital transformation course from IESE, the new strong man of Rituals in Iberia began his career at the PwC auditor in Barcelona in the early 1990s. , very soon began his international career, with a first stop at the Time Warner group, where he progressed selling content to Time , Fortune , People and other Latin American magazines and media. After the 9/11 attacks in New York, he temporarily returned to Spain and immediately joined Nike. In this multinational he spent 17 years, always with his suitcase packed.

From that long period, Serrat himself especially highlights two occasions in which the multinational turned to him with complicated missions. In 2013, he was entrusted with turning around the business in Italy, which needed another gear. And he got away with it. In the second, just before his departure, he was asked from the headquarters in Portland (Oregon, United States) to take charge of the Asia-Pacific territory, with around 5,000 million in sales and a growth crisis that had devoured already to several managers. He assumed it with enthusiasm and, according to his story, he embroidered it again. “It was the first time that a Spaniard ran a Nike business in Asia; we focus on distribution, we rely on local partners and we make the region the fastest growing of the group”, he boasts.

Serrat says that he always tries to lead by doing few things but doing them very well and applying the principle –sometimes so hackneyed, but totally decisive– of putting people at the center. What does that mean in his case? “I like to speak in the plural, because this is about doing things together; I try to dedicate at least 50% of the time to being with my team; I believe a lot in multiculturalism, in respect and in something as necessary as having a left hand”.

Above the company are the people. Also in the case of Serrat, who in 2018 took a step to the side from a professional point of view. “Many people end their families because of their careers, but for me family was a priority and, with my wife, we saw that it was time because of the age of our three children – Valentina and Olivia, the teenage twins, and little Pepe – to return to Spain”, he explains. At Nike they accepted him and put him in charge of the business in southern Europe until in 2021, taking advantage of a global restructuring, he left the firm.

The subsequent transition period, in which he held the general management of the Buddy pet services group for a year, is now over. Serrat has combined in recent months rest with training, especially in the digital area, one of the levers that he wants to use to promote the growth of Rituals. Although not alone. "We have 120 stores and we plan to extend the network to 170, in a process in which there will also be relocations to always be in the best places," he explains. “I trust the team and the desire that I have seen they have to conquer the world”, he concludes.