Swiss film director Jean-Luc Godard, one of the great representatives of the French Nouvelle Vague, has died today at the age of 91, according to the French newspaper Liberation. 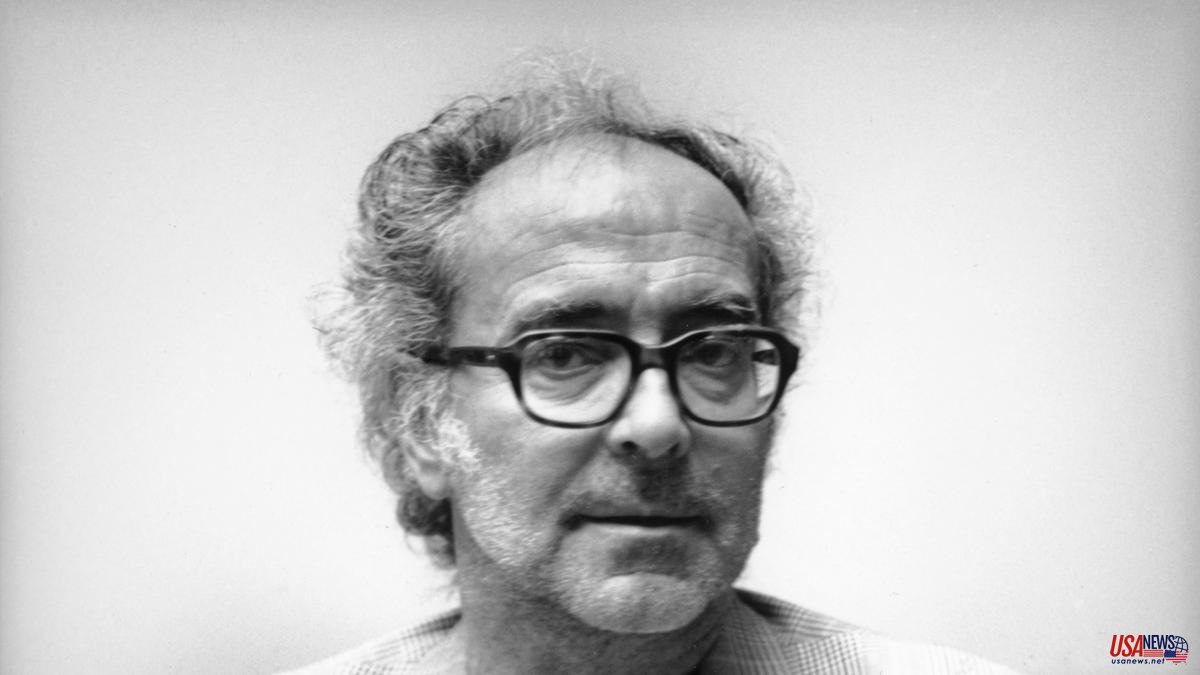 Swiss film director Jean-Luc Godard, one of the great representatives of the French Nouvelle Vague, has died today at the age of 91, according to the French newspaper Liberation. Godard leaves an extensive legacy of around a hundred films, some masterpieces, such as At the end of the getaway, and the merit of having invented a new way of making movies in the 60s.

Godard came to Paris in the 1940s to study ethnology at the Sorbonne. He soon joined Cahiers du Cinéma as a critic, the magazine that would revolutionize first French cinema and then the world cinema. Because in that publication were all the great directors who would have something to contribute to the transgressive film scene of the 1960s: François Truffaut, Éric Rohmer, Claude Chabrol and Jacques Rivette.

And it was precisely from the hand of Truffaut, who wrote the script, and with the collaboration of Chabrol, that Godard gave birth to his first film and his great masterpiece: At the end of the escapade (A bout de souffle, 1959). Jean Paul Belmondo and Jean Seberg starred in the film with which the Nouvelle Vague was born.

His knowledge of cinema after so many years as a critic, his admiration for the American noir genre and the need to do something new, led Godard to shoot the story, which Truffaut had found in a chronicle of events, in a different way.

The director's camera moved in a new, free, original way behind Laszlo Kovàcs (Belmondo), the Marseille car thief who runs over a man and flees to a black and white Paris far removed from romantic postcards. of the time. Kovàcs meets Patricia (Seberg) and wants to make the girl his lifeline, take her to Rome, but she denounces him and the protagonist dies shot by the police in the streets of Paris who witness the end of his escape.

The Jean Vigo award and recognition for best direction at the Berlin Festival for this film elevated Godard in 1960, granting him all the freedom to continue making new and transgressive cinema. In Una mujer es una mujer (1961) he again had Belmondo and also included his wife, Anna Karina, in the cast, with whom he would shoot several films. The film, which tells the story of a stripper who wants to be a mother, convinced again in Berlin where she won the jury prize and the award for best actress.

The director repeated the cast to tell the story of another escape, that of a man with his children's nanny in Crazy Pierrot (1965), which received critical acclaim and is now, almost 60 years later, considered a of the great films of French cinematography. Godard kept Karina and remained faithful to black and white photography in his next film, Alphaville (1965), where he macerated the noir genre with science fiction. The film, which is also a tribute to German expressionist cinema, won the Golden Bear at the Barlín Festival.

May 68 marked a before and after in Godard's way of making films that became more intellectual and Maoist, the director chose to leave the great actors behind and to simplify the story to shoot deliberately anti-popular films. Sympathy for the devil (1968), a documentary about the emerging counterculture in general and about the Rolling Stones in particular, marked that transition that was consolidated with another documentary Un film comme les autres (1968), which delves into that Parisian May that changed the world.

This new way of working distanced Godard from the public and from the festival awards that had underpinned his prestige as a director. In 1972, he recovered somewhat more traditional cinematographic forms with Todo va bien, which dealt with May 1968 again, but in the hands of two great actors, Yves Montand and Jane Fonda. The film was not successful and the director retired to Grenoble where he founded a television production company.

He returned to the cinema in the 80s surrounded by great controversy. His particular revision of the Virgin Mary myth, Je vous salue, Marie (1984) raised blisters. The pope condemned the film and Godard had a cake thrown in his face at Cannes as groups of Catholics protested outside theaters where the film was shown.

Godard, who after divorcing Karinna married Anne Wiazemsky and later Anne-Marie Miéville, received an honorary Oscar as a tribute to his entire career in 2010 and continued to make films almost until the end. In 2018, he directed his latest film, the documentary The Picture Book.