The far-right Giorgia Meloni, leader of the Brothers of Italy, has found a powerful opponent: the influencer Chiara Ferragni, who has more than 27 million followers, almost half of the Italian population. 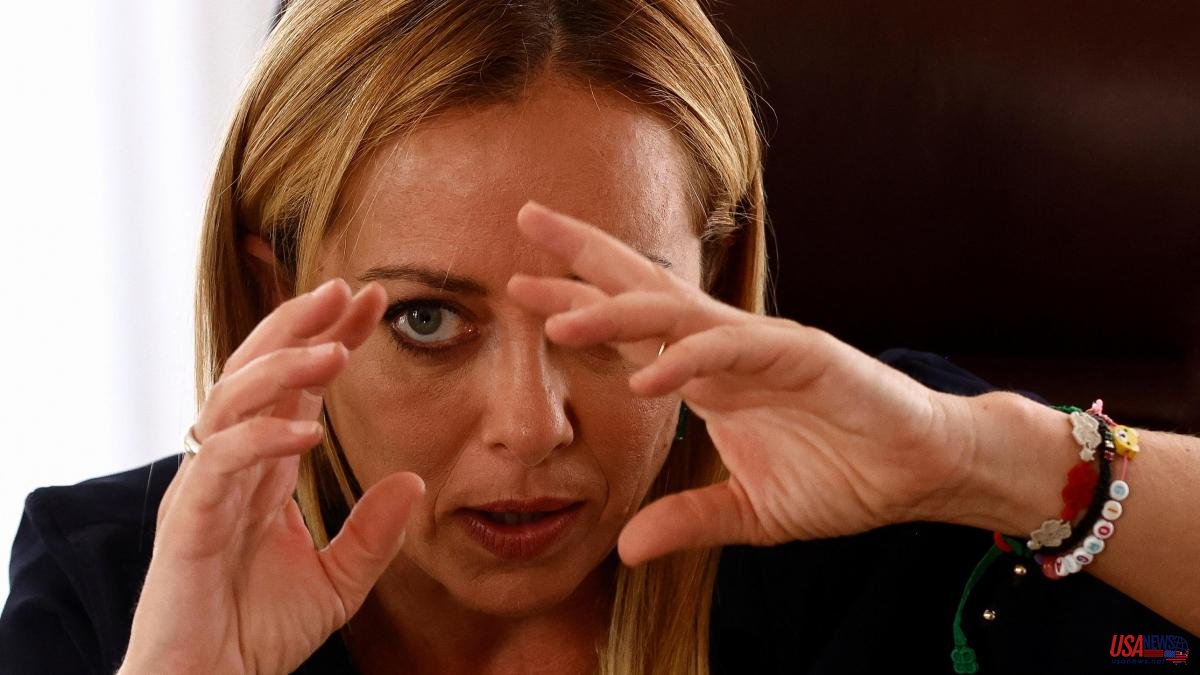 The far-right Giorgia Meloni, leader of the Brothers of Italy, has found a powerful opponent: the influencer Chiara Ferragni, who has more than 27 million followers, almost half of the Italian population.

Ferragni has entered the electoral campaign this week by criticizing on Instagram the position of the Brothers of Italy on abortion, warning that if Meloni becomes prime minister – the coalition of conservatives leads the polls with more than 45% of the vote – she could put at risk the right of Italian women to terminate pregnancy. In Italy, abortion has been legal since 1978, but it is also difficult. About 65% of gynecologists are conscientious objectors, and many hospitals do not have any doctors willing to practice it.

The debate has been precipitated after The Guardian published that in the Marche region, governed by Brothers of Italy, access to abortion has become even more complicated since the far-rightists came to power in 2020. The regional president, Francesco Acquaroli, has refused to apply a recent directive from the Ministry of Health that allowed clinics – and not just hospitals – to give the abortion pill. While at the national level pharmacological abortion is allowed up to nine weeks of pregnancy, in Las Marcas the limit is seven. Local Brothers of Italy politician Carlo Ciccioli justified these limitations by citing the danger of “ethnic substitution”, using the supposed argument that children of immigrant parents would increase and those of Italians would decrease.

The article in the British newspaper was taken up by a digital, which in turn Ferragni broadcast it to all his followers, causing a huge dust storm in Italy. "It's a foretaste of what could await us if the right governs," says Democratic Party senator Monica Cirinnà.

Meloni has assured that if she is prime minister she has no intention of revoking the abortion law, while members of her party have been quick to recall that in the Marches you can have an abortion in 93% of the hospitals, a fact before Brothers of Italy gain power.

In her autobiography, a bestseller in Italy, Meloni recounts how her mother almost had an abortion when she became pregnant with her at age 23, but backed out at the last minute. The far-right, whose motto is "God, country and family", does not hesitate to defend the traditional family. She is president of the group of European Conservatives and Reformists, of which Vox is a part but also the Poles Law and Justice, which last year almost completely limited abortion.

The case of Las Marcas is not isolated. In recent years, regions governed by the Brothers of Italy and the League have been carrying out an offensive to promote birth rates with laws that clash with the right to abortion. For example, in April, a regional councilor in the wealthy Piedmont region announced that he was giving 4,000 euros to 100 women to reconsider having an abortion if they did so for financial reasons. The leader of the League, Matteo Salvini, has proposed copying the controversial measures of the Hungarian Viktor Orbán to protect the Italian family, which he considers "the most advanced" in Europe.