Espanyol lost their first pre-season game against Real Balompédica Linense (0-1) in Marbella, where the Blue and Whites missed the presence of their star, Raúl de Tomás, who was not even called up. 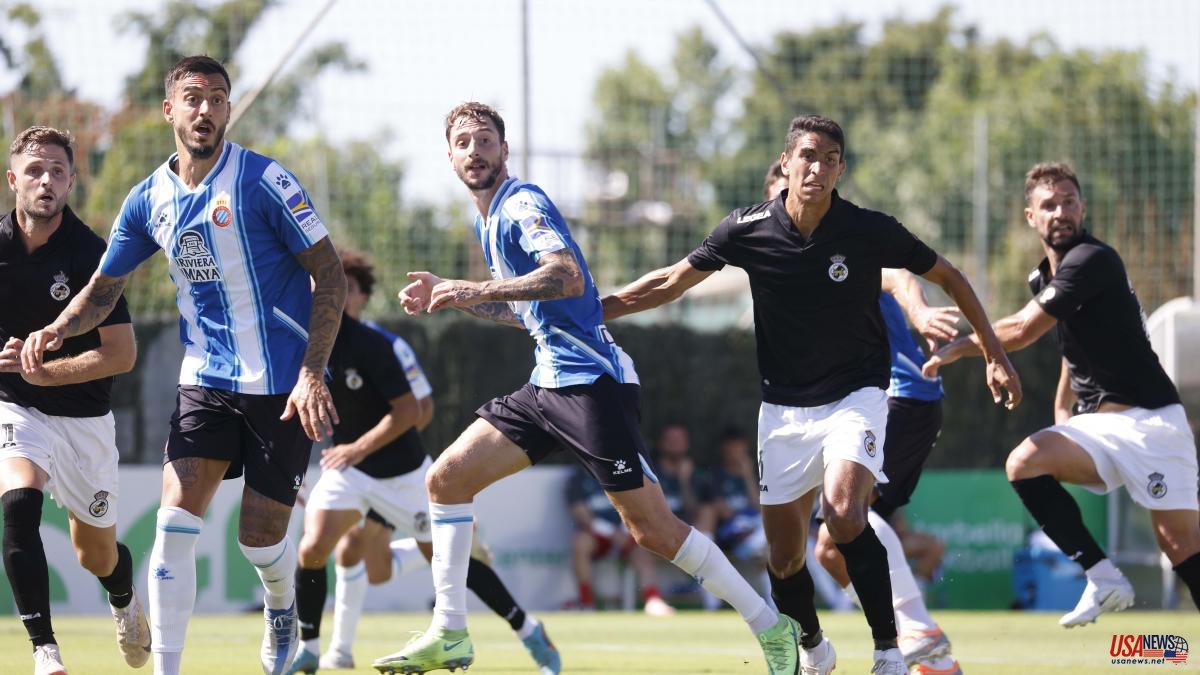 Espanyol lost their first pre-season game against Real Balompédica Linense (0-1) in Marbella, where the Blue and Whites missed the presence of their star, Raúl de Tomás, who was not even called up. The striker continues with a special preparation, outside the group, while the rumors about his future increase with the passing of the hours.

Diego Martínez's pupils were thick, especially in the first half where they did not shoot between the three posts of the rival goal. In the absence of De Tomás, his place against the Balona, ​​of the First RFEF, was taken by the new signing Joselu, the main reference in attack of a Catalan team that initially came out with an experimental eleven, full of young people.

Without rhythm and stuck in the three-quarter zone, Espanyol saw how the Andalusian team had the best chance before the break in a shot that went to the post after a good ball recovery. In addition, Embarba left the field after noticing a puncture. After the restart, the parakeet team increased its performance and approached the opposite area, especially down the right wing with Luca Koleosho.

Joselu sat down at half-time, in the second half Jofre Carreras took the lead, who had the best chances, the first of them in a shot that was lost high after a good cross from the left. Espanyol's goal seemed close, especially after Sergi Darder came on, but then, in the 89th minute, the Cadiz team's goal came.

A defensive mismatch between Simo and Calero caused Gerard Oliva to enter the area alone and with a Chilean plastic he scored the winning goal against a Joan García sunk under the three posts. Espanyol reacted with a couple of approaches and on the last play of the game, on a corner kick, Jofre Carreras hit the crossbar.

In addition to De Tomás, Aleix Vidal, Vilhena, Matías Vargas, Dimata, Sergi Gómez and Pedrosa were also not available for the match, the latter two due to injury. Puado, on the bench, he did not jump onto the pitch either. After the good feelings against Lille, Espanyol ends its stay in Marbella with a bittersweet taste. His next commitment will be against Brighton Hove Albion on Saturday on English soil.