People are accustomed to making an amendment proposal when the year begins. 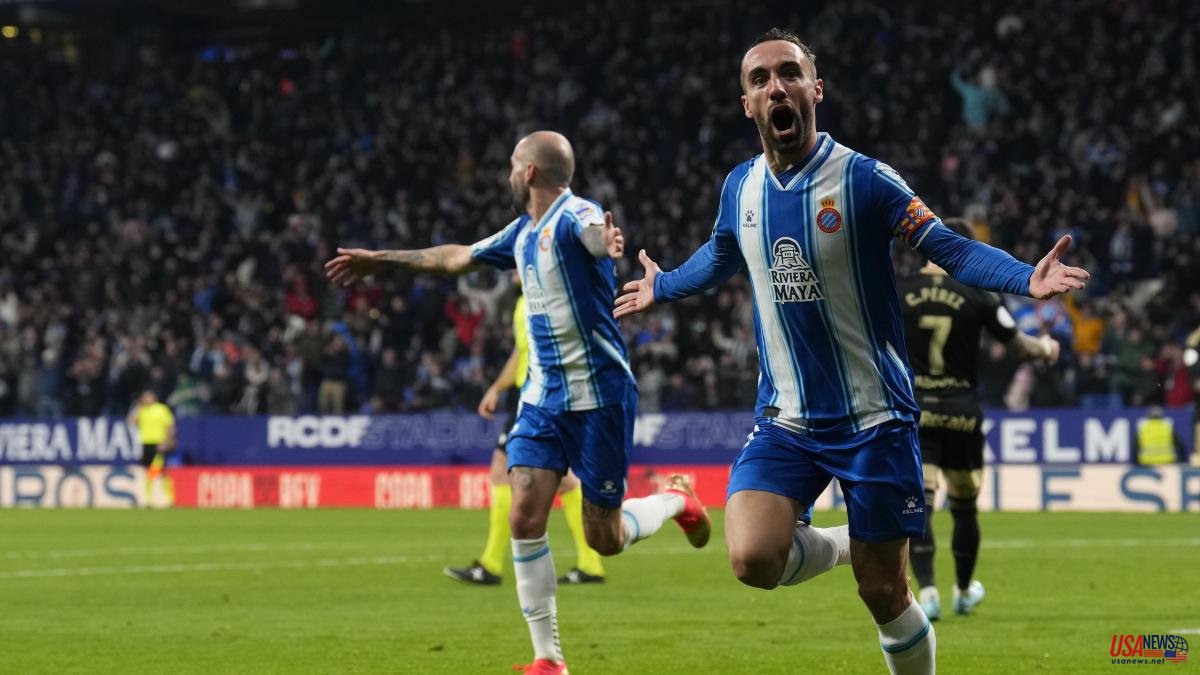 People are accustomed to making an amendment proposal when the year begins. They vow to change bad habits and keep old promises that have been on the books for months. Espanyol also started 2023 with accumulated homework, forced to react after a disappointing start to the season, and after the meritorious draw at the Camp Nou, in the first opportunity to demonstrate the blue and white rearmament, the result could not have been more satisfactory: classified for the round of 16 of the Copa del Rey after eliminating Celta with a goal from Darder and another from Melamed in extra time. Ecstasy, finally, at the RCDE Stadium.

Diego Martínez made signing César Montes debut as a starter, but gave the captain and Joselu a rest from the start. The coach from Vigo may have prioritized La Liga, where relegation lurks. Without the most creative player and the highest scorer, the local staging was lukewarm. The initial intensity faded against a Galician team that seized the ball thanks, above all, to Gabri Veiga. In the absence of a substitute Aspas, the youth squad player was the most active and the first to test Joan García.

The award for good work in the sky came after a quarter of an hour with the goal from Paciência. The play began on the left but it was from the right wing that Óscar Rodríguez put the ball in the heart of the area for the Portuguese to advance to Montes and finish off at will.

The need on the scoreboard was the spur for a Espanyol that advanced lines and increased the pace. The blue and whites did damage on the wings, but Marchesín did not intervene. The good feelings continued after the restart. Celta stayed in the locker room and the parakeets found the equalizer in the 53rd minute. They took a short corner for the recently admitted Melamed, who put it at the far post for a Fist who headed alone.

After the hour of play, coinciding with the entry of Aspas, Celta recovered the pulse of the game. On the local side, Darder and Joselu entered for a final stretch where only Larsen was able to avoid extra time. Joan García brought him to the limit of the penalty.

From fear of elimination, they turned to blue and white euphoria in the 7th minute of extra time. After stealing in the midfield, Darder drove towards the area until he gave the pass at the right moment to Aleix Vidal. The Catalan entertained himself and on the rebound, helped by a touch from Marchesín, the ball reached Darder, who finished it off on an empty goal. With the forward goalkeeper, Galán and Carles Pérez empowered the parakeet captain by centimeters.

Marchesín earned a yellow for protesting and saw a second later for a tackle on Joselu outside the area. At the same moment, Darder fell to the ground injured, the worst news for Espanyol. With the changes exhausted, Hugo Mallo went under the sticks. The full-back deflected a shot from Vini Souza, but scored the statue in the final goal from Melamed in a long shot. Celta began the year of its centenary with sadness and Espanyol with a triumph that revitalizes Diego Martínez's project.

Consult all the results of the Copa del Rey.

Incidents: match corresponding to the round of 16 of the Copa del Rey played at the RCDE Stadium before 18,821 spectators.