Boston mayor: Boston mayor declares that any allegation of assault in white supremacist march should result in prosecution

According to the mayor of Boston, the group that attacked a man during a white supremacist march in Boston on Saturday should be tried "within the fullest scope of the law. 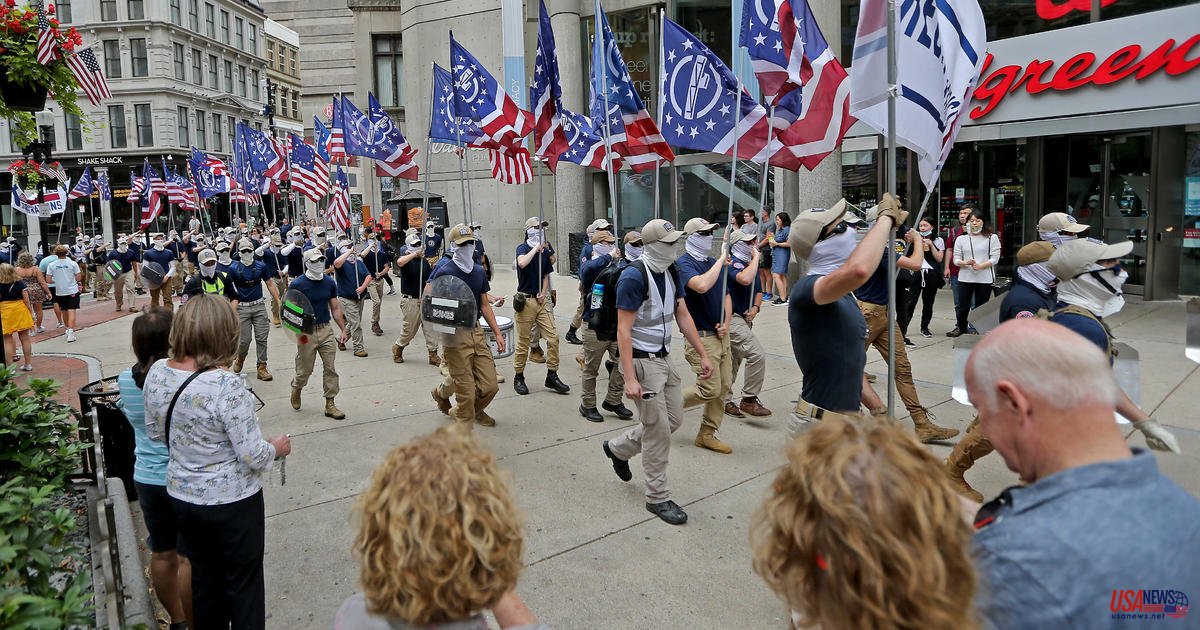 According to the mayor of Boston, the group that attacked a man during a white supremacist march in Boston on Saturday should be tried "within the fullest scope of the law." Mayor Michelle Wu stated that an investigation is ongoing into the alleged assault.

CBS Boston reported that Charles Murrell, a 34-year old man, claimed he was attacked and surrounded by shield-wielding men. He claimed that he suffered cuts to his eyebrows, head, and hand during the alleged attack.

CBS Boston reported that Boston police responded to a report of an assault in the area and that the victim was taken to hospital for stitches. According to them, the caller claimed that he was being shoved by a group of men. He also said that he tried to escape before the men kicked and knocked him unconscious.

Wu stated Tuesday that the investigation into the alleged attack had been hampered due to the fact that the men were dressed in masks. However, Greg Long, the Boston Police Superintendent in Chief, stated that a lot of video was recovered and that charges would be filed if the men are identified.

Trestan stated that while people are describing it as a protest, we should look at all the evidence we saw and heard. This includes indicators of defiance or intimidation.

This incident occurs about a month following another group of men who were believed to be Patriot Front members were arrested near a Pride event in Coeur-d'Alene, Idaho. Police said the men were likely planning to riot after they were discovered in a UHaul. They also noted that there was at least one smoke bomb and shield inside the truck.