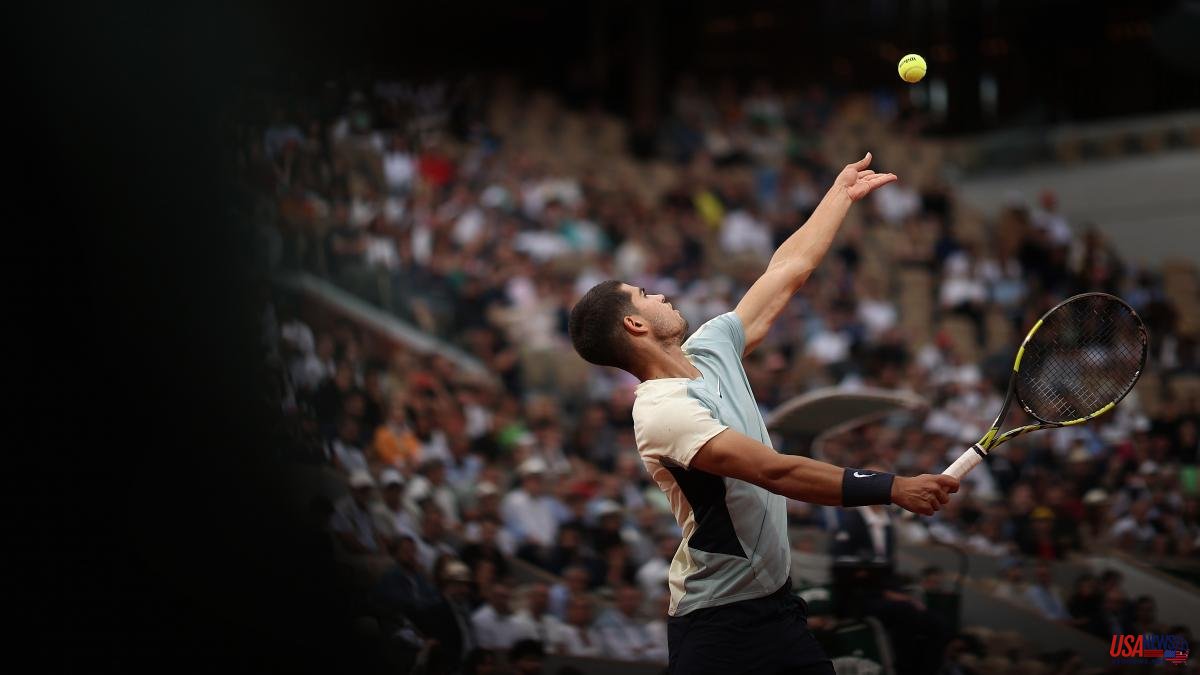 One by one, pieces fall, two of them very valuable.

Garbiñe Muguruza (28) sinks, a caricature of what she had been in other times, even in 2021.

He has even placed a set up against Kaia Kanepi, and he has also broken his serve in the second round, but it does not go beyond that, it does not go beyond the first round in Paris and nobody understands anything anymore, nobody knows what is happening in the Muguruza's mind, champion in Paris in 2016, because she has gone into a spin and loses her head against anyone: 2-6, 6-3 and 6-4.

(He had lost in the first round in Indian Wells and Rome and has only overcome one tie in Madrid and Rabat).

Then Alejandro Davidovich (22) appears, and the same.

His finalist place in the Masters 1,000 in Monte Carlo, just over a month ago, is already a black hole in memory. Since then, nothing: in Estoril, in Madrid and in Rome he had barely passed a round.

This time, not even that: Davidovich sinks to Tallon Griekspoor, currently 64th racket, 2-6, 6-0, 6-4, 6-3, and thus, suddenly, says goodbye to the clay of the Bois de Boulogne, blurring a magnificent adventuring path.

And, well, this is another story.

This is life insurance: Philippe Chatrier, the central defender at Roland Garros, is not scared at his debut on the court.

-You have to adapt to this type of track. At first it was hard for me to distance him - he told Álex Corretja after his victory, microphone in hand.

With Alcaraz on the court, the doubts dissipate at the end of the first set.

Juan Ignacio Lóndero puts up with what he can. The Argentine is ranked 141st in the world, and he has never broken into the Top 50, never in his 28 years. But he doesn't behave like a minor tennis player, but like a willful guy willing to look for the tickles of the teenager.

Alcaraz does not allow himself to be manipulated. He looks for the tempos, he does not cut his throat, but temporizes. This is a Grand Slam, the matches can last up to five sets, the tournament lasts for two weeks, it has never been seen like this, in a tournament of this magnitude and with such a level of popularity.

Experts and bookmakers are bidding for the Murcian. He appears third in the favorites lists, along with Rafael Nadal (he debuts this Monday at noon against Jordan Thompson) and with Novak Djokovic (he goes on the night shift, against Yoshihito Nishioka).

Lóndero leaves the skin in each hit. He serves with power, withstands Alcaraz's arreones, who can't break his serve until the close of the first set. By then, 43 minutes have passed.

Completed this procedure, Alcaraz opens the range of resources. While Lóndero loses strength, the Murcian displays his tennis of dropshots, parallels and forceful forehands, and accelerates in the second set, which dispatches him in 35 minutes, and goes even faster in the third (32), and is already facing the second round: on Wednesday he will face Albert Ramos.