A restless artist of stone and paper

Many artists tend to dedicate themselves to one main discipline while longing for another. 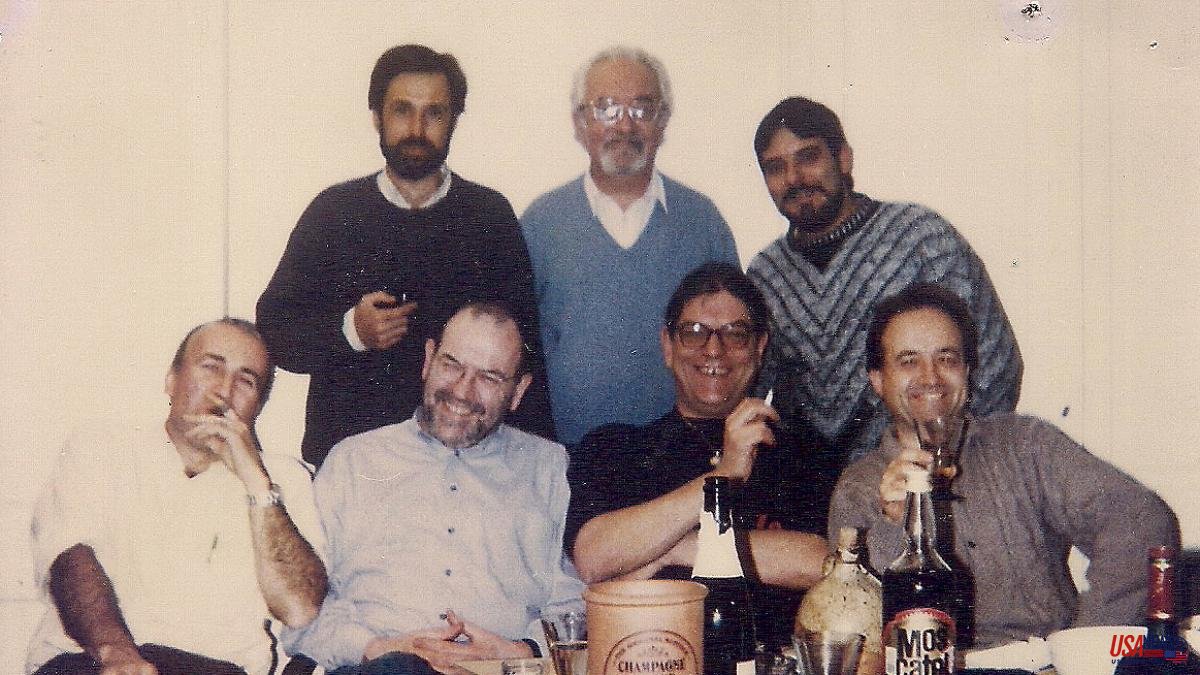 Many artists tend to dedicate themselves to one main discipline while longing for another. The almost hidden passion of Toni Batllori Obiols was that of a sculptor. When he discovered the rocks of the forests of Olost, where he shared a farmhouse for stays, he immediately picked up the escarpment and the hammer. He reached the culmination with the art that he called stone cutting with the work Malip, from a huge block that he made hard from a quarry in Extremadura. The Malip occupies a prominent place in the city today.

The puppeteer Toni forms the backbone of a trade that runs deep in his veins, inherited from his father, Antoni Batllori Jofré - disciple of the legendary Junceda - who drew for Patufet and TBO. His style, however, is something else entirely. He began by deconstructing the stroke until he turned the caricature into a defining flash, far from all realistic identification. The daily strip was the ideal container for the scenes he invented.

This was precisely the format that closed the weekly column of El Burladero, the satirical section that with a heterogeneous group of daredevils we began to publish in La Vanguardia in 1991. The ritual that he maintained with him, every Friday, consisted of breakfasts that lasted until noon when he handed me the drawing that would come out the next day. After five years, Toni opened his Ninots space in the politics section where he has drawn continuously until this very Saturday.

With the man, the artist and the friend, we still had other adventures together, in the illustration of books, the design of posters for my shows and the modeling of Pepito Napoleón, a ventriloquist puppet, who he looked a lot like Aznar. Not long ago, having lunch together by the sea, with a strained voice due to the sudden illness, he expelled his usual vitality, avoiding the plain, animated and determined to never stop drawing in this diary, which has achieved until the last day. There are not many artists capable of being quick with a sheet of paper and seeing the light through a stone.