A double by Willian José gives Betis the victory

Betis started this Europa League this Thursday with a solid 0-2 win at HJK Helsinki, thanks to a brace from Brazilian Willian José, and is now leader of Group C after a hard-fought match in which they imposed his technical superiority over a willing rival. 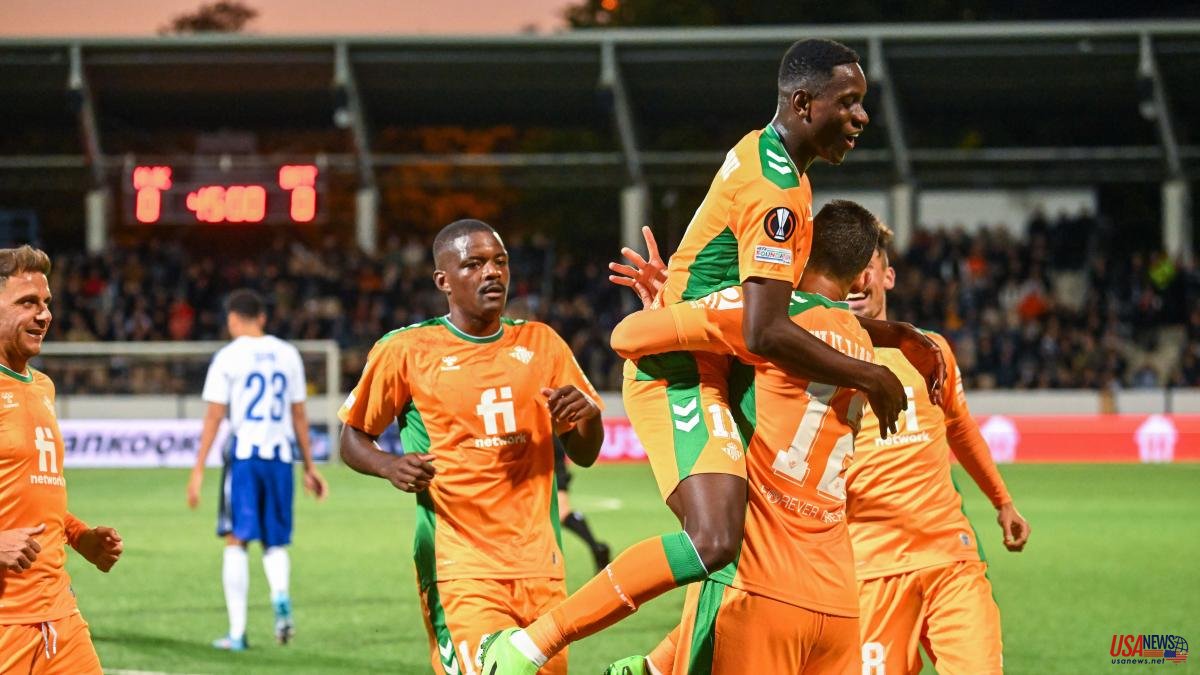 Betis started this Europa League this Thursday with a solid 0-2 win at HJK Helsinki, thanks to a brace from Brazilian Willian José, and is now leader of Group C after a hard-fought match in which they imposed his technical superiority over a willing rival.

The first Betis goal came in the added time of the first half, when Willian José converted a penalty signaled after the intervention of the VAR for a stomp on the Portuguese William Carvalho, and after the break he extended his account at 64 minutes to give him more peace of mind his team against the Nordics, who three minutes later had a goal by Malik Abubakari ruled out for offside, with which they would have shortened distances.

The Verdiblancos did not want confidence in the face of their theoretical superiority over the rival in their debut in this Europa League, in which last year they reached the eighth, although Chilean coach Manuel Pellegrini, who had already announced changes, revolutionized his eleven with ten new players compared to the one from last day in the 2-1 defeat against Real Madrid.

With the return of the Argentine central defender Germán Pezzella and the Portuguese midfielder William Carvalho, down through suspension and a hit, respectively, at the Bernabéu, only forward Juanmi Jiménez repeated among the starters who jumped onto the artificial turf of the Bolt Arena in Helsinki, if well after 3 minutes he injured his left ankle in a bad fall after a jump and had to be taken off on a stretcher and replaced, in minute 6, by Rodri Sánchez.

An unexpected setback for a Betis that had a hard time adapting to the artificial grass of the Nordic team's field, which, technically inferior to the Sevillians, came out with impetus to try to surprise a Betis team without fluency in their football, somewhat nervous and that soon found that his visit to Helsinki was not going to be a walk.

Pellegrini's charges lacked more control of the game, better movement of the ball and not rushing, as well as better coverage of the flanks, especially the incursions down the right by Papua New Guinea international David Browne.

HJK had a first option in a shot from Moroccan Nassim Boujellab that Juan Miranda blocked well, although Betis, with one of their signings, Luiz Henrique, very active, gradually prevailed. The young Brazilian winger tried his luck with two shots on the stroke of half an hour, but they were high.

The Finns replied in a dangerous counter that led Santeri Hostikka and yielded within the area to the Ghanaian Malik Abubakari, who finished off just wide in the 32nd minute. A little earlier, the Betis had already taken over the game, pressed in attack and seriously warned with a header from the Brazilian Willian José and a double attempt from Rodri and Luiz Henrique, in this case solved by the Northern Irish goalkeeper Conor Hazard.

William Carvalho looked for the goal in a volley to which Hazard responded with a save, giving his clearance on a post, in what was the prelude to the 0-1, the work of Willian José in added time when he converted a penalty for a foul de Boujellab on Carvalho signaled at the request of the VAR and after the referee saw the action on the screen at the foot of the field.

After the restart, in which Pellegrini brought on the Brazilian Luiz Felipe at the back for Víctor Ruiz, who was treated before the break for a hit and also had a yellow card, Betis played with the peace of mind of being ahead in the marker against a willing HJK Helsinki, who wanted to recover, but without too much clarity.

Despite loitering more in the green-and-white area, the Nordics, with more intensity now, showed little resolution, while Betis controlled the game well, never breaking down despite refreshing Pellegrini to the team and widening their lead shortly before the halfway point of this half with the second of Willian José, in 64.

It was when Pezzella fought for a ball inside the area, after a corner, that the Brazilian finally caught to make it 0-2 after a poor clearance by the Helsinki defense, which, even so, did not lower its arms and shortened distances in a Abubakari's shot to Hostikka's cross, but, by indication of the VAR, the goal was annulled due to a very fair offside by the Ghanaian.

Betis dominated and took advantage of the spaces left behind by the locals to put together quick counterattacks, although Willian José, alone, forgave what would have been his triplet after a great pass from Sergio Canales, who also had an option to widen the score against a HJK who unsuccessfully sought the goal, as in a center by Perparim Hetemaj that could not find a finisher.

Check all the results of the Europa League.

Incidents: Match of the first day in Group C of the Europa League, played at the Bolt Arena stadium in Helsinki, with artificial turf and which registered a full house with about 11,000 spectators, including almost a hundred Betis fans.