By a razor-thin margin, Tom Perez was elected the new chairman of the Democratic National Committee on Saturday, putting a veteran of the Obama administration in charge of rebuilding a party left devastated after the results of the 2016 election.The new Democratic... 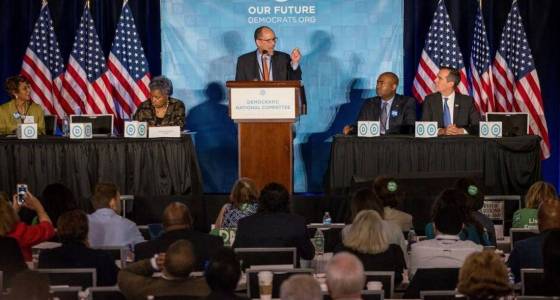 By a razor-thin margin, Tom Perez was elected the new chairman of the Democratic National Committee on Saturday, putting a veteran of the Obama administration in charge of rebuilding a party left devastated after the results of the 2016 election.

The new Democratic leader immediately promised to make President Donald Trump a one-term president, calling the Republican leader the “worst president in the history of the United States.”

Perez, who served as a Scretary of Labor under President Barack Obama, narrowly defeated rival Keith Ellison on the election’s second ballot, winning 235 votes from members of the Democratic National Committee. Ellison, a congressman from Minnesota, won 200 votes.

The race pitted the party’s establishment which backed Perez against liberal activists who supported Ellison to see which faction could take control of a party left in disarray since presidential candidate Hillary Clinton’s stunning defeat last year.

Perez moved immediately to reach out to Ellison supporters, saying that his first act as chairman would be making the congressman his deputy chairman.

In a speech after the vote, Ellison urged his supporters to “give everything you got to support Chairman Perez,” saying the party had to unite against Trump.

Signs of division, however, were apparent as interim DNC chair Donna Brazile announced the vote totals, with a group of about a dozen supporters of Sen. Bernie Sanders, Ind.-Vt., who backed Ellison, yelling “Party for the people, not big money.” The group continued yelling even as the congratulatory speeches began on stage.

In his victory speech, Perez sought to refocus attention back on Trump.

Perez won on the second ballot, after falling just one vote short on the first ballot to win a majority.

The race received a shake-up about an hour before the voting began, when South Bend Mayor Pete Buttigieg – widely seen as the third leading candidate for the job but with little chance of leap-frogging either of the front-runners – dropped out.

Buttigieg said it was time for the party to “move on” from the DNC election, and urged the hundreds of gathered Democrats against demonizing the men and women who voted for Donald Trump.

The DNC chair race began almost immediately after last year’s presidential race ended in November, as Democrats searched for a new leader in the wake of Trump’s stunning victory.

The competition soon evolved into a two-man contest between Ellison and Perez, who commanded most of the race’s media attention and attracted its marquee endorsements.

Along with Buttigieg, Harrison and Buckley were regarded as the two other candidates who once had a chance to become the next DNC chair.

Despite the tensions between the Ellison and Perez camps, the two men largely shared the same vision for the party’s future. Most Democrats believe the party needs to rebuild itself from the ground up, starting with local and state committees they feel were neglected during Obama’s presidency.

Ellison and Perez both vowed to build robust organizations in all fifty states, and to renew efforts to reach out to voters of all types.

The race was also remarkably amicable, at least publicly. The candidates adopted a pledge not to criticize one another in the media or during the handful of forums in which they participated.

“I really want to apologize to the media, because we did talk about issues,” Perez said after winning the chair vote. “We didn’t do any of the other stuff.” 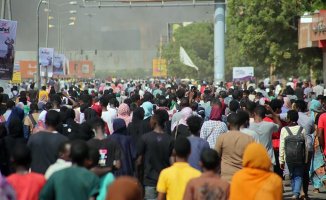 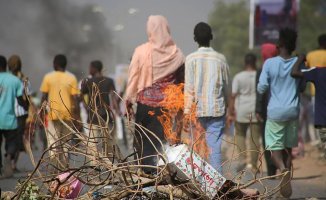 The Latest: Tuesday, the UN Security Council will discuss Sudan 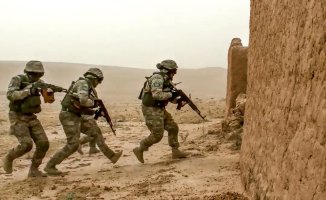