Steve Sando of Napa, the man behind the Rancho Gordo line of heirloom dried beans, has been growing and distributing dozens of varieties of beans for the past 15 years. Each year, his bean business has grown by nearly 20 percent, like a beanstalk reaching... 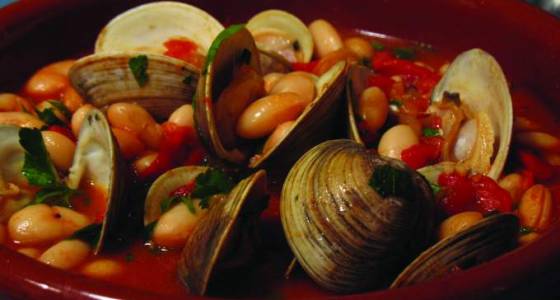 Steve Sando of Napa, the man behind the Rancho Gordo line of heirloom dried beans, has been growing and distributing dozens of varieties of beans for the past 15 years.

Each year, his bean business has grown by nearly 20 percent, like a beanstalk reaching for the sky. Gradually, the Rancho Gordo beans have infiltrated the mainstream and are now widely available at many grocery stores, including Sonoma and Glen Ellen markets as well as Oliver’s markets.

“Beans are now transitioning from their place as an obscure favorite of a relatively small cadre of cooks to the center of attention,” Sando wrote in his 2014 cookbook, “Supper at Rancho Gordo.”

“The reasons for this change are obvious. First and foremost is the flavor. Simply put, beans are delicious,” he wrote.

From France and Italy to Mexico and the Middle East, the cultures of the world have produced dozens of classic bean dishes that showcase this versatile legume as a tasty, creamy response to “What’s for dinner?” Easy to grow and easy to store, beans are also easy to cook in everything from a pressure cooker and slow cooker to a Dutch oven and clay pot.

With more than three dozen varieties of beans now available from Rancho Gordo alone, there’s no limit on the creativity that can come out of the bean pot.

“My heart is really with the Mexican beans, but what sells is the European beans, which originally came from Mexico,” Sando said from his storefront in mid-town Napa. “The Royal Corona — the big, huge, fat one — is almost double everything else. It’s also pretty versatile. A bowl of those and some Parmesan cheese and olive oil ... that’s the recipe.”

During the winter, a simple, one-pot bean dish or warm bean salad can provide a hearty, affordable way to feed your family — or entertain a crowd — at the end of a long day or long week of work. And because they are fresher than most store-bought beans, the Rancho Gordo beans will cook quicker while elevating the flavor of your dish.

The company, which grows most of its beans along the West Coast from California to Washington, offers a cassoulet bean grown from French Tarbais seed, as well as the unusual Domingo Rojo, ideal for making the famous red beans and rice of New Orleans.

“It’s kidney-like and it stays whole, but it has a fabulous potlikker (bean broth)” he said. “It coats the rice when you cook it.”

As a new experiment this year, Rancho Gordo also grew the all-American black-eyed pea for everyone’s favorite New Year’s dish, Hoppin’ John. Sando expects the supply to run out in a few months.

“We’ll probably keep them year-round next year,” he said. “They are quick cooking, take less than an hour, and are more vegetably than beany.”

As part of the company’s Xoxoc project, Rancho Gordo also collaborates with several small farms in Mexico, which grow heirloom beans and supply the company with other artisan products, such as stoneground chocolate and banana vinegar. The project helps the farmers continue to grow their indigenous crops by providing a market for them.