The U.S. Track & Field and Cross Country Association selected Oregon distance runner Edward Cheserek as NCAA Division I men's athlete of the week on Monday. The UO senior set the collegiate indoor and absolute records in the mile Sunday at the Boston... 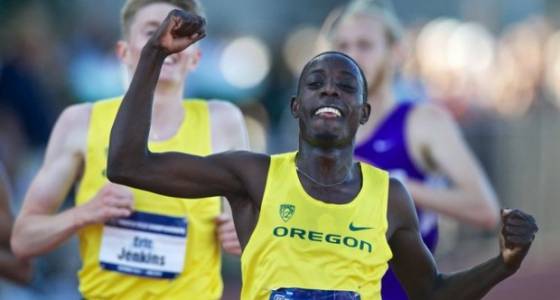 The UO senior set the collegiate indoor and absolute records in the mile Sunday at the Boston University Last Chance Meet.

Cheserek is a 15-time NCAA champion who has qualified for next week's NCAA Indoor Championships in the 3,000 and 5,000 meters as well as the mile. He could run as part of the Ducks' distance medley relay.

The USTFCCA named Keturah Orji of Georgia as women's Division I athlete of the week.

Here is the complete release from the USTFCCCA about the athletes of the week.