SCOTTSDALE, Ariz. - In one pen stroke, the Rockies in late January more than doubled their closer experience. Greg Holland, among the best ninth-inning pitchers in baseball in 2013 and 2014 for Kansas City, but coming off surgery that reconstructed his elbow,... 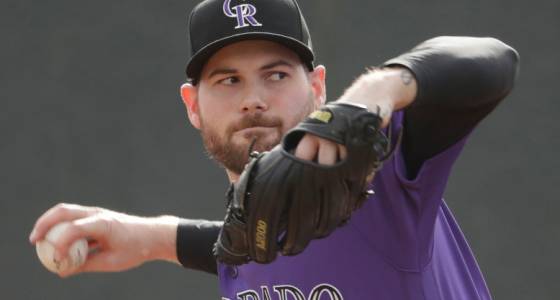 SCOTTSDALE, Ariz. - In one pen stroke, the Rockies in late January more than doubled their closer experience. Greg Holland, among the best ninth-inning pitchers in baseball in 2013 and 2014 for Kansas City, but coming off surgery that reconstructed his elbow, signed a one-year contract with Colorado.

Does new Rockies manager Bud Black even want a traditional closer? Or might he try to optimize specific pitchers in high-leverage situations, regardless of the inning?

"It can become a distraction and uncomfortable if the phone rings and seven guys don't know who it's for. Not good," Black said Friday at Salt River Fields. "If guys have a good understanding of what time of the game they will come into, it leads to better performance. There's something comforting to where a certain part of the game moves forward and that guy knows, ‘Hey, this is my time.' "

Black said that in his ideal bullpen, he would have a strict closer, an eighth-inning setup man, a lefty specialist, a righty specialist, middle relief, a long man and a backup long man.

Orioles manager Buck Showalter took some grief in a wild-card game last season for saving his best bullpen arm, Zach Britton, for a save situation, then missing a chance to even put him in the game. The Cubs and Indians in the World Series used their best relief arms, Chicago's Aroldis Chapman and Cleveland's Andrew Miller, in longer relief and earlier in games, when they were needed more.

"He comes from a history of closing games out in Kansas City," Black said. "Two-time all-star. Couple very solid statistical years as a closer: saves, ERA, internal numbers. And coming off his injury, we feel he's in a very good spot to get back to that level of performance. Time will tell. But that's where I would like to see him, both physically and production-wise."

Black first listed Holland, Ottavino, McGee and Mike Dunn, who signed a three-year deal in December, as the spine of Colorado's bullpen. The order in which they fall to open the season in April will shake out during the Cactus League schedule.

"The veteran guys, we're looking at them to drive the bullpen train," Black said.