Crunch time in Portland schools' search for a new leader

The Portland school board has reached a crucial point as it weighs the most important decision a board can make: Who will be the next superintendent? The seven-member panel is huddled behind closed doors, as of 10 a.m., discussing what to do after interviewing... 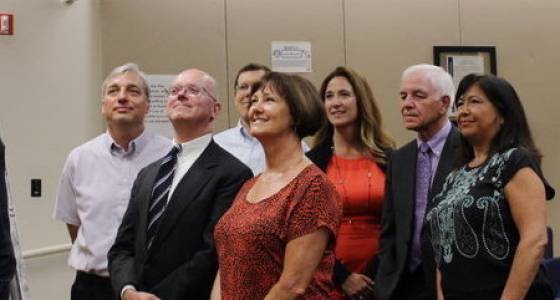 The Portland school board has reached a crucial point as it weighs the most important decision a board can make: Who will be the next superintendent?

The seven-member panel is huddled behind closed doors, as of 10 a.m., discussing what to do after interviewing for a second time this week the three finalists it culled from a nationwide search.

Board members are weighing not only their reactions to the candidates' accomplishments, answers and demeanor but the opinions of a large committee of interested Portlanders who also interviewed the three finalists at length behind closed doors this week. That group included teachers, parents, high level-district employees, a student and student advocates, and reportedly came away with strong opinions about the candidates' fitness for the job.

Leading Oregon's largest school district is not a job for an inexperienced leader or the faint of heart, particularly at this juncture. The district is rife with vacancies in key positions and is undergoing what board members said was a badly needed restructuring of its upper ranks to improve clarity, accountability and communication.

The district lost the trust of parents and the public with a tainted drinking water crisis, then compounded it with disturbing revelations about its failure to properly vet some key hires and its failure to take action against poorly performing employees.

The school board plans to put the largest construction bond in state history before voters in May, and it wants voters to have confidence the district would have the ability to manage mammoth rebuilding on top of its many other obligations.

The board voted 4-3 to keep its search entirely secret, not revealing the names of any finalists and only revealing the identity of the next superintendent after it has decided to hire him or her. The teachers union still is not happy about that.

Once the board settles on a lone choice, board members plan to send a small group to the person's current school district to triple-check that they have made the right selection before voting to make the hire and offering a long-term contract.

In all, the board weighed 34 applicants, some of whom were recruited by a search firm. Only nine sitting superintendents applied, along with two former superintendents. More of those who sought Portland Public Schools' top position were assistant superintendents, deputy superintendents or chief academic officers looking to make their mark as a district's No. 1.

Portland Public Schools is used to hiring superintendents who arrive with experience helming a district. That was the case with Jack Bierwirth (1992), Ben Canada (1998) and Vicki Phillips (2004).

But the most recent superintendent, Carole Smith, had only been the top leader of a small system of Portland alternative schools and the chief of staff to then-superintendent Phillips when she was offered the superintendent's job. She lasted in the role for nearly a decade before being sidelined by the lead crisis.