Wild sports injury: They both got crushed testicles

An incredibly macabre story has hit the Swedish Floorball teams 'Trosa Edanö' in 2. division. The 24-year-old Jesper Lindgren received in connection with an a 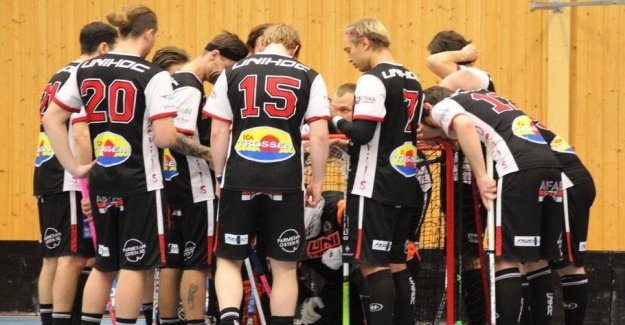 An incredibly macabre story has hit the Swedish Floorball teams 'Trosa Edanö' in 2. division. The 24-year-old Jesper Lindgren received in connection with an away match on 27. september against the team 'Flen IBF' crushed one testicle, as he would fend off a shot from an opponent.

Only five days after the fight happened the same for his 20-year-old teammate, Richard Söderström, who in hjemmekampen against Katrineholm also got crushed his testicle, when he would fend off a shot.

It writes multiple media including Innebandy Magazine, Expressen and Aftonbladet

Jesper Lindgren is seen here in action in a Floorball match. (Photo: Private/Facebook)

- It was absolutely beyond the usual. I blacked out almost before my eyes. I knew immediately that something was very wrong, because I was poor, and my one testicle was four times as big as normal, says Jesper Lindgren to the Swedish newspaper Expressen.

Richard Söderström showed also the same, that it was completely mad.

- I have earlier experienced a kick in the testicles. But this time I thought: What the hell is going on? I felt immediately that here was something completely different. It felt completely wrong, tells Richard to Innebandy Magazine.

For Jesper Lindberg is it completely inconceivable that both he and his teammate gets exactly the same injury in the course of only five days.

I had never ever heard of such damage to a floorball team, and so it happens even twice in the course of only five days for two people on the same team.

According to Jesper Lindgren got operated on his one testicle aside, is his ability to have children reduced by 50 percent. To Richard Söderström, the opportunities are the same, if he get the blood flow back in its half of the testicle.

Both floorball-players have plans to play floorball again. But they will in the future use the groin protector, which is similar to the ones that MMA fighters use.