The UNITED states with a historic shift: Denmark refuses to follow after

the UNITED states has suddenly started to support Israel's settlements in the west bank, and it does not do any good for the peace process in the region. It 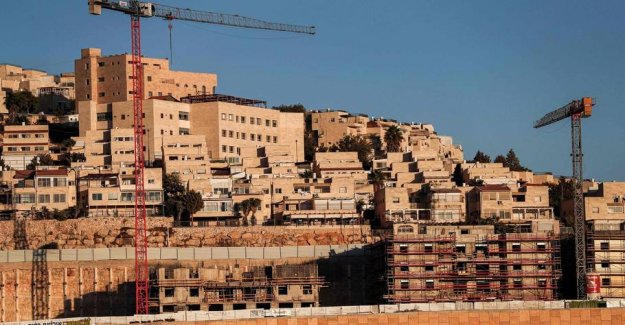 the UNITED states has suddenly started to support Israel's settlements in the west bank, and it does not do any good for the peace process in the region.

The u.s. announcement is unfortunately bad news for the peace process.

- It weakens the prospects for an early resumption of meaningful peace talks, says Jeppe Kofod in a written comment.

Monday night's announcement from Mike Pompeo is a significant change in relation to the assessment, as the u.s. state department made in 1978.

Here it was established that Israel's settlements in the occupied west bank are not in accordance with international law.

The assessment has been an important cornerstone of the u.s. policy in the Middle east in the last 40 years.

In the rest of the world, there is a broad consensus that israeli settlements are in violation of international law, and constitute a major obstacle to peace between israelis and palestinians.

Also the Danish foreign minister continues to denounce the israeli settlements in the west bank.

- The Danish position is clear and unchanged and is fully in line with the EU-the circle.

- We consider all israeli settlements in the west bank and in the Golan as illegal under international law, says Jeppe Kofod.

the foreign Minister says that Denmark will continue to support the possibilities for a negotiated two-state solution.

- It is the only realistic and sustainable way to solve the dispute, he says.

Monday's announcement from Mike Pompeo was immediately greeted with joy in Israel.

by Contrast, said a spokesman for the head of the palestinian autonomy, Mahmoud Abbas, that the UNITED states'switch is 'totally in violation of international law'.