Sets a record: Teenageidol is behind the new James Bond song

in Spite of his mere 18 years, Billie Eilish has already made a name for himself in the music world, and now takes teenageidolet yet another big scalp. She is 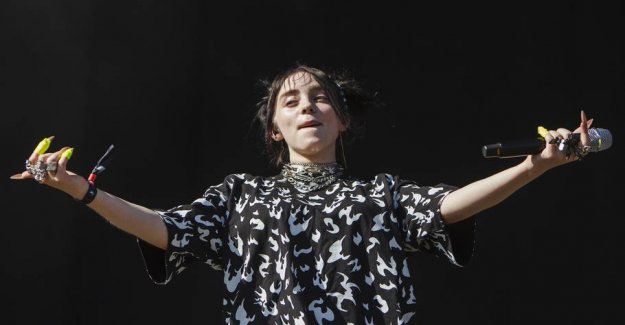 in Spite of his mere 18 years, Billie Eilish has already made a name for himself in the music world, and now takes teenageidolet yet another big scalp.

She is this: in the footsteps of big names such as Tom Jones, Madonna, Paul McCartney, Sam Smith and Adele, when she is behind the theme song to the upcoming James Bond film.

'the theme song to the 'No Time to Die' will be sung by Billie Eilish. Billie has written the song with his brother, Finneas, and she is the youngest in history to write and sing the James Bond theme song,' writes the official 007 account on Twitter.

Billie Eilish have a hard time understanding that she has been given the opportunity to stand behind the title song.

'It is all ways crazy to be a part of it here. It is a great honor to be allowed to make the title song for a film that is a part of so legendary a series. James Bond is the coolest film series that exists. I'm still in shock,' she says in a statement to the same Twitter profile.

Billie Eilish took to the stage at the Odense festival Tinderbox in 2019. Photo: Per Lange

Billie Eilish has already been nominated six times for Grammy Awards. Last year she was the youngest in history to be nominated in the ceremony's inception four top prizes in the same year.

'No Time to Die', is the 25. film in the series and the last one with Daniel Craig in the lead role, will premiere in april.