the Story does not hold. How does it sound from Alexandre Vinokourov, team manager for Astana, for the story to Astana and, among other things, Jakob Fuglsang 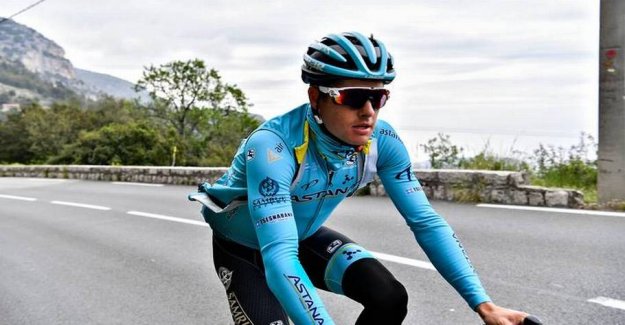 the Story does not hold.

How does it sound from Alexandre Vinokourov, team manager for Astana, for the story to Astana and, among other things, Jakob Fuglsang has been investigated for possible links to dopinglægen Michele Ferrari.

the Statement comes after the content in a report from Cycling's Independent Antidopingenhed (CADF) Sunday was published in the DANISH newspaper Politiken and in the Norwegian VG.

the Contents of the secret report, which CADF has hired an outside agency to make, showing, among other things, that Jakob Fuglsang in 2019 has been investigated about a possible connection to the dopinglægen Ferrari.

It also describes that intelligence indicates that Michele Ferrari was to have been present at the Astana team during the 2019 edition of the Spanish stage race, Volta a Catalunya.

But Alexandre Vinokourov doesn't give much for the accusations.

- How can anyone imagine that Michele Ferrari would not be discovered, if he was present at the Volta a Catalunya?

- All in the field would recognize him with the same, we all live on the same hotels, says Vinokourov according to netmediet cyclingnews.com to the French newspaper L'equipe.

- otherwise, why would he be at the race, when neither James or I were there? It's all based on the absurd rumors. We have not been in contact with the CADF, and clearly we are ready to cooperate with them and the UCI (The International Cykelunion, red.) in order to find the truth.

Jacob Fuglsang, denied on Monday that he met with Michele Ferrari.

- I don't know of any report, and I can confirm that there have been opened some matters against me by the relevant anti-doping authorities, wrote the dane in a posting on Instagram.

the CADF, which therefore stands behind the report, DR, Politiken and VG has published the content from, is a device funded by cycling's stakeholders, including the teams, The International Cykelunion (UCI), the organizers and the riders themselves.

the ITA is a non-profit entity established with the support of The world anti-doping agency (Wada).