Ibrahimovic gives the massive hint: We will see you soon

Zlatan Ibrahimovic has given a massive hint about which club he lands in, and much could indicate that it is either Milan, Naples, Bologna or Roma. The flambo 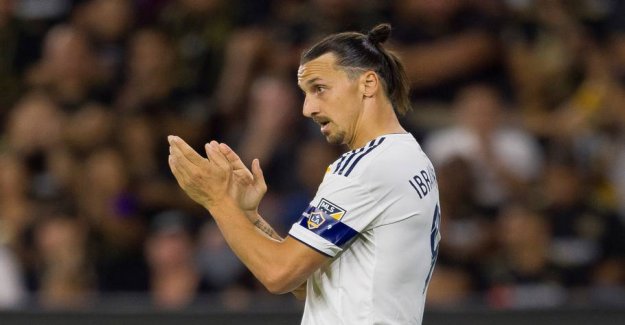 Zlatan Ibrahimovic has given a massive hint about which club he lands in, and much could indicate that it is either Milan, Naples, Bologna or Roma.

The flamboyant swede said so in a new interview with GQ magazine Italia:

- I want to join a club which must win again, and that must fony its history. I join a team that will take up the fight with anyone, said the swede in an interview with Itanlienske GQ, and continues:

- It is the only way I will be able to find the necessary motivation to surprise everyone yet again. It's not just about choosing a team, there are other factors that come into play, as, for example, my family's interests, says Zlatan, before he in the interview stressed, that it is a club in Italy, there is talk about.

- We will see you soon in Italy, says Zlatan.

Thus, it could thus look like Zlatan is talking about either Milan, Naples, Bologna or Roma, all of which have won the Italian championship, though it is gradually for a very long time ago. the

Within one of the four clubs won the Serie A was in the 2010/2011 season, in which AC MIlan brought the title to Milan.