CaptionCloseA Washingtonian won an award Sunday night for best costume design.Colleen Atwood was awarded an Oscar for her work in 'Fantastic Beasts and Where to Find Them'.Atwood was born in Yakima and studied at the Cornish College of the Arts in Seattle,... 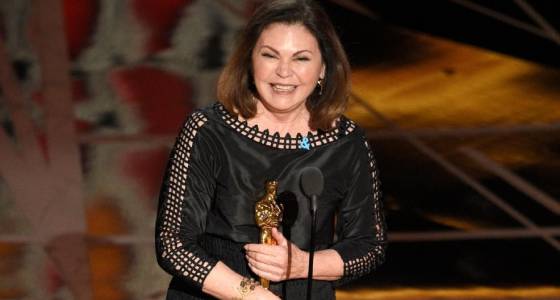 Colleen Atwood was awarded an Oscar for her work in 'Fantastic Beasts and Where to Find Them'.
Atwood was born in Yakima and studied at the Cornish College of the Arts in Seattle, according to the Associated Press.

She is also known for her work in 'The Silence of the Lambs', 'Arrow', and 'Big Fish'.

Washington state received a second shout-out earlier in the evening, when Academy Awards host Jimmy Kimmel—who once worked at a radio station in Seattle —gave a shout out to Jeff Bezos and Amazon.

Bezos is at the Oscars on behalf of Amazon. Amazon was one of the distributors for Best Picture nominee 'Manchester by the Sea'.

"If you win tonight, you can expect your Oscar to arrive in two to five business days," Kimmel said.

Read more about Atwood's costume design in 'Fantastic Beasts and Where to Find Them' here.