Sterling Jewelers says claims of discrimination are "not substantiated"

AKRON, Ohio -- Sterling Jewelers, the Akron-based parent of Kay Jewelers and Jared the Galleria of Jewelry, is disputing the portrayal in Tuesday's Washington Post of its company culture as one of widespread discrimination over pay and promotions.... 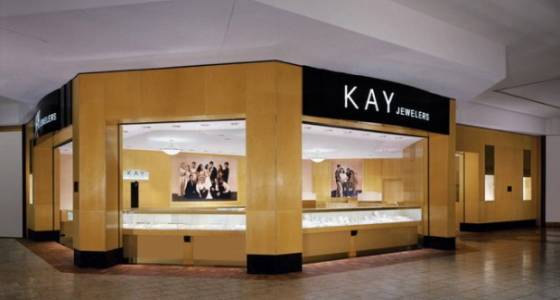 AKRON, Ohio -- Sterling Jewelers, the Akron-based parent of Kay Jewelers and Jared the Galleria of Jewelry, is disputing the portrayal in Tuesday's Washington Post of its company culture as one of widespread discrimination over pay and promotions.

"The distorted and inaccurate picture of our company presented in these allegations does not represent who we are," Sterling said in a written statement. "They involve a very small number of individuals in a workforce of more than 84,000 during the class period, and many of allegations go back decades.

"Complaints that were reported to the company were thoroughly investigated, and action was taken where appropriate. The company had - and continues to have - multiple processes in place to receive and investigate allegations of misconduct, and we continue to encourage all employees to use these processes to raise any workplace concerns so we can investigate and respond appropriately," Signet said.

The Washington Post story says hundreds of former Sterling employees accused its chief executive and other company leaders of presiding over a corporate culture of "rampant sexual harassment and discrimination."

According to private class-action arbitration documents obtained by the newspaper, about 250 women and men who worked at Sterling filed accusations saying that female employees in the late 1990s and 2000s were "routinely groped, demeaned and urged to sexually cater to their bosses to stay employed."

The employees, prevented by workplace policies from filing lawsuit, took their complaints to a company-provided arbitrator starting in 2008. The case, which now includes 69,000 current and former employees of Sterling, is still ongoing.

Sterling issued its own statement Tuesday, saying that "Because of our long-term commitment to equal opportunity, we have taken the allegations of pay and promotions discrimination raised in this case very seriously. We have thoroughly investigated the allegations and have concluded they are not substantiated by the facts and certainly do not reflect our culture."

"It's critical to understand that none of the 69,000 class members have brought claims in this arbitration for sexual harassment or sexual impropriety. Since the case was filed in 2008, it has never included legal claims of sexual harassment or hostile work environment discrimination... These allegations are being publicized by claimants' counsel to present a distorted, negative image of the company," Stering said.

A Sterling spokesman said via email that the Post story is "patently misleading, as the referenced arbitration matter contains no legal claims of sexual harassment.  We are currently seeking to have the Post correct this inaccurate story."

Betsy Rader, a plaintiff-side labor and employment attorney with Betsy Rader Law LLC in Chagrin Falls, said it's unusual to see documents from an internal arbitration case, which are usually kept confidential, as well as one that has taken so long to resolve. Even though both sides apparently agreed to release the records in this case, she cautioned against making broad assumptions.

"I think the lesson for employers is to take it very seriously when people come forward with a complaint. Not to retaliate, and not to be dismissive to the employee," Rader said. "You need your human resources people, if they get a complaint about a high-powered executive, to empower the people who are in charge of investigating the complaint to do the right thing."

David J. Steiner, an employment attorney at The Lazzaro Law Firm LLC in Cleveland, said: "As an employer, it's your responsibility to make sure this is not happening. You need to be training your managers about this stuff, and you need to be creating a culture where people are encouraged to complain if they see it happening to others or to themselves."

He said it's easy for employers to think they're doing enough to combat harassment and discrimination in the workplace, but that it becomes harder the larger and more widespread a company is. Sterling, for example, has 16,000 employees at 1,500 stores nationwide.

Steiner said it's important to understand that just because the employees' lawyers didn't pursue sexual harassment claims in the class-action arbitration "doesn't mean a lot of bad things didn't happen."

Rader said: "One thing that this case brings up is the importance of sexual harassment laws and anti-retaliation laws. It sounds like people did not feel safe reporting" what was happening in Sterling's offices and at its company gatherings.

That said, "I don't think company cultures like that are as unusual as you might think," she added.

"You need good laws" to help rein in bad behavior, she said. It's much easier for people to misbehave if they know that any complaints are going to be kept behind closed doors in arbitration proceedings.

"There is a bill in front of the Ohio Legislature right now that would make these laws harder to enforce, that would cut the statute of limitations, and cap damages. That would make it harder and harder for people to take their cases to court."

As for Sterling Jewelers, "it sounds like the company in this case is somewhat disadvantaged by not being in open court," Rader said. "You're seeing some stuff, but not everything. It's always hard if you're not seeing all of the evidence. You haven't seen the people be cross-examined, or the employer's testimony. If this was a trial, you would have their side of the story."

Shares of Sterling's parent company, Signet Jewelers Ltd. of Hamilton, Bermuda, fell 13 percent on Tuesday, to close at $63.59, down $9.29 per share.