WASHINGTON — Here's a look at how area members of Congress voted over the previous week. Along with roll call votes this week, the Senate also passed the National Aeronautics and Space Administration Transition Authorization Act (S. 442), to authorize... 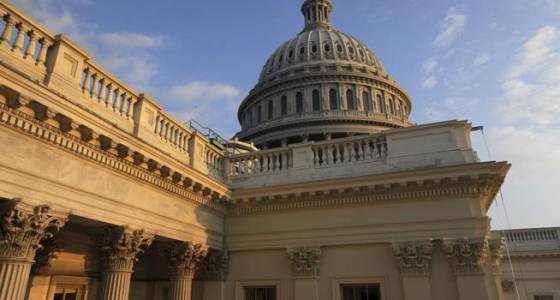 WASHINGTON — Here's a look at how area members of Congress voted over the previous week.

There were no key votes in the House this week.

EPA administrator: The Senate has confirmed the nomination of Scott Pruitt, formerly Oklahoma's attorney general, as Administrator of the Environmental Protection Agency. A supporter, Sen. John Barrasso, R-Wyo., said that in Oklahoma, Pruitt had succeeded in protecting the environment and punishing polluters, and at the EPA, Pruitt would reverse the agency's trend of advancing expensive and ineffective regulations. An opponent, Sen. Tom Carper, D-Del., said Pruitt would seek to cripple the EPA and was "hostile to the basic protections to keep Americans and our environment safe." The vote, on Feb. 17, was 52 yeas to 46 nays.

Debating Commerce secretary: The Senate has passed a cloture motion to end debate on the nomination of Wilbur L. Ross Jr. to serve as Commerce secretary. A supporter, Sen. Bill Nelson, D-Fla., although praising Ross as "a really good person," cautioned that as Commerce secretary, he would need to maintain scientific standards to support the agency's work of monitoring the weather, climate trends and potential security hazards. The vote to end debate, on Feb. 17, was 66 yeas to 31 nays.