The FBI is investigating the recent wave of bomb threats against Jewish community centers around the Big Apple and across the country, sources told The Post Tuesday.As many as 90 incidents in at least 30 states have now been reported since January — and... 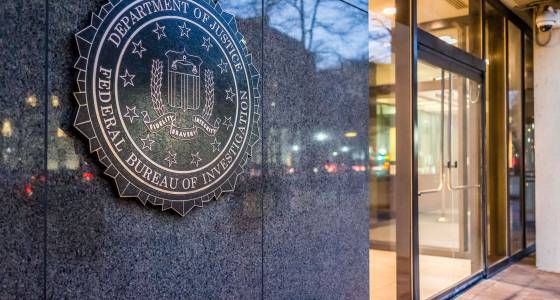 The FBI is investigating the recent wave of bomb threats against Jewish community centers around the Big Apple and across the country, sources told The Post Tuesday.

As many as 90 incidents in at least 30 states have now been reported since January — and local authorities are working with the feds to find out who is behind the threats.

“The FBI has taken the lead on this,” a law-enforcement source said.
“Obviously, it’s been happening nationally for the past three months or so. We believe it’s the same guy.”

The JCC Association of North America has tracked many acts of anti-Semitism and bomb threats over the last few months — at Jewish centers and schools in states including New York, New Jersey, Pennsylvania and Delaware.

A JCC on Staten Island was evacuated Monday morning after someone called in and claimed that a bomb would go off in two hours.

It was one of several calls made at New York JCCs that day when police responded to centers on Long Island and Westchester County.

Because bombs have yet to be found in any of the incidents, authorities believe the threats are the work of a single caller.

“For the past three months, he’s phoned in bomb threats to Jewish centers across the country and nothing ever happens. That’s not a terrorist. That’s a nut.”

A senior aide to President Trump, Anthony Scaramucci, came under fire Tuesday for suggesting that Democrats could be behind the calls — tweeting, “Don’t forget @TheDemocrats effort to incite violence at Trump rallies.”

Trump, meanwhile, offered a cryptic response when asked about the rising acts of anti-Semitism, during a meeting at the White House with state attorneys general — saying that “sometimes, it’s the reverse.” It’s unclear what Trump meant by that.

Later, however, at his speech to at joint session of Congress, Trump issued a strong denunciation of the hate calls.

“Recent threats targeting Jewish Community Centers and vandalism of Jewish cemeteries . . . remind us that while we may be a Nation divided on policies, we are a country that stands united in condemning hate and evil in all its forms,” he said.

The bomb threats on Monday, and in recent months, have included the evacuations of hundreds of preschool children and senior citizens.

Photos posted to Facebook on Jan. 18 by a teacher at the Sabes JCC in St. Louis Park, Minn., showed four cribs that were taken outside.