Galleries Videos CONTACT ADVERTISE
Famagusta 24°
clear sky
BUSINESS EDUCATION ENTERTAINMENT HEALTH POLITICS SCIENCE SPORTS TECHNOLOGY
12:08 Guide To Online Sports Betting: How To Choose A Sportsbook
08:28 What Are Some Reasons to Consult a Brain Injury Lawyer?
09:24 Blockchain Solutions for Enterprises: How To Increase Efficiency And Profitability
07:06 How To Deal With A Car Crash In New York
17:43 Tips to keep in mind while choosing the casino site
11:34 Relation Between Employee Theft and Pre-employment Screening Check
04:37 Search your own desired site to play sports for betting
18:00 Top 3 Career Path Options for Business Analysts Preview
15:35 The history of Imen Jane, who is the influencer and the charges on the...
18:48 Sebastian Vettel's Greatest Races
BIST
1124
GOLD
458.727
USD
7.6460
GPB
9.7703
EUR
8.8844
Breaking News
Top 3 Career Path Options for Business Analysts Preview
Close

Rates of colorectal cancer, which overall have been declining for decades in the United States, are instead rising sharply among young and middle-aged adults, according to a new study that startled researchers and is sparking questions about whether screening... 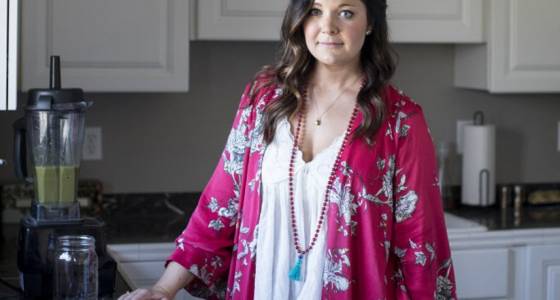 Rates of colorectal cancer, which overall have been declining for decades in the United States, are instead rising sharply among young and middle-aged adults, according to a new study that startled researchers and is sparking questions about whether screening should start earlier than age 50.

The study, published Tuesday in the Journal of the National Cancer Institute, found that between the mid-1980s and 2013, colon cancer rates increased about 1 to 2 percent per year for people in their 20s and 30s. Rates for middle-aged adults also rose, but at a slower pace.

Rectal cancer rates climbed even faster in recent decades, at about 3 percent per year for people in their 20s and 30s and 2 percent annually for those ages 40 to 54. As a result, three in 10 new cases of rectal cancer now are diagnosed in patients younger than 55 — double the proportion in 1990. By contrast, rectal cancer rates in adults ages 55 and older have dropped for four decades.

American Cancer Society researcher Rebecca Siegel, who led the study, said that earlier work had signaled a growing incidence of colorectal cancer among the groups known as Gen X and millennials. But the magnitude of the increase “was just very shocking,” she said, as was the finding that the underlying risk of colorectal cancer appears to be rising.

The study, which included scientists at the NCI, didn’t determine the reason for the shift. But Siegel suggested one explanation might be a complex interaction involving the same factors that have contributed to the obesity epidemic — changes in diet, a sedentary lifestyle, excess weight and low fiber consumption.

Colorectal cancer refers to malignancies in the colon or rectum, which are parts of the large intestine. Most cancers there start as polyps, or growths, on an inner wall. Most polyps are benign, but over time some can develop into cancer. The American Cancer Society estimates that more than 95,000 new cases of colon cancer and almost 40,000 new cases of rectal cancer will be diagnosed in 2017. About 50,000 people are expected to die of colorectal cancer in the United States this year. David Dee Delgado, New York Times Chris Roberts, 30, who lost 20 pounds before learning he had colon cancer, in New York, Feb. 25, 2017. A new study that analyzed cancer incidence by birth year found that colorectal cancer rates, which had dropped steadily for people born between 1890 and 1950, have been increasing for every generation born since 1950.

Jessica Dilts, 34, of New Hudson, Mich., was a fitness devotee and long-distance runner when she noticed blood in her stool in October 2014. Her gastroenterologist dismissed her symptoms as hemorrhoids or an intestinal disorder; a year later, after her symptoms worsened, she had a colonoscopy and was diagnosed with rectal cancer that already had spread to her lungs and liver.

“I was in shock,” she said. “My whole world changed that day — I could hardly get out of bed.” She began an aggressive chemotherapy regimen and expects to be on maintenance chemotherapy indefinitely. For now, she is doing well. Her lung tumors have disappeared, and those in her liver are shrinking. She’s working full time in sales and getting married in June.

The study confirms what many doctors have been seeing among their younger patients, said Nilofer Azad, an oncologist at the Sidney Kimmel Comprehensive Cancer Center at Johns Hopkins, who was not involved in the research. “I have many patients in their 30s and 40s, and some in their 20s,” she said.

“The vast majority of young people won’t get colorectal cancer, and their symptoms are more likely not the disease,” she said. Still, she added, it’s critical that young people who have symptoms — which include rectal bleeding or a change in bowel habits — “push their doctors if the problem doesn’t resolve.” Young people often are diagnosed at a later stage because, unlike older Americans, they aren’t getting screened, and doctors don’t necessarily suspect cancer, Azad noted.

Recommendations by the American Cancer Society and other expert groups generally have called for colonoscopies or other tests starting at age 50 for a person with average risk but earlier screening for individuals with a family history of cancer. Some of those recommendations are under review.

“We need to do a new analysis to see if we should start screening earlier, like at 45,” Azad said.

With colorectal cancer rates increasing for people in their early 50s but decreasing for those in their late 50s, the study found a strikingly smaller gap in incidence within just that decade of life. The younger group’s rate used to be half that of the older group; it now is just 12 percent lower.

Accountant Dorothy O’Shea of Marlborough, Mass., refused when her primary-care provider urged her to get a colonoscopy at age 50. As a runner and vegetarian, she said she didn’t see the need to undergo screening. Then a close friend got colorectal cancer and begged her to get tested. She decided to use the physician-prescribed Cologuard test, which involves sending a stool sample to a lab that looks for abnormal cells.

Two weeks later, her doctor got the results, which indicated there might be a problem. At that point, she readily underwent a colonoscopy and was diagnosed with Stage 1 colon cancer. She has now changed her mind: “I really think that everyone should get screened in their 40s.”