CLEVELAND, Ohio -- Andrew Poturalski scored at :34 of overtime as the Charlotte Checkers defeated the Cleveland Monsters, 5-4, Friday night at Bojangles' Coliseum in Charlotte, N.C. The Checkers trailed, 4-2, in the third period. The Monsters slipped to... 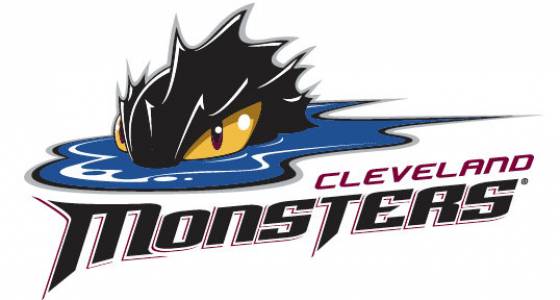 CLEVELAND, Ohio -- Andrew Poturalski scored at :34 of overtime as the Charlotte Checkers defeated the Cleveland Monsters, 5-4, Friday night at Bojangles' Coliseum in Charlotte, N.C. The Checkers trailed, 4-2, in the third period.

Ryan Craig converted a dump-in by T.J. Tynan to give the Monsters a 3-2 lead at 5:49 of the third. Craig notched his sixth. The Monsters made it 4-2 at 11:59 when Jordan Maletta sent a rocket from just inside the blue line past goalie Alex Nedeljkovic (No. 8).

Joe Devin gave the Monsters a 1-0 lead at 2:55 of the first period. He camped on the far post and tapped in a rebound for his first.

The Checkers answered at 4:06 of the second period. Poturalski redirected Haydn Fleury's shot from the point (No. 12).

The Monsters regained the lead during a 4-on-4 at 5:28, Marc-Andre Bergeron using a wrister from the left circle in transition (No. 3). Less than 30 seconds later, Patrick Brown spun in the circle and beat goalie Anton Forsberg (No. 10). Brown's tally also was in a 4-on-4.

Notable: Earlier Friday, Monsters goalie Joonas Korpisalo was recalled by the NHL's Columbus Blue Jackets and winger Markus Hannikainen was added to Columbus' roster on an emergency basis. Forsberg was assigned to Cleveland.

Blue Jackets winger Matt Calvert is listed as week-to-week because of an oblique strain suffered Feb. 19.

The AHL announced that Monsters defenseman Ryan Stanton has been suspended for two games because of his actions in a game at Chicago on Feb. 22. Stanton was suspended under the provisions of AHL Rule 28.1 (supplementary discipline). He missed Friday's game and will not play Saturday at Charlotte.