A 10-year-old Australian boy has survived a bite from one of the world’s deadliest spiders after taking a record 12 vials of anti-venom, local media reported.Matthew Mitchell was helping his dad clear out the back shed at their home north of Sydney when... 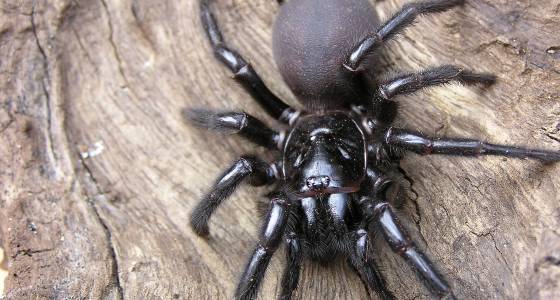 A 10-year-old Australian boy has survived a bite from one of the world’s deadliest spiders after taking a record 12 vials of anti-venom, local media reported.

Matthew Mitchell was helping his dad clear out the back shed at their home north of Sydney when he was bitten on the finger by a funnel-web spider that had been lurking in his shoe.

“It sort of clawed onto me and all the legs and everything crawled around my finger and I couldn’t get it off,” he told the Australian Daily Telegraph.

His family used his shirt as a compression bandage to try to slow the venom’s spread and rushed him to a hospital.

He experienced convulsions but survived after being given 12 vials of anti-venom, which local media said was an Australian record.

The funnel-web spider is among the world’s deadliest spiders. Its venom attacks the nervous system, causing foaming at the mouth, muscle spasms and potentially death.

The spider was caught and taken to the Australian Reptile Park, where it will be milked as part of their program to develop anti-venom.

The 10-year-old was “as lucky as they get,” Australian Reptile Park general manager Tim Faulkner told The Telegraph.

Australia is home to a startling number of the world’s deadliest creatures, including snakes, spiders, jellyfish and octopuses.

The funnel-web is particularly feared, but no deaths have been recorded since the anti-venom was developed in the 1980s.

In December, a 5-year-old girl was rushed to a hospital with a swollen leg after suffering a severe allergic reaction to a spider bite.

Lola Hutton came home from school complaining of an itchy leg and within hours she had developed an agonizing lump “about half the size of a Ferrero Rocher,” a round chocolate treat a little smaller than a ping-pong ball.