Boulder's path forward in muni effort could be plotted soon

Something related to Boulder's municipalization bid is going on the city's November ballot. That much is all but certain.It could be an extension of the voter-approved Utility Occupation Tax that has funded the Boulder bid to acquire certain Xcel Energy... 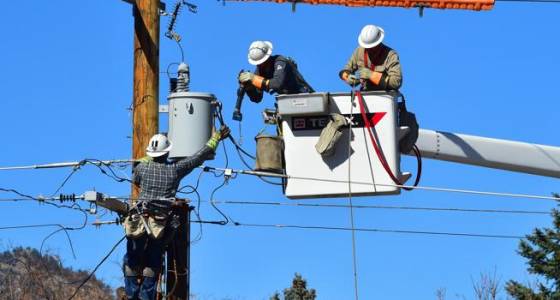 Something related to Boulder's municipalization bid is going on the city's November ballot. That much is all but certain.

It could be an extension of the voter-approved Utility Occupation Tax that has funded the Boulder bid to acquire certain Xcel Energy assets and form a municipal electric utility, or it could be a new franchise agreement with Xcel that allows the incumbent to retain its customers in the city.

Proceedings at the state Public Utilites Commission in coming months will determine what, exactly, citizens are voting on come November.

The intervening parties in the case filed answer testimony to Boulder's application on Feb. 17, and the city will soon have the opportunity to file rebuttal testimony.

In order to do that, Boulder may need to ask questions of certain parties about how they developed their positions. To get to the foundation of those testimonies, Boulder will submit discovery in the form of questions, and may yet receive new information, from Xcel and others, to which it hasn't yet been privy.

But included in the Feb. 17 filings was testimony from PUC Chief Engineer Gene Camp, who wrote a recommendation to the commissioners that centered largely on concerns about Boulder's transition plan, in which the city proposes a five-year wholesale contract with Xcel. Boulder seeks to lease the Xcel facilities it wants to acquire back to the company and buy power for five years while it builds out its own electric generation assets.

Camp wrote that there is " no clearly established Commission authority to order (Xcel) to enter into a commercial contract to lease the (p)roperty after it is acquired by Boulder."

However, Camp also recognized that Boulder does have a right to municipalize, even if the particular path proposed so far isn't viable, in his opinion.

Responding to Camp's comments, Councilman Sam Weaver, who has helped lead the city's municipalization bid, said in an interview that he believes the PUC can require Xcel and Boulder to develop a joint plan.

"When the city takes ownership, in that process, there has to be some kind of handover," Weaver said. "How extensive that handover is and how the city and Xcel work as engineer units — that's a process.

"It may not look like what we've proposed, but it can't just be that somebody snaps their fingers, condemnation court rules, we take ownership and, boom, there's a cutover."

The debt-funded proceedings to condemn Xcel assets within city limits, combined with debt-funded construction costs, would cost as much as $267 million, Boulder estimates.

On March 10, the parties in the case will reconvene at the PUC for a pre-hearing conference, and hearings are currently scheduled to begin April 26 and end May 5.

The commission must issue a final decision by June 15, a PUC spokesman said.