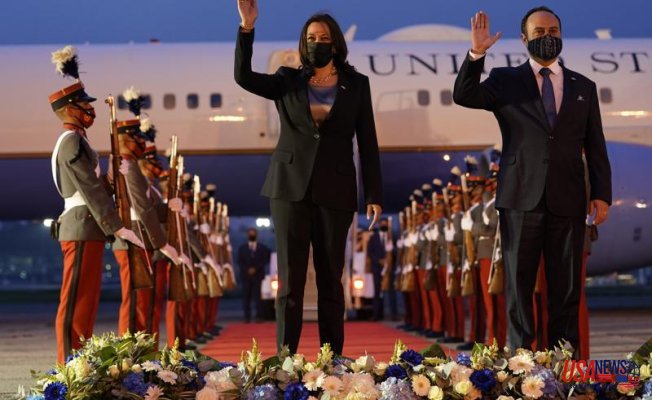 In March, President Joe Biden tapped Harris to help counter the political, social and economic forces that drive migrants to the U.S. and asylum seekers who have crossed the border illegally between the U.S. and Mexico.

Harris called on the private sector to invest El Salvador, Guatemala, and Honduras in May to increase stability and opportunities in Central American countries. Monday's announcement continues Harris' "call to actions" by announcing new commitments and encouraging other companies to invest.

Nespresso announced Monday a push to support coffee-growing in El Salvador and Honduras, and Microsoft launched a Microsoft initiative that connects millions of people to the Internet. Mastercard also committed $100 million to the region to encourage digital payments and ecommerce.