Mundbind on the way from China to the Danish care centers 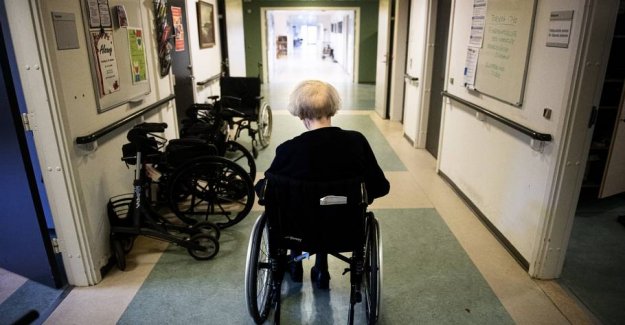 Nursing homes across the country fear that they will before long run out of mundbind and other equipment to protect employees from infection of each other and the residents with the coronavirus.

In the Danish Diakonhjem says director Emil Tang, that especially demand on the mundbind is great.

He has just received help from the Danish Diakonhjems business partner in China.

- I have been in contact with them over the weekend, and it is agreed that we can get to 50,000. They are being sent by plane, and can be in Denmark, probably on Tuesday, " says Emil Tang.

Danish Diakonhjem driver 50 care centers across the country, but the plan is to share the consignment with nursing homes outside of the organization.

- I need Monday to speak with the authorities about how they will make the greatest benefit right now, " says Emil Tang.

At individual nursing homes, also outside the Danish Diakonhjem, they have during the week been so desperate that they've even sewn mundbind of the sheets. But the Patient warned to use since they have no security to provide.

- There is a direct danger of infection by using them, and therefore advised against the strongly, " says Emil Tang.

The big demand is because there is generally large uncertainty about the infection in the plejehjemmene. This is due, among other things, that only a few people so far, are tested for whether they are infected with coronavirus.

Why do most sygemelde for the sake of security, but before this happens, they may have a chance to infect others.

this week gave new guidelines from the Danish Health and medicines authority therefore, employees in the health service with light to moderate symptoms the opportunity to be tested.

But as yet has not seriously come a time in the performance of the tests.

It is due to a delivery of reagents from the manufacturer Roche Diagnostics, which was promised, has not come forward.

IN the OK Foundation, which operates 16 care homes, says director Ulrich Ahrendt-Jensen, that the lack of testing means that it will become even more important to make sure that no employees get to spread the infection.

- We must take all the precautions we can to avoid spreading to colleagues or residents. In particular, we ensure good hand hygiene, but it's also about having enough suits, masks and gloves, says Ulrik Ahrendt-Jensen.

He says, that the OK-Fund is working to obtain multiple masks:

- Right now we are covered, but we have no large buffer, and therefore it is a race against time, he says.