Company donates 8000 rolls of toilet paper to the elderly

Dexter's Cleaning - a cleaning company based in Melbourne - has given 8000 rolls of toilet paper to the elderly and infirm in the australian state of Victoria. 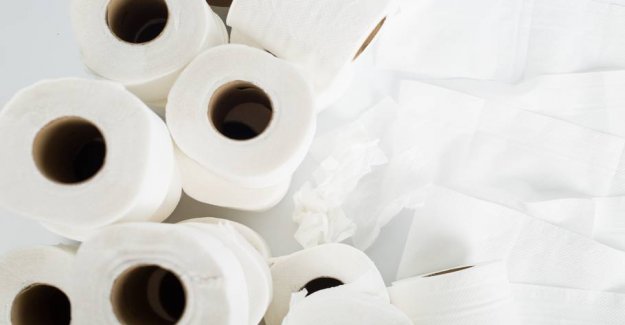 Dexter's Cleaning - a cleaning company based in Melbourne - has given 8000 rolls of toilet paper to the elderly and infirm in the australian state of Victoria.

It happens after the owner, Dexter Gordon, heard a program on the radio, where the hosts appealed for local businesses to donate needed products to society's most vulnerable citizens.

I called to them and said that I had a lot of extra toilet paper, so I gave 8000 rolls to Fox FM (radio station, red.) so they could help with to give them to people in need, says Dexter Gordon to the australian media.

After the many rolls have been donated, the company will receive, before long, even a consignment of toilet paper. These rolls expecting Dexter Gordon, however, selling via the web. But also this time he would like to ensure that the rollers, which for several weeks has been hoarded away from the shelves in australian supermarkets, goes to the people who need them most.

- We urge people to only buy it for the weak and the elderly. We put our trust that people are honest. We are in this together', says the owner.

At the radio station Fox FM is a radio announcer Fifi Box happy to have created a platform for people who want to help others in difficult times.

- We would make a bail-out to the lonely isolated people, particularly the elderly, and we are so thankful that Dexter has donated all of their toilet paper, which is similar to gold right now, " says Fifi Box news.com.au.