What is that woman doing alone surrounded by men?

In an image from 1960, avant-garde filmmaker Shirley Clarke is seen celebrating her first feature film. 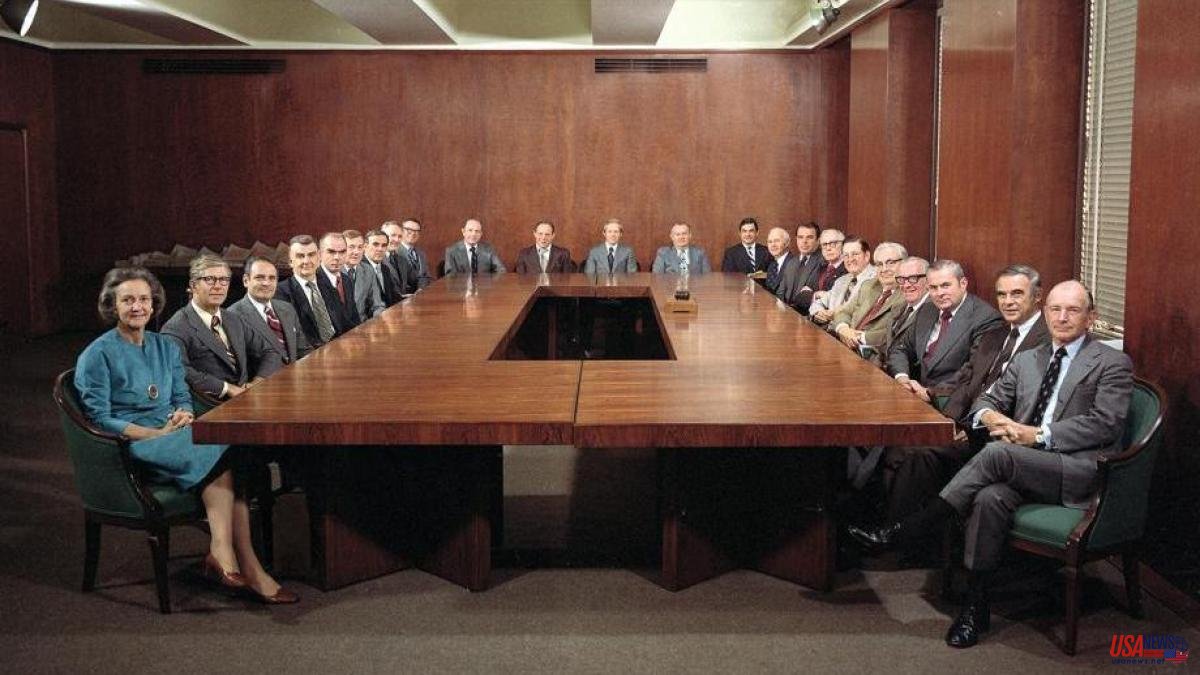 In an image from 1960, avant-garde filmmaker Shirley Clarke is seen celebrating her first feature film. She is seen standing radiant with a drink in her hand, but she is the only woman among the twenty-two men on the team surrounding her. "Why was she alone? What did this mean? New York documentary filmmaker Immy Humes became so obsessed with that photograph that she began to search through old magazines and archives, and the obsession turned into concern when she discovered that the formula –a woman alone in a group of men– was repeated over and over again. whether in the field of art, politics, sports or science. "What were they doing there?"

“It was surprising how many women had snuck into the photo, one at a time. Rarely two, never three. It was like playing a female version of Where's Wally?" describes Immy Humes in One Woman Only (Phaidon), a book in which he compiles a hundred images taken in twenty countries between 1862 and 2020. "At first I thought it was of tokenism, but it was not. A group that chooses a token pretends to show that it is inclusive or pretend that it accepts the other while continuing to exclude them. But most of these groups of men had not yet received any pressure to open their doors to the excluded, ”he argues. It was clear, for example, that the woman who in 1894 posed standing next to a group of young graduates of the US Naval Academy was something else. It was enough for him to read the caption to know what it was about: "Class with her pet."

It's not always that simple. The filmmaker makes use of what is known as the "Smurfette principle" coined in 1991 by the feminist Katha Pollitt to explain the existence of a large part of the images. There's Handy Smurf, Fireman Smurf, Clumsy Smurf... And then there's Smurfette. “She was the only one, she was enough, she represented all women. This is the mystique of tokenism, which is capable of turning half of humanity into a single individual”, she agrees.

But obviously this is not the only role played by women in a variety of male-dominated settings. There are the first, the wives or the daughters of, the cooks, the singers, the models, the servants or the shop assistants... Beyond the images, or thanks to them, Humes rescues the stories of a hundred women, from Anna Searcy , the first woman to graduate from the University of Missouri School of Medicine and who until relatively recently was identified in the photo caption as “the secretary of the class”, to the revolutionary Ieshia Evans confronting the police during the protests for the police murder of Alton Sterling in Baton Rouge, Louisiana, in 2016.

Traveling through different times and cultures, the author also documents the adventures of Florence North, who became famous as a boxing promoter in New York in the twenties, or Virginia Wright, known as Bobbie Bates, a professional bank robber who in the mugshot appears among the ten men in the gang, elegantly dressed in a long black coat.

And although it might seem like an exception, the artists are also legion. Hedda Sterne's head protrudes above her colleagues Jackson Pollock, Mark Rothko and Willem de Kooning, protesting the backward attitudes of the Metropolitan Museum. To "flatter" her, they said things like "you're one of us" or "you look like a man", although as she would explain later: "It bothered them that I was in the photo because they were macho enough to think that the presence of a woman would make them less serious”.