The Vallviva Festival brings together artists such as Rosario, Sergio Dalma and Mishima in La Garrotxa

Businessman Eudald Morera, promoter of the Vallviva Festival, which between this Thursday and Saturday will put the small town of La Vall d'en Bas (Garrotxa) on the map of summer festivals, likes to say that this is a contest “ atypical” that “is born from the heart and is made with the heart”. 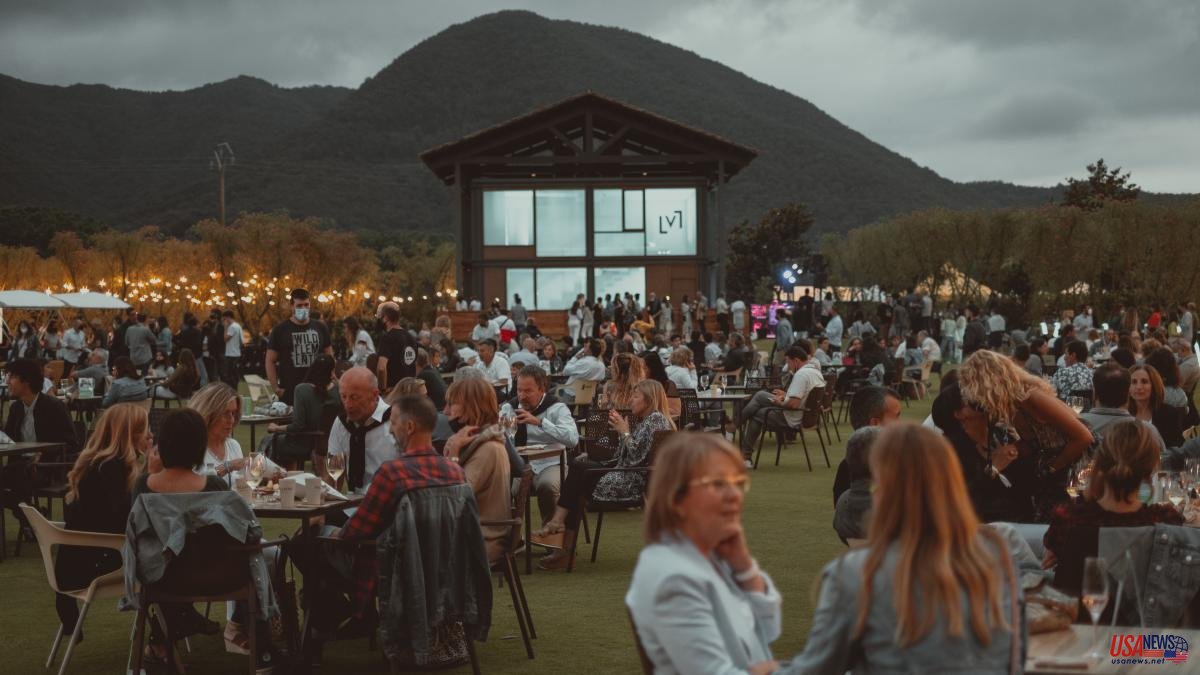 Businessman Eudald Morera, promoter of the Vallviva Festival, which between this Thursday and Saturday will put the small town of La Vall d'en Bas (Garrotxa) on the map of summer festivals, likes to say that this is a contest “ atypical” that “is born from the heart and is made with the heart”. It's not talk.

Sick with cancer, the festival is a form of gratitude with life, to all the people who have given him their support in this harsh disease. In its first edition held last year – with a capacity still marked by the restrictions of the pandemic – it brought together 1,900 people, a figure that is expected to triple this year, as well as its budget, which has reached the figure of 800,000 euros.

A festival - he explains - "100% supportive", whose benefits will be shared between three foundations: the Albert Bosch, to help the pediatric oncology unit of the Vall d'Hebron Hospital; to the project of Juan Carlos Unzué, a patient with amyotrophic lateral sclerosis (ALS) and to the Girona Oncology Foundation.

The festival kicks off today with one of the headliners, the singer from Sabadell with more than thirty years on stage, Sergio Dalma, who will take the opportunity to present his latest record project, Alegría.

He will be accompanied today on the different stages of the event by other emerging authors such as the pianist, guitarist, singer and composer Maria Hein, who will present her debut album, Continent i contingut, together with the musician Ferran Palau; Èric Vinaixa, with her latest work, which fuses pop, rock and songwriting, and the singer-songwriter from Manlleu Guillem Roma.

On Friday it will be the turn of the tireless Rosario Flores and Mishima, who will present their new album L'aigua clara live, the tenth of their career. The composer Agnès Algueró will make her debut on the festival stage to present her first album, Bosc endins, recorded and created in her town, Batet de la Serra (Garrotxa), and will complete the day Grabu, the artistic name of Arnau Grabolosa, an artist who combines jazz with electronics and that last February released its third and fourth singles.

The festival will be closed on Saturday by two prominent names on the current music scene, such as Stay Homas, who will present their latest album Agua, and Sofía Ellar, an artist with more than a million listeners on Spotify and more than 45 million views on YouTube, who will offer in La Garrotxa one of the few concerts that it will perform in Spain this summer.

Also the singer-songwriter, Jessica Mellado from Olot with Andalusian roots, and the voice and guitar of Toni Beiro complete the Vallviva poster that will be held on the estate 'Les Brides', located in the Natural Park of the Volcanic Zone of La Garrotxa and property de Morera, the alma mater of the contest.

Morera, owner of the company Royalverd -responsible for the grass of half the pitches in the Spanish league- affirms that he wants to consolidate Vall d'en Bas and Garrotxa as "essential destinations" on the Catalan festival circuit.

Morera points out that the festival is possible thanks to the Vallviva Foundation, whose patronage is made up of heads of Royalverd and Noel Alimentaria, and which also has the collaboration of more than 150 companies.

Tickets cost 65 euros for performances on Thursday and Friday and 50 euros on Saturday. The ticket includes all the concerts of the day; reservation of seats in the stalls and free access to two tourist initiatives in the region, the Espai Cràter de lot and the Can Trona space in the Vall d'en Bas.

The restaurant with two Michelin stars Les Cols will take care of the gastronomic section. In the space you can also taste some of the products of La Garrotxa.