The Russians destroy the last bridge in Severodonetsk 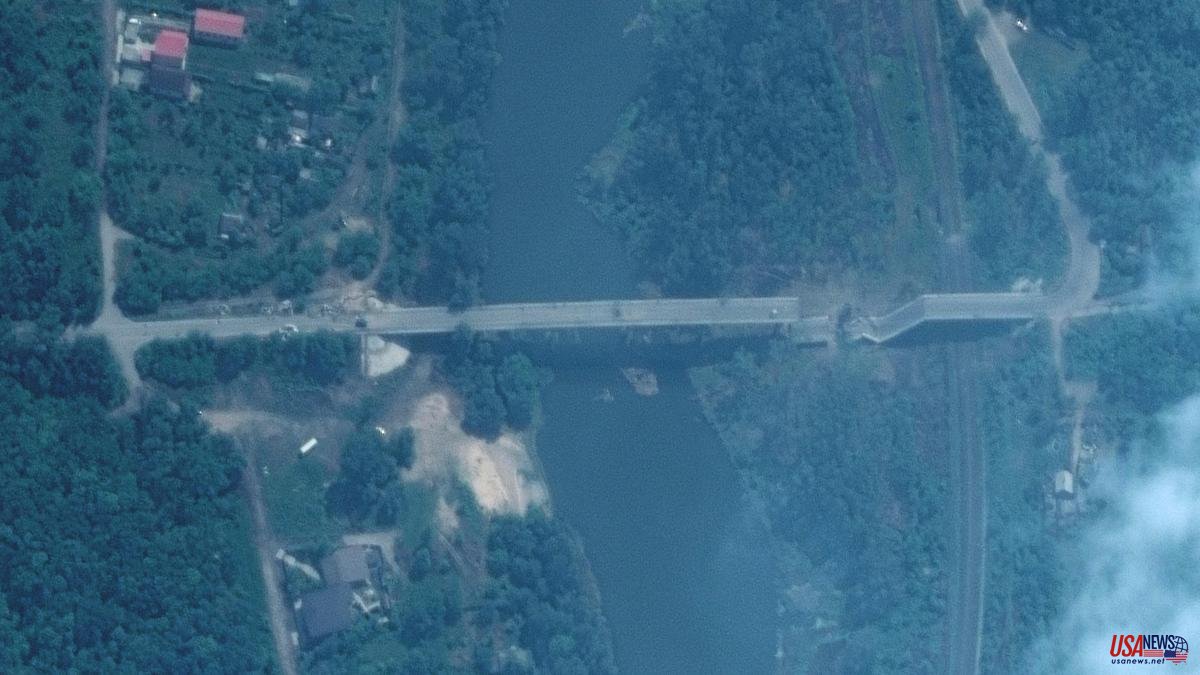 Severodonetsk is practically isolated. Its main connections with the rest of Ukraine, the four bridges (including a railway one) that linked the city with neighboring Lisichansk, on the other side of the Siverski Donetsk river, have been destroyed by the Russian army. The situation makes it difficult (if not impossible) to evacuate the civilian population. There are at least 12,000 people trapped in the small industrial town in Luhansk province, whose struggle will determine the future of the Donbass region. More than 500 of them, including 40 children, remain in the Azot chemical plant, where the Ukrainian army is holding out, while the Russians control 80% of the city.

These are data provided by the head of the Military Administration of the Luhansk region, Sergei Haidai, who on Monday warned that the destruction of the Proletarsky bridge over the weekend -located to the north of the other two: Yuvileyny and Pavlograd, impracticable for a long time days - trapped the civilians still in Severodonetsk and prevented the delivery of humanitarian supplies. Later, he gave a more favorable report of the situation to the AP agency: "There is still an opportunity for the evacuation of the wounded and communication with the Ukrainian army and local residents," he said on Tuesday.

Meanwhile, the Russian artillery continues to hit the Azot chemical plant, whose situation risks becoming another Mariupol, although its facilities are less resistant than the Azovstal steelworks, where hundreds of civilians and more than 2,500 fighters took refuge for weeks. on the site the port city in southern Ukraine.

The Russian Ministry of Defense announced that it will open a humanitarian corridor on Wednesday to evacuate the fifty civilians trapped in the factory, although bound for the city of Svatove, some 50 kilometers to the north, in Ukrainian territory controlled by the Russians. In addition, he asked the Ukrainian military entrenched in the plant to abandon the resistance and lay down their weapons, Colonel General Mikhail Mizintsev, head of the Russian National Defense Control Center, said in a statement.

Ukrainian President Volodymyr Zelensky lamented in his speech Monday night that the battle for Donbass would go down as one of the most brutal in European history. The region, which includes the provinces of Luhansk and Donetsk, self-proclaimed autonomous people's republics by Russian separatists. "For us, the price of this fight is very high. It's just terrifying," he added. A few days ago, the casualties of Ukrainian soldiers in the fighting in this city were between 100 and 200 a day.

For this reason, Zelensky made the umpteenth appeal to the Western allies to send "modern artillery that guarantees the advantage" to Ukraine. His advisor, Mikhailo Podolyak, was more specific, posting a wish list directly on Twitter: Ukraine needs 1,000 howitzers, 500 tanks and 1,000 drones, among other heavy weapons.

Russia, for its part, defends that its main objective is to protect Donetsk and Luhansk, according to Kremlin spokesman Dmitri Peskov, although its scorched-earth combat strategy destroys everything in its path. When the Russian invasion of Ukraine began on February 24, Russian President Vladimir Putin justified his "special military operation" in order to "denazify" his neighboring country.