If you don't want broth, have two cups. 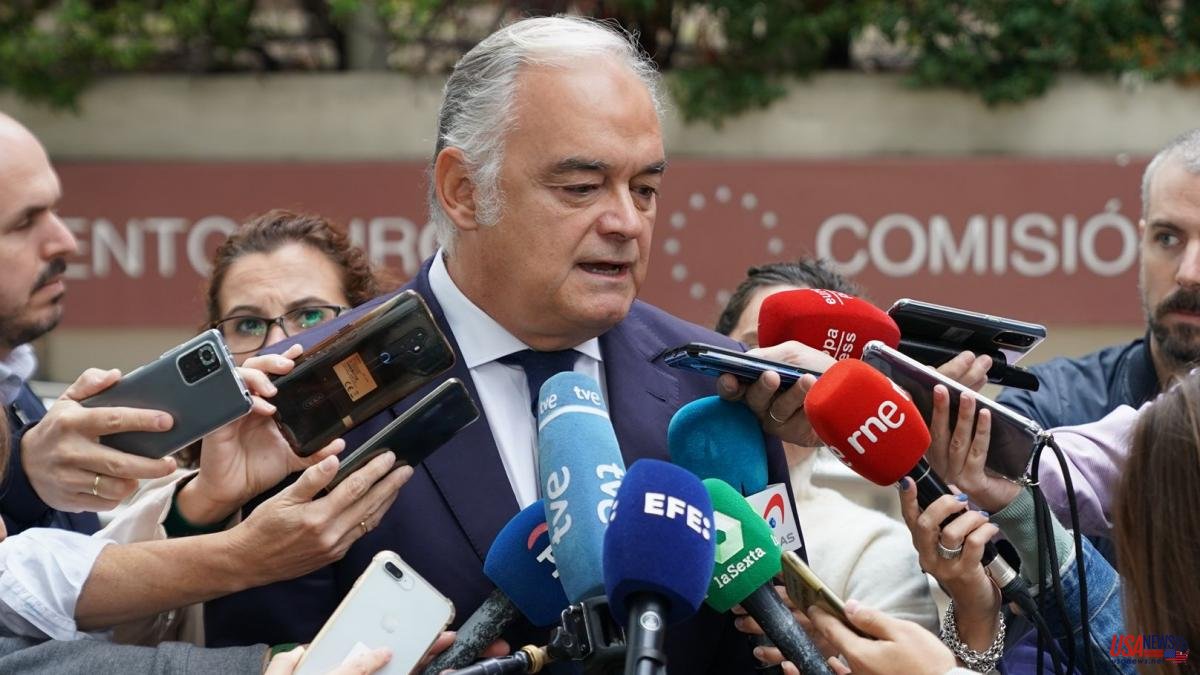 If you don't want broth, have two cups. It seems to be the idea that has inspired the reform of the election of the members of the General Council of the Judiciary that the PP has registered in Congress, after the negotiations with the Government blew up over the abolition of the crime of sedition, when the agreement was practically closed. At that time, at the end of October, when the PSOE accepted the condition of ERC to approve the budgets, the principle of agreement went through the renewal of the Council, but laying the foundations for a modification of the renewal, in which the role played by judges in the elections of magistrates, as recommended by Europe.

However, in the proposal registered this morning by the PP in Congress, prepared by the team of the PP's Institutional Vice-Secretary, Esteban González Pons, raises an ordeal and it is clear, of the 20 members that make up the Council, the 12 that according to the Constitution they have to be chosen from among judges and magistrates, they should be chosen by the judges themselves, without any intervention from Congress and the Senate, as is the case now.

Under the current legislation, those 12 judges and magistrates are chosen by Congress and the Senate, but from a broader list of candidates chosen by the judges and magistrates themselves, through a selection process in which the associations of judges can make proposals. Judges, or any judge can appear as long as they have a certain number of endorsements. With the PP's proposal, Parliament, that is, neither Congress nor PP would have any role in the appointment.

The bill, which the PP intends to have debated as soon as the parliamentary holidays are over, also establishes conditions such that two of these two members must be Supreme Court magistrates, three must have a career of more than 25 years and the other seven will not be required that seniority. In addition, they may not have held a position in the Government, the government councils of the autonomous communities, or organic positions in parties or unions in the last five years.

The PP also includes conditions for the election of the other eight members, who do not have to belong to the judicial career, and who, according to the Constitution, must be appointed from among renowned jurists. These members, who will be elected four by Congress and four by the Senate, as established in the Constitution, must obtain the favorable vote of three fifths of the chamber that elects them, a very strong majority, but conditions are also placed on the candidates. They must have more than 15 years of experience in legal professions, and accredit outstanding merits in their exercise, but also members of the judicial career may not be elected in this turn.

With this condition, Judge José Ricardo de Prado, who signed the Gürtel ruling that provoked the motion of no confidence that ended the Government of Mariano Rajoy, could not have been appointed as a member of the negotiations that the Government and the PP.

And it is that the judge of Prada, was not on the list of judges chosen by the judges so that among them the parliament chose the 12 members, and that is why United We Can introduced him as their candidate in the negotiation for the turn of jurists of recognized prestige, which blocked the renewal of the Judiciary in 2021, given the refusal of the PP to admit that candidate. These candidates, among jurists of recognized prestige, may not have belonged to the central government, the autonomous governments in the five years prior to their appointment, they may not have been MEPs, deputies, senators or members of the autonomous legislative assemblies, nor have held organic positions in parties or union organizations.

The PP bill, which states that in this way the depoliticization of Justice is proceeded, as requested from Europe, also provides for the appointment of alternate members, so that if any of them ceases to hold office, there will be no to proceed to the renewal, which will only take place every five years, but will be replaced by one of the substitutes until the end of the mandate of the Council.

The proposition, to avoid situations of blockade like the current one, contemplates that in the event that Congress and the Senate do not choose the members in a timely manner, the Council will also be formed with the judges appointed by the judges and the outgoing members of the chamber or the chambers that have not proceeded to the renewal, and only when that agreement is reached, the candidates corresponding to that chamber will be renewed. In addition, the Council thus constituted will have all the effective powers, and not like now, when a proposal by the PSOE and United We Can took away powers to, for example, elect Supreme Court magistrates.